All University of California schools have suspended upcoming study abroad programs due to the virus outbreak. 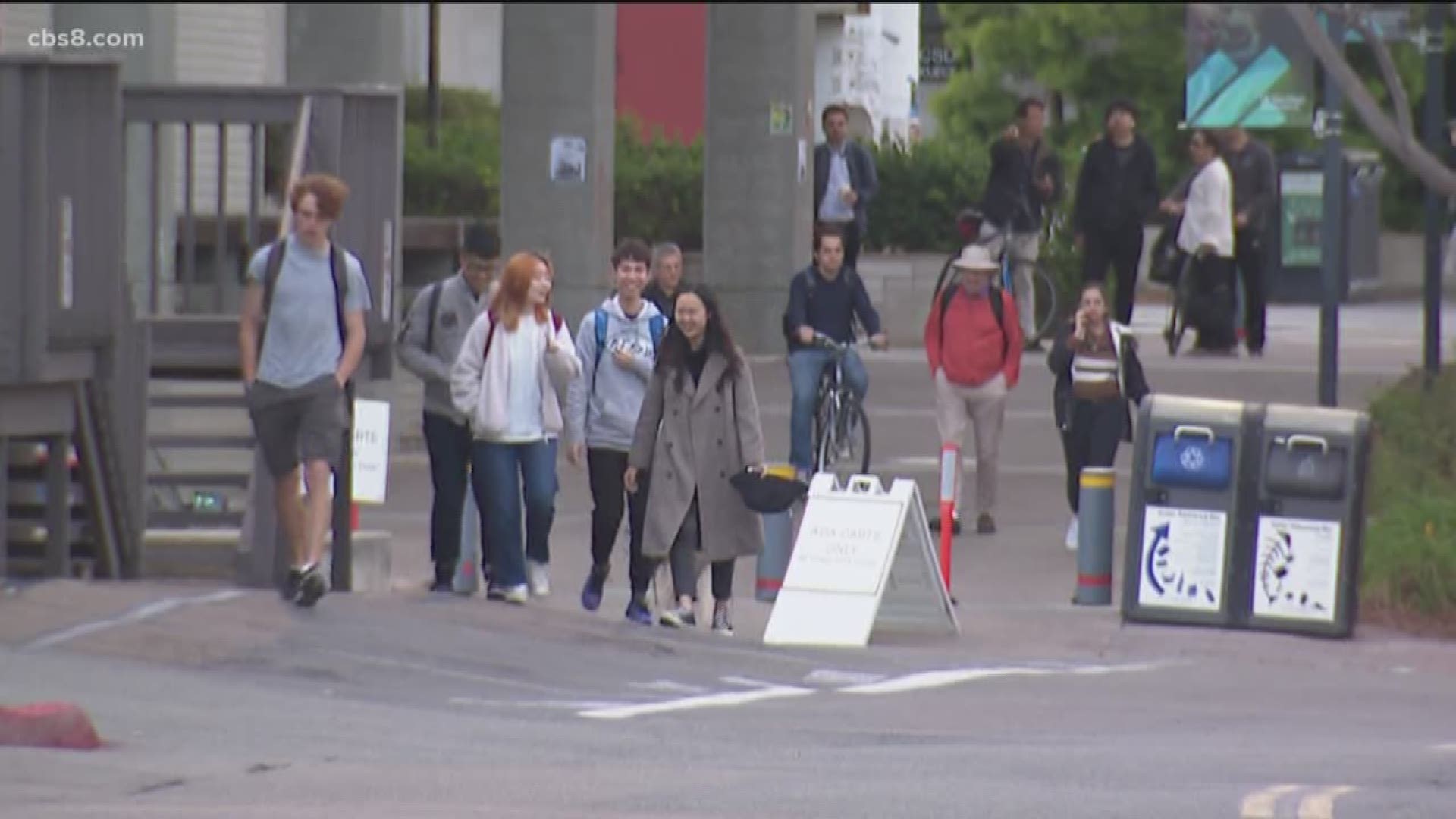 SAN DIEGO — The coronavirus travel restrictions are affecting international students across California, including many at San Diego State University.

All University of California schools have suspended upcoming study abroad programs due to the virus outbreak.

Andrew Chen had big spring break plans back home in China, but as coronavirus continues to spread around the world, the second-year Chinese exchange student said he had no other choice but to stay in San Diego.

UC San Diego has not restricted foreign students from traveling home for spring break, but many airlines have suspended services. The State Department has advised Americans not to travel to regions hard hit by coronavirus.

Carol is graduating in March, but her parents will not be able to see her because of the travel ban on China. She also doesn’t see herself going there anytime soon.

“Some friends of mine have already booked tickets to go to China. The earliest is April or May,” she said.

Students enrolled in the study abroad program are also in limbo. The University of California has joined other university systems in suspending the program in three countries with travel advisories: China, South Korea, and Italy.

Students who are already overseas will be subject to the same screenings and quarantines as any traveler from affected regions.

Andrew Chen is relieved he is free to travel within the country.

China's coronavirus caseload continued to wane even as the epidemic took a firmer hold beyond Asia. Tuesday's update of just 125 new cases is China's lowest number since Jan. 20.

A global shift was apparent with China releasing thousands of recovered patients, while new infections elsewhere were far surpassing China's increases. The U.S. death toll rose to six, all in Washington state, where a particularly troubling cluster of cases surfaced at a nursing home outside Seattle.

Italy's cases now exceed 2,000 and officials say it's too soon to know if the quarantines of several northern towns will stop the spread of the virus.