The Cajon Valley Union School District is one of several districts choosing to reopen schools in-person after San Diego County was given approval by the state. 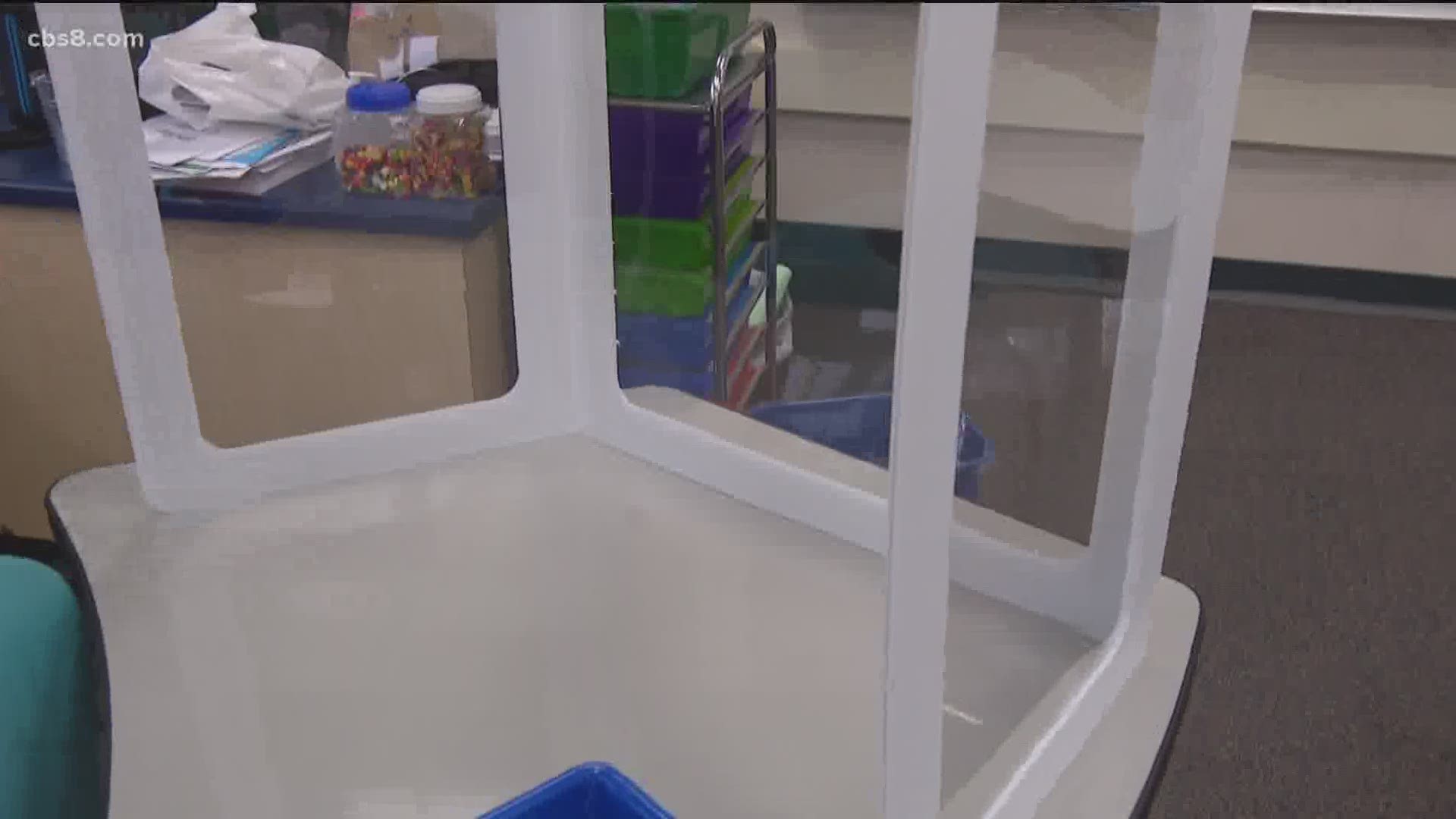 EL CAJON, Calif. — The Cajon Valley Union School District is one of several in the area choosing to reopen schools in-person after San Diego County was given the green light by state officials. Starting Wednesday, thousands of East County students will return back to the classroom.

Several teachers are preparing at one of the schools in the district, Crest Elementary, for Wednesday's first day.

Jasmine Lenart, a teacher at Crest Elementary, spent the day inside her first-grade classroom putting up barriers, wiping down boards and organizing supplies.

“Every kid has their own pencil box and it has markers and their own erasers and their [own] pencils,” Lenart said. “It's a lot different when it's virtual than in person so I'm really excited to see all my students."

Across the hall, similar preps were underway in other classrooms.

Crest Elementary started the new school year back in mid-August with virtual learning. Since then, San Diego County has fallen off the state's watch list and remained there for two straight weeks, which were metrics needed to allow for in-person instruction. While not all districts are choosing that route, Cajon Valley Union officials said overwhelmingly, this what their families and staff want.

"We were super fortunate that we had summer enrichment here so we've had opportunities to practice coming back to school safely," Sabrina Copeland, principal at Crest Elementary, said.

She said opening up is a bit easier here since they only have 114 students. Noticeable changes on campus include added sanitizer stations, separate entrance and exit gates, a daily temperature log and more time spent outside.

"It's a beautiful campus with lots of outdoor space, so we're able to take our kids outside of the classroom," Copeland said.

To start, the younger kids will be returning three days a week. Fifth graders will come back full time.

There are also some students choosing to stick with virtual learning for now.

Copeland said, “We're going to do it as safe as we can.”

In the event kids get sick, and the school has to close, Copeland said staff is prepared.

"We've had long conversations about all the protocols and procedures in place and we are prepared to shift to distance learning if we need to," Copeland said.

Back in Jasmine Lenart's classroom, she admitted all the extra necessities come at a financial cost. Fortunately, the district has helped, as have donations from people she's never even met.

"It was my family, friends, parents, friends - even strangers that I don’t know across California have donated," Jasmine said as she showed off the bag of supplies. 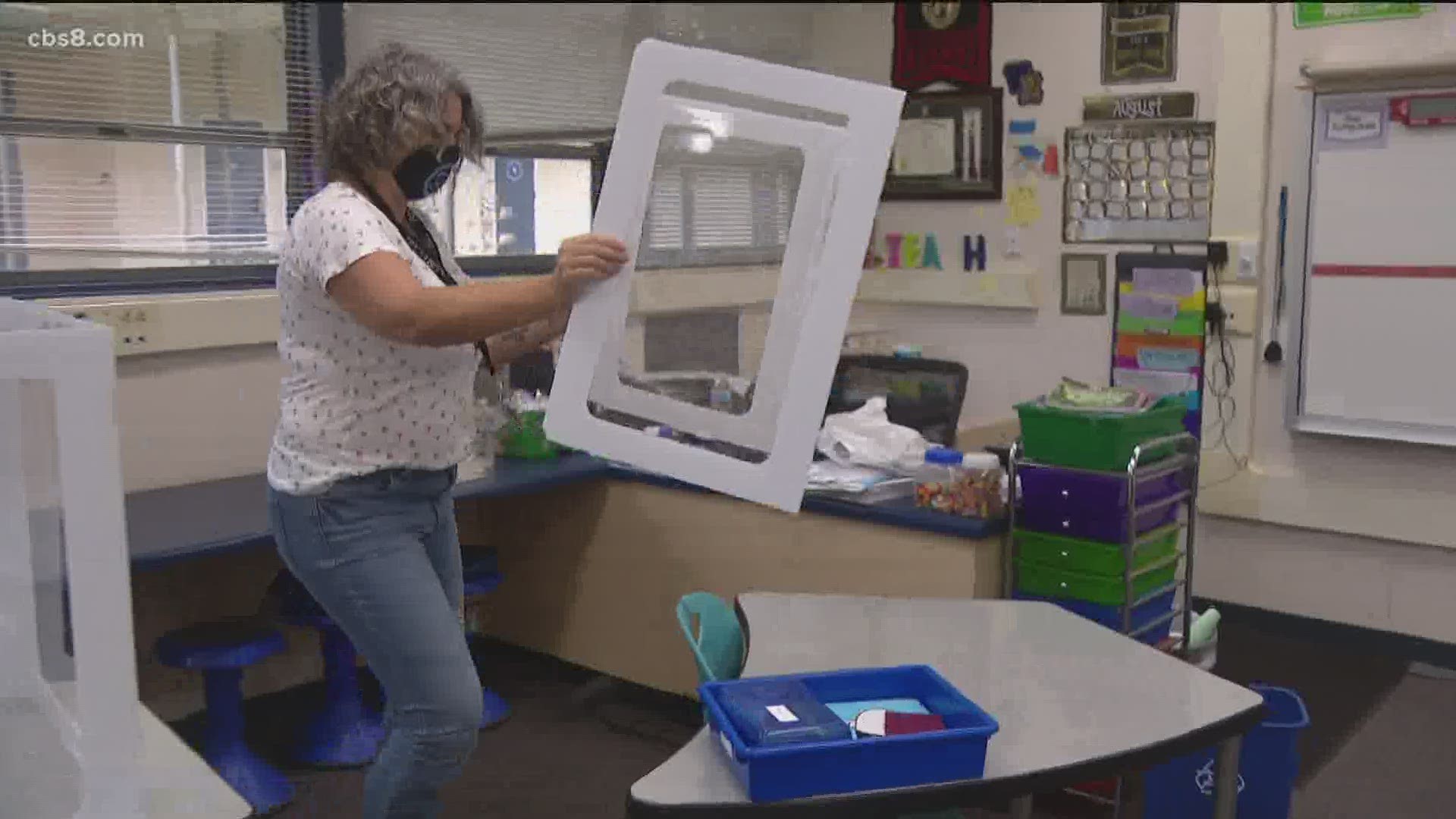