The lawsuit filed in San Diego County Superior Court alleges negligence and nuisance on the part of the San Francisco-based e-cigarette company. 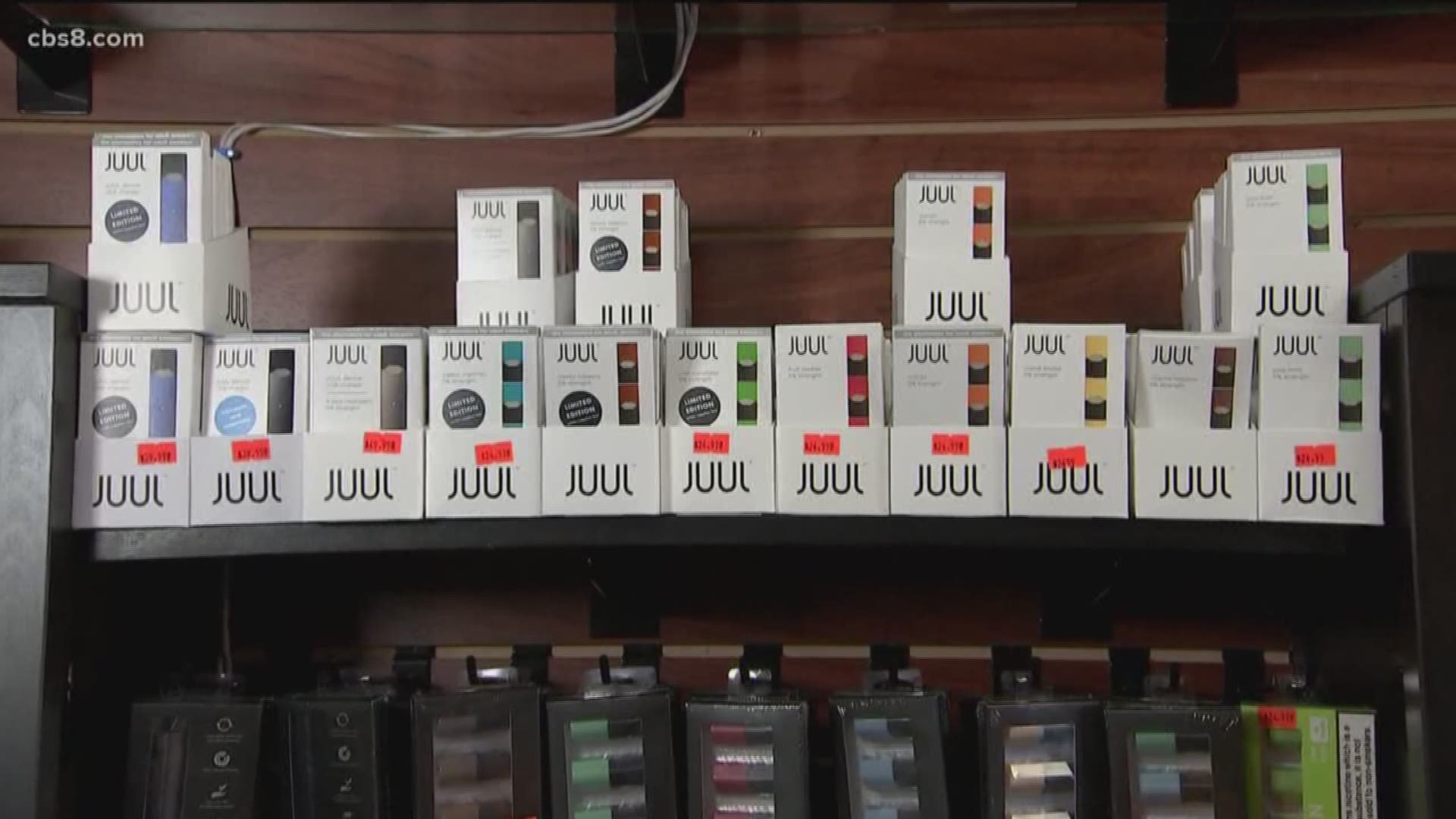 The lawsuit filed Tuesday in San Diego County Superior Court alleges negligence and nuisance on the part of the San Francisco-based e-cigarette company.

"Juul has taken a page out of the tobacco litigation playbook," said John Fiske, who is part of the law firm representing San Diego Unified and four other California school districts. "School nurses have seen an increase in student health issues in San Diego Unified and across the nation."

Similar lawsuits have been filed by schools districts in Los Angeles, Glendale, Compton and Anaheim.

San Diego Unified, which is the second-largest school district in California serving more than 121,000 students, alleges Juul's advertising campaigns targeting young people have caused an e-cigarette "epidemic," which has "severely impacted" the school district by interfering "with normal school operations."

The district also alleges e-cigarette use has caused a financial loss to the district, as it's been forced to spend money on outreach and education programs, vape detectors, video surveillance and staff to monitor e-cigarette use among students.

Student absences due to vaping related issues have also hurt the district financially, as student attendance is tied directly to revenue the district receives from the state, according to the lawsuit.

"In 2018, more than one in four high school students in the United States reported using a tobacco product in the past 30 days, a dramatic increase from just one year before," the complaint says.

The CDC reports as of December 27, there have been 55 vaping-related deaths across 27 states and 2,561 cases of hospitalizations.

"Our district is in the business of educating students in a healthy and safe environment," SDUSD Superintendent Cindy Marten said. "This lawsuit supports district goals by holding Juul accountable for its harmful marketing practices and unsafe products."

Fiske says a dollar amount has not been set, "What we are asking JUUL to do is pay monetary damages to the the districts to replenish public and taxpayer resources for the time energy money it spent to responding to crisis."

A spokesperson for Juul gave the following statement on the lawsuit:

"We remain focused on resetting the vapor category in the U.S. and earning the trust of society by working cooperatively with attorneys general, regulators, public health officials, and other stakeholders to combat underage use and convert adult smokers from combustible cigarettes. As part of that process, we recently stopped accepting orders for our Mint JUULpods in the U.S., suspended all broadcast, print, and digital product advertising in the U.S., are investing in scientific research to ensure the quality of our FDA Premarket Tobacco Product Application (PMTA) application and expanding our commitment to develop new technology to reduce youth use. Our customer base is the world’s 1 billion adult smokers and we do not intend to attract underage users. To the extent these cases allege otherwise, they are without merit."