A former San Diego police officer sentenced to one year in jail for groping and illegally detaining four women while on duty is scheduled to surrender this morning to begin serving his time behind ... 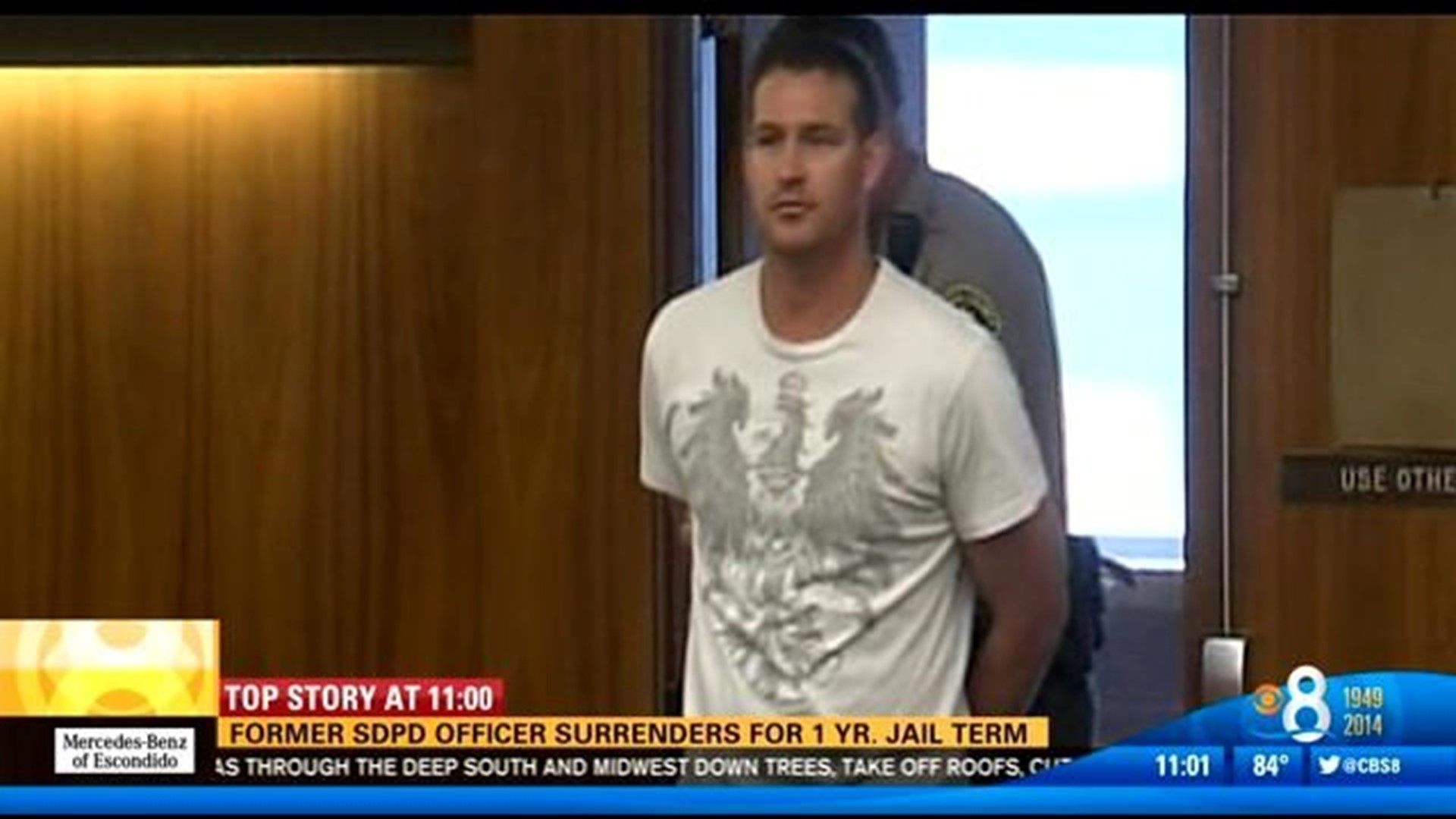 SAN DIEGO (CNS) - A former San Diego police officer sentenced to one year in jail for groping and illegally detaining four women while on duty surrendered Friday to begin serving his time behind bars.

Christopher Hays, 30, pleaded guilty Aug. 22 to false imprisonment and misdemeanor counts of assault and battery under the color of authority by a peace officer. He turned himself in at the downtown courthouse to begin serving the sentence handed down by Judge Charles Rogers last week. It provides also for three years probation.

Hays' wife, Erika, wept in the hallway as handcuffs were placed around her husband's wrists, and was described by defense lawyer Kerry Armstrong as "very upset."

"I was kind of surprised she showed up today," Armstrong told reporters after his client was taken into custody. "I guess she wanted to say a last goodbye. She cried all the way out (of the courthouse)."

He said his client is a "tough guy" who served in Iraq, but he expressed concerns about his safety in prison, where law enforcement officers could be targeted by other inmates.

He said he expects Hays, who could be out in six months if he accumulates enough good-time credits, to serve his time in solitary confinement.

Three women testified in April that they were groped and forced to perform inappropriate acts after being contacted and searched by the four-year SDPD veteran, who resigned the day after he was charged in February.

A fourth woman also said Hays groped her after her arrest for shoplifting, according to SDPD Detective Cory Gilmore.

"Please protect me. (The defendant) has to know what he did was wrong," Jane Doe 1 wrote in a letter to the judge.

Another woman, identified as Jane Doe 4, told the judge she has trouble sleeping in her own bed after Hays followed her to her apartment and had her expose her breasts and told her to touch his groin.

"He's a disgrace to the uniform," she said.

Deputy District Attorney Annette Irving said Hays was banking on the notion that his victims would never tell what he did to them.

At his sentencing, Hays apologized to the victims and his family for any pain he caused, saying "It's not something I'm very proud of."

Armstrong said Hays and his wife plan to sell their house and move back to Arkansas, where he grew up.