First there was Black Friday. Then came Cyber Monday. Then, today was Giving Tuesday. 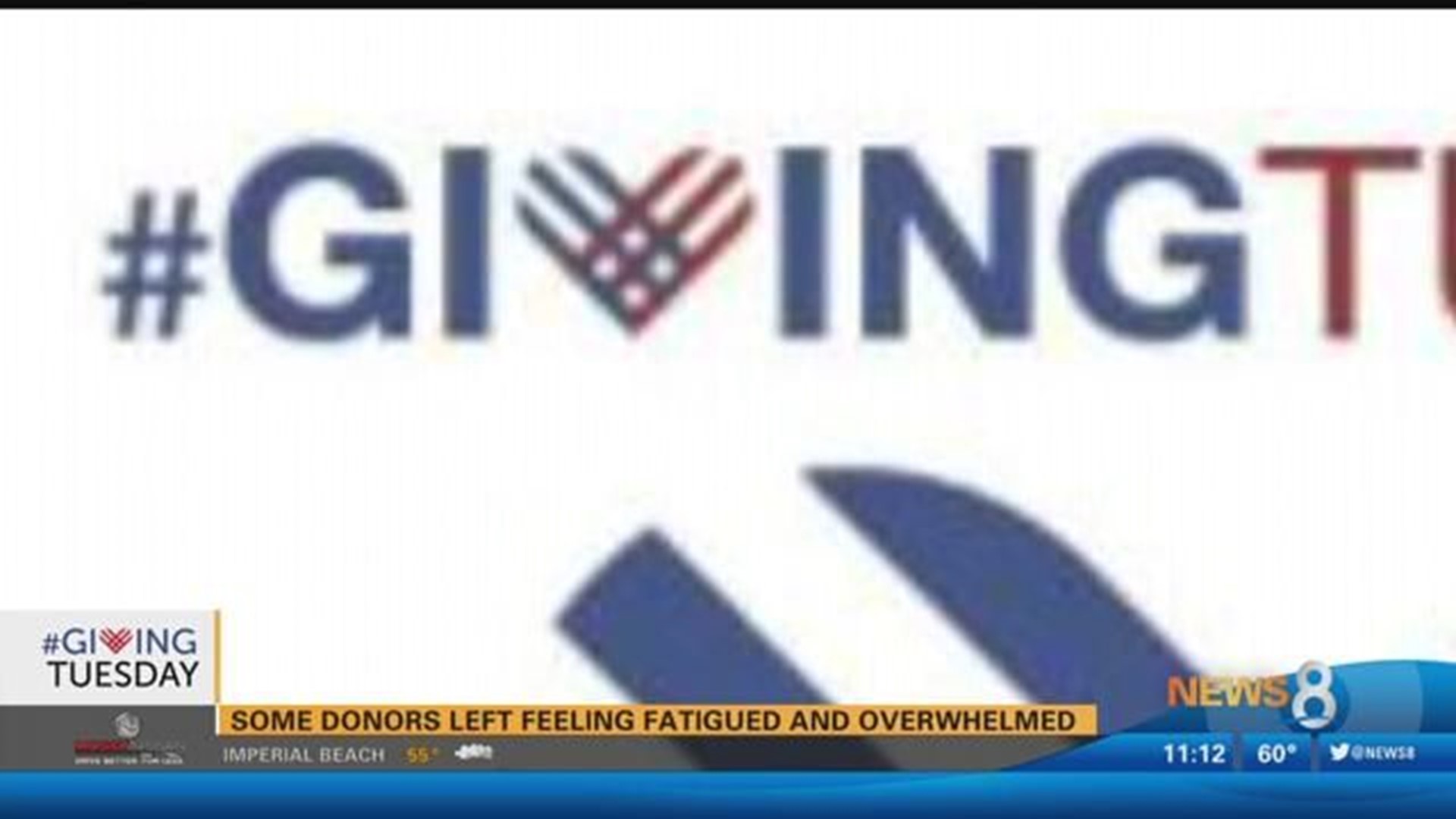 People were encouraged to give to their favorite charity, but with so many soliciting donations, some found it overwhelming.

#GivingTuesday was a top trending topic on Twitter, Tuesday as many opened their hearts and wallets. But the overload made some feel guilty because they did not know who to help.

“We live in a day and age where it’s Giving Tuesday burnout compassion fatigue. Everyone wants to give, but we have to give with our heart and our head,” said San Diego State University ethics lecturer, Wendy Patrick.

Experts recommend writing out one’s mission to narrow what charity would benefit the most.

The website charitynavigator.com helps user sort out who is a good steward with donated money and the most bang for your buck.

“Everyone is compassionate but we cannot give indiscriminately. We have to have good financial stewardship,” said Patrick.

Jennifer Gayou said she donated to her school, which picked No Excuses University,” which helps Houston schools damaged by Hurricane Harvey.

“It was the first time it was brought to my attention from the school and I was like, oh, okay.”

This year marked Giving Tuesday’s sixth year. Last year it raised more than $116 million online in 71 countries. Still, not everyone was aware of the day’s purpose.

“I did not even hear about it. I am surprised that it is even a thing. I would really rather give on Tuesday had I known about it, than do Black Friday,” said Windy Cameron.

But it was not too late for war veteran Cameron, who found her mission to help veterans and the homeless.

“I will give today when I get home,” she said.

Wendy said there is no need to feel guilty “if you didn’t give today. You are going to have plenty of more opportunities now as the holiday season progresses.”

Many charities used Giving Tuesday to give back and give thanks by letting donors know how their donations helped – which can lead to another donation.

You can drop off a new unwrapped toy or gift card in our lobby through December 18th, or make an online donation.