It's a growing problem throughout parts of the nation - teens turning to common plant seeds as a type of party drug to score a cheap but risky high. 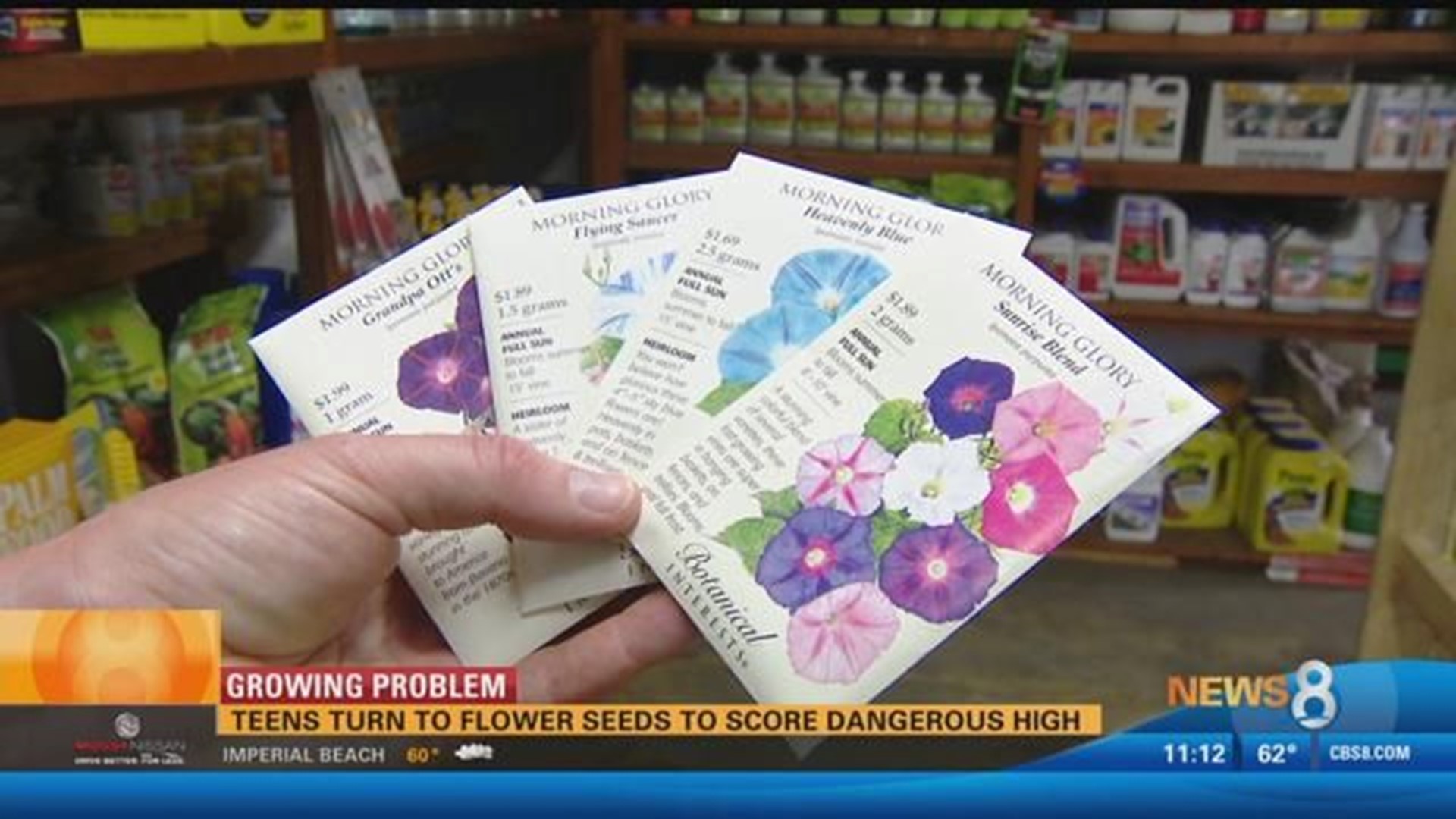 SAN DIEGO (NEWS 8) - It's a growing problem throughout parts of the nation - teens turning to common plant seeds as a type of party drug to score a cheap but risky high.

Authorities throughout the country and even Canada are warning that teens are using easily accessible plant seeds, including Blue Morning Glory, Hawaiian Baby Woodrose, Yellow Jasmine, Foxwood, Oleander and others, to get an inexpensive high - but one that could be costly to the user's health.

Teens are ingesting the seeds by either swallowing them whole or crushing them to produce a tea.

Morning Glory, for example, contains a chemical that mimics the effects of LSD which when taken in large amounts can cause hallucinations along with other dangerous side effects.

Dr. Roneet Lev is chief of emergency medicine at Scripps Mercy Hospital. Dr. Lev said she has not seen any cases of teens ingesting plant seeds in San Diego, however, for those young people who do attempt to do so, the risk of permanent brain damage is real.

"The sad part is that a child's brain is not done growing until they are 21-years-old. The damage that you are causing is the frontal lobe - the thinking, decision making part of your brain. That may not be reversible," said Dr. Lev.

In some cases, teens have taken the dangerous experiment with Mother Nature a step further by documenting their experience through social media. Some have turned to YouTube to share their stories.

"What parents need to know is that the landscape has completely changed from when they were teens themselves. What I would say to parents is to have that conversation with your child," said Perno.

"Death does not discriminate. Death does not care what age you are, what gender, what race. You make that wrong choice - it can be fatal," he said.