San Diego County is known as the Craft Beer Capital and many breweries are adapting in COVID-19 by canning beers. 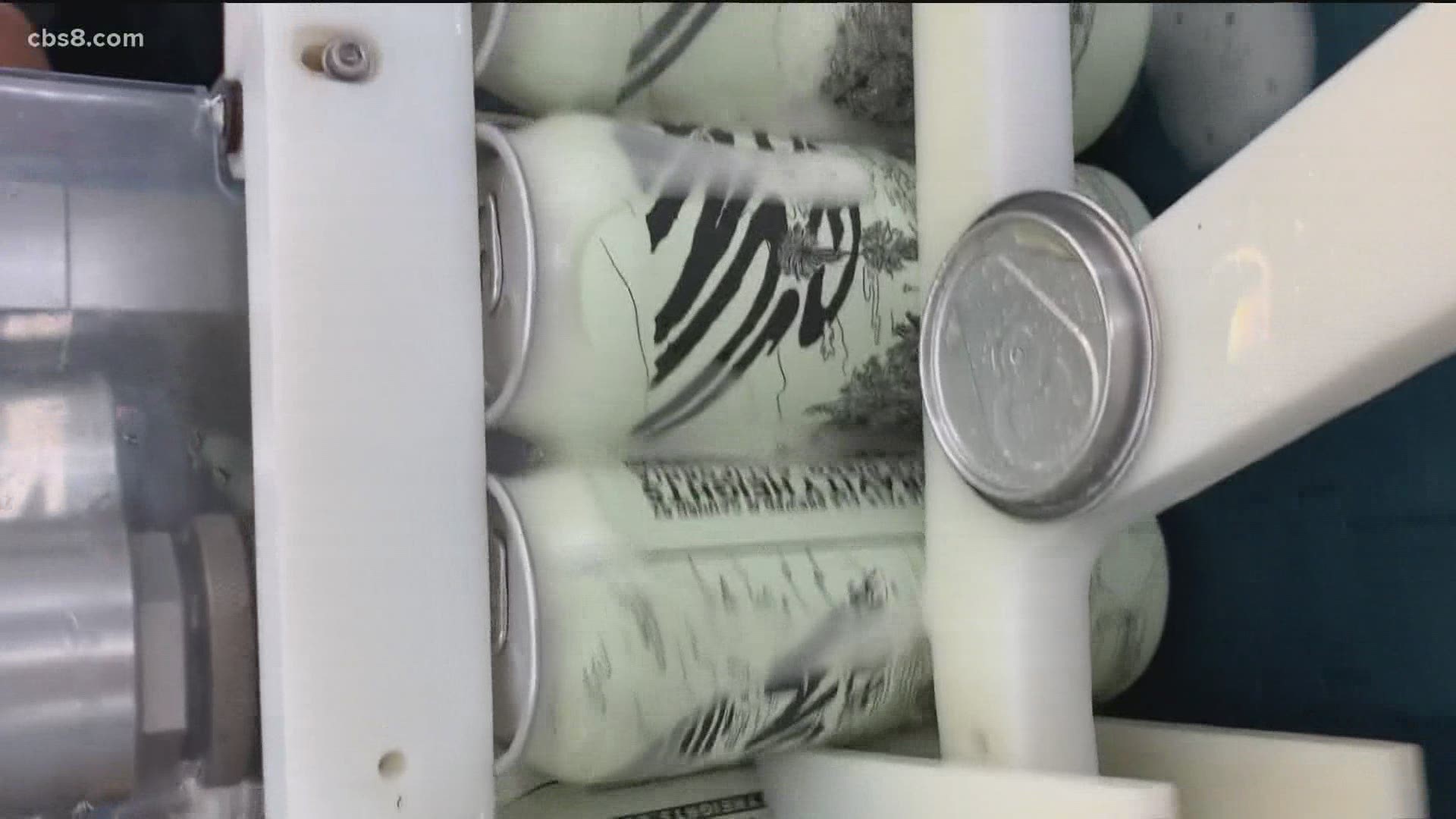 SAN DIEGO — San Diego County is known as the “Craft Beer Capital” but challenges are brewing.

The industry has taken a big hit during the pandemic and come Saturday breweries will be forced to operate outdoors only.

Despite all that, many are adapting to the changes and tapping into a way to bring their hops to your home.

“It still represents a small portion of our overall sales, but it is growing and it's a new avenue we never thought would be there,” said Arturo Kassel.

Gravity Heights has a large outdoor space but they’re in the middle of the Sorrento Valley tech hub and lost half of their profits when employees were sent to work from home.

“Within a one-mile radius we have over 40,000 employees, workforce and from one day to the next we had...gone,” said Kassel.

Canning has helped keep breweries open either with crowler cans to-go or selling in a local liquor or grocery store, and a spreadsheet on statuses of the more than 150 breweries is helping too. Magie Brennan created the spreadsheet after she left her job working at a brewery before the pandemic hit and then she was laid off from her day job, now she is a mead tender.

“I thought I have nothing else to do and this is my way to help,” said Brennan.

The San Diego Brewers Guild says a handful of large and small local breweries are turning to canning with either mobile canning or investing in their own canning equipment which can cost around $80,000.

We are such a resilient and creative industry that I think we have probably been able to pivot better than a lot of people have,” said Kris Anacleto, San Diego Brewers Guild President.

Canning has had its challenges; the demand is so high there’s now a nationwide aluminum shortage.

“The canning shortage has become the new pandemic in this pandemic,” said Anacleto.

The Brewers Guild says at least three breweries have closed and more are expected in 2021 but four have opened and others are expanding.

“This has definitely been a whirlwind for every brewery,” said Anacleto, co-owner Booze Brothers Brewing Co., Vista.

For many a whirlwind to keep brewing new ideas to survive.