While in the purple tier, restaurants and gyms must operate exclusively outdoors. Other retail stores may operate indoors at 25% capacity. 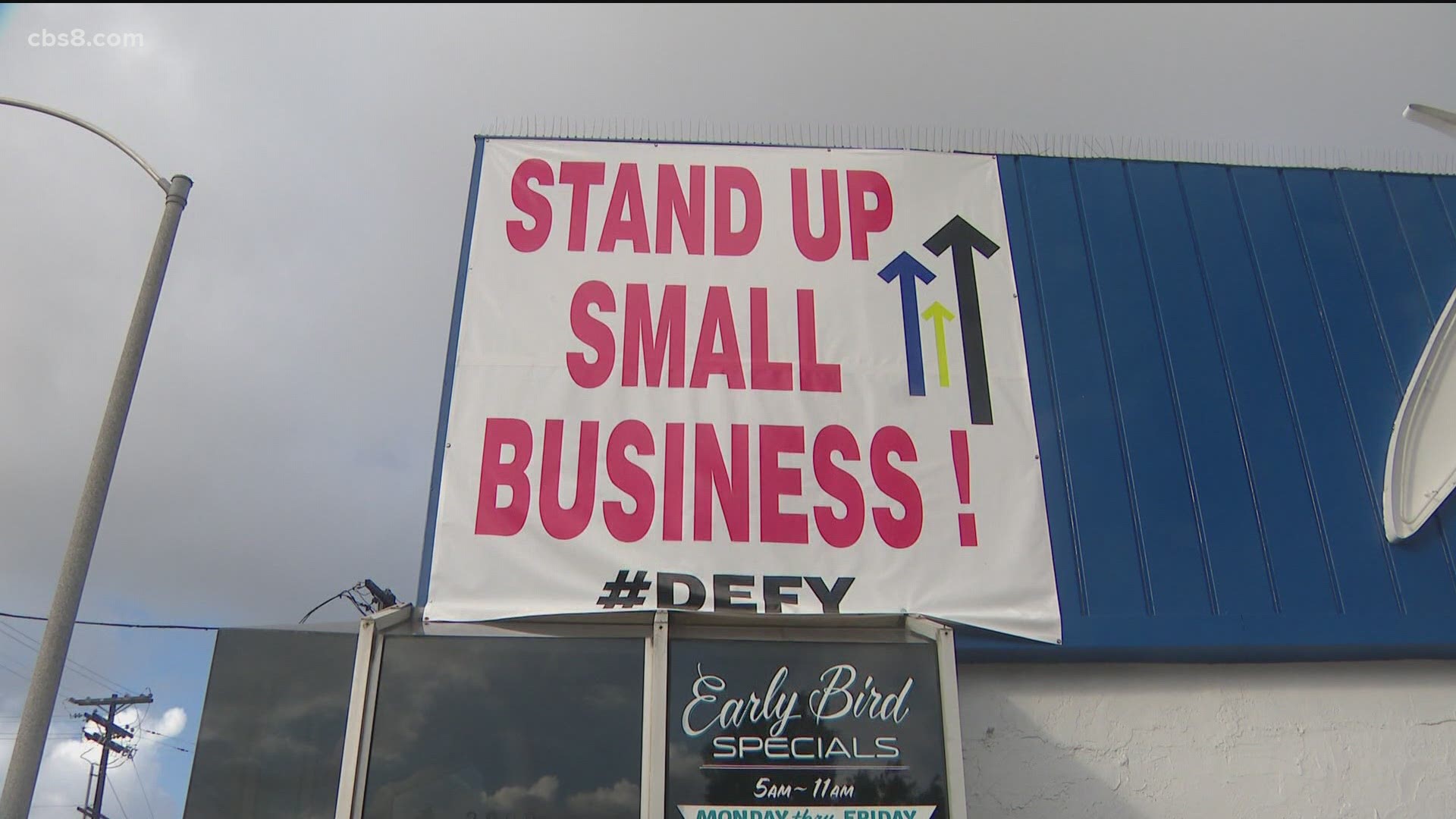 SAN DIEGO — Several businesses across the county are threatening to defy upcoming changes to the public health order after San Diego was placed in the purple tier under California’s Blueprint for a Safer Economy. The state calculated the county had an adjusted case rate of 8.9 this week, the second consecutive week with a rate that exceeded the limits of the red tier, which prompted the change.

While in the purple tier, restaurants and gyms must operate exclusively outdoors. Other retail stores may operate indoors at 25% capacity.

El Cajon Mayor Bill Wells said his office was notified of “several dozen” businesses that will not follow the new rules because of concerns about the financial impact. The city’s police department has been instructed to assign calls about mask violations to the lowest priority level.

“We're not going to be sending police officers out for that and there's a couple of reasons for that. One is that our police officers have a lot to do that’s outside of this kind of thing, but the other thing is that we think that there's some government overreach happening here,” said Wells.

The city’s approach does not absolve businesses of following the rules. County compliance officials can still enforce the health order, although it has asked incorporated cities for help doing so.

“[The county has] the authority to get the courts involved and there's nothing we can do that would mitigate that in any way,” acknowledged Wells.

The changes to the health order also require indoor museums and zoos to close. The San Diego Air and Space Museum considered defying the order.

President and CEO James Kidrick told News 8 it may remain open over the weekend, but later told employees it will comply with the rules.

“The concern is that it's a blanket closure, that it misuses the data and the science that tells us where we should be concerned,” said Kidrick. “There have been no outbreaks attributed to museums.”

Last week, the California Museum Association has asked the state to allow museums to operate in the purple tier at 25% capacity. Much like a similar request to reopen sooner by theme parks, the state has yet to change its reopening guidance. 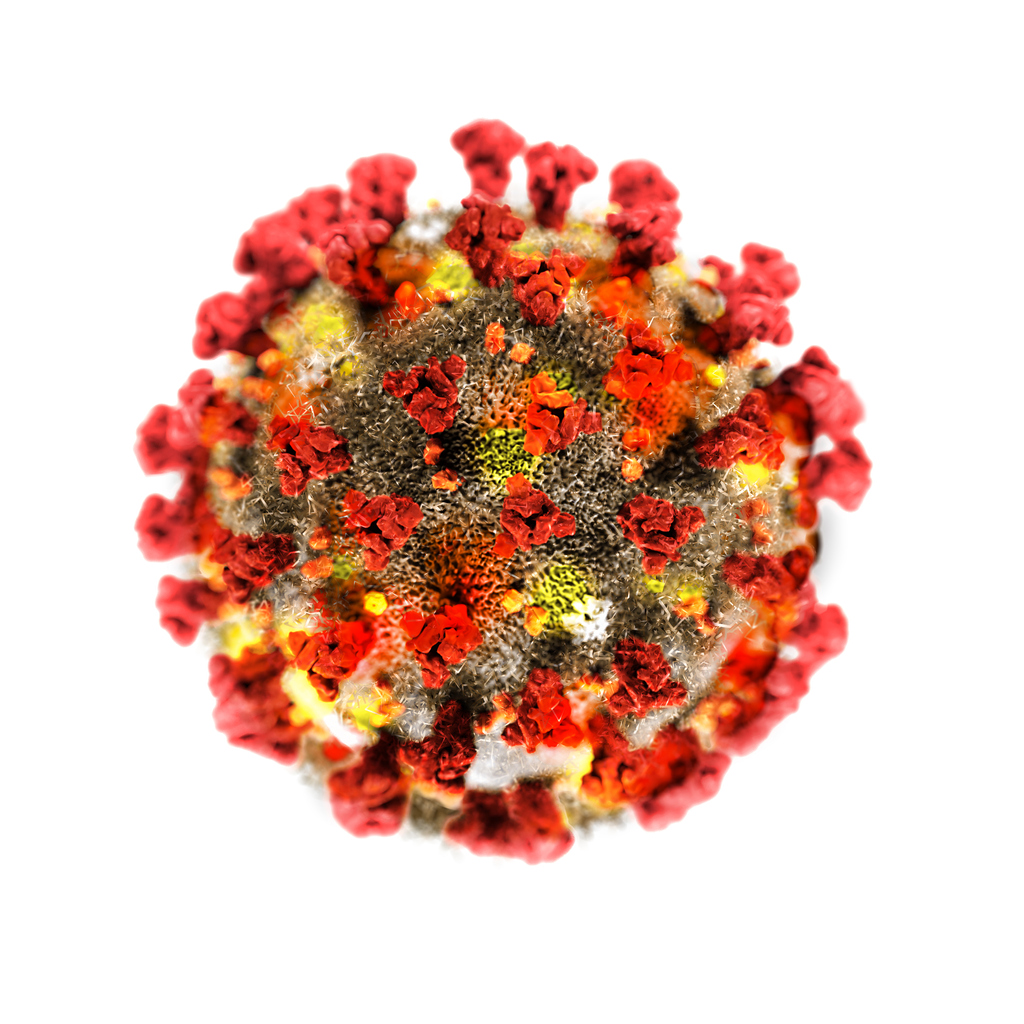 COVID-19 Resources for Museums
CAM is deeply concerned about the financial recovery of museums in the aftermath of this viral outbreak. California museums are experiencing unprecedented reductions in revenue (see April 3rd survey results below). Our association has been actively sending letters to members of the California congressional delegation asking that museums be included in COVID-19 relief and economic stimulus packages.

San Diego’s case rate has been increasing in recent weeks and county leaders estimate it will continue rising in the next few weeks as the number of cases continues to rise.

“It is not a state assessment that places us in one way or another. It is the results of our individual actions and behaviors that assign us to a specific tier,” said Wilma Wooten, M.D., M.P.H., San Diego County’s Public Health Officer.

County leaders said they are aware of plans by some businesses to defy the changes to the health order, which will take effect at 12:01 a.m. Saturday. It sent 40,000 masks to law enforcement across the county and requested patrol officers help distribute them.

“There has to be proper enforcement of those in order to slow the spread and not hold back our entire region and we certainly hope to have increased efforts around enforcement,” said County Supervisor Nathan Fletcher. “If [businesses] choose not to [comply], then we will have compliance teams there that can issue public health orders to require their closure and law enforcement certainly has the capacity and the ability to ticket them and fine them, but, again, we don't want it to come to that. We want to come together as a community.”

Wells said he is not opposed to El Cajon police officers offering a mask to someone who wants one and would still counsel egregious violators, but the city will not prioritize calls about day-to-day issues and leave enforcement to the county or state.

“I absolutely know how horrible this disease can be, but I also know that most people recover,” said Wells. “Health officials only have one focus, and that's on making sure there's no more infections at all. And I get that, but we're letting them make policy and those kind of folks will never make good policy because a policymaker has to look at all of the factors involved.”