Through March 15, 2020 - Here is a list of what events and institutions are accommodating for virus prevention. 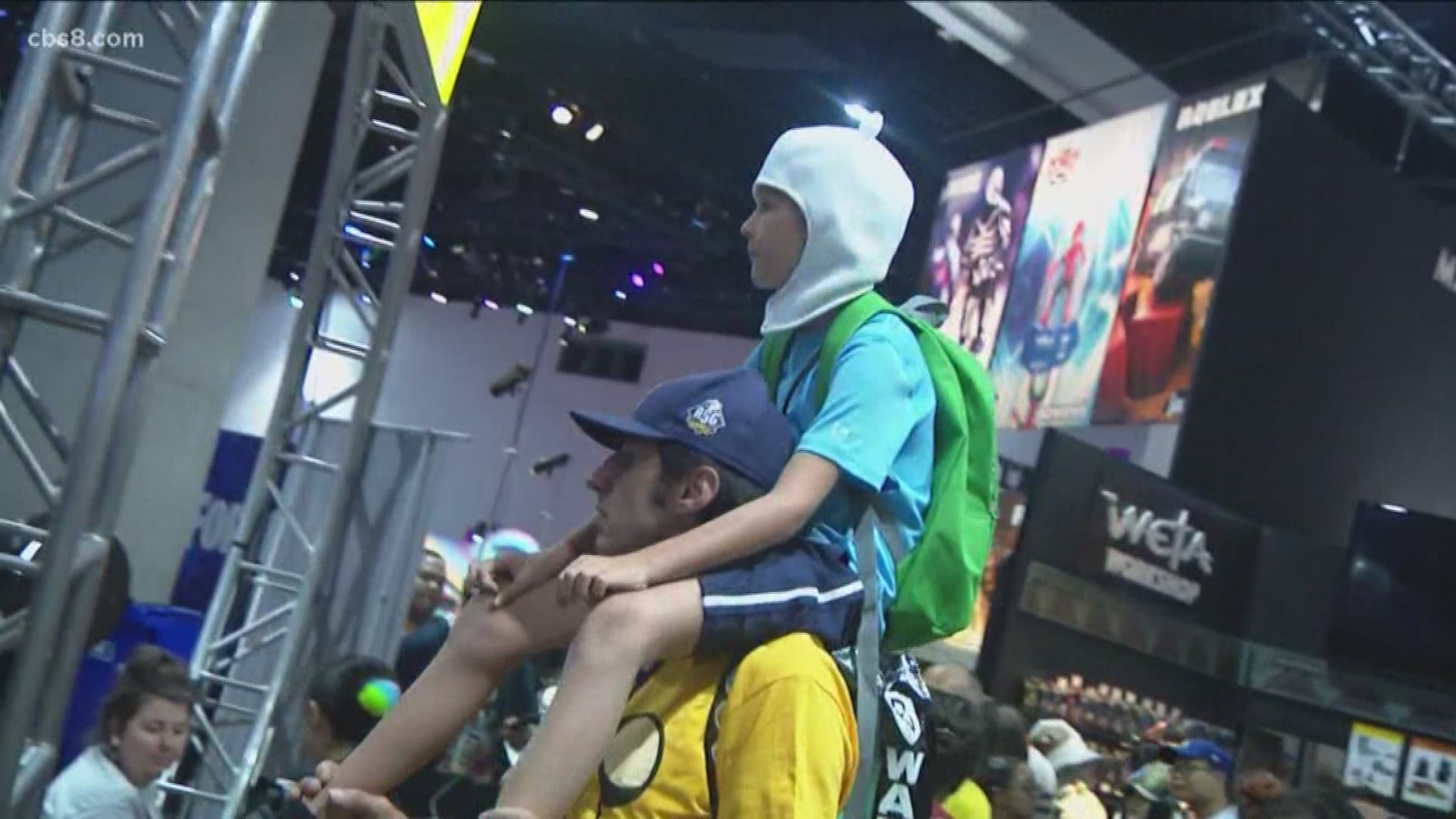 This story is no longer updated as of March 15, 2020.  Please follow our updated coronavirus coverage at cbs8.com/coronavirus.

Here is a list of what local events and institutions are accommodating for virus prevention:

MiraCosta College is extending its spring break an extra week; it will now end March 28. On Monday, March 30, instruction will resume but will be done remotely with online lectures and some on-site activities as needed.

San Diego State University is moving most courses online by the time students return from spring break on April 6. Professors can apply to keep their labs in-person, but many other events by the university have either been canceled or postponed.

Explore SDSU, the annual university open house set for March 21, has been canceled with no date for a postponement. The university page for the event says it is working on “virtual programming” to hold similar events.

UC San Diego will be teaching all courses online to prevent the spread of COVID-19 starting in the spring quarter. There are no confirmed cases of coronavirus on campus, but the school calls it “steps that will help protect the community.” The online shift will come on March 25.

Southwestern College in Chula Vista announced they will hold online classes from March 16-20, with in-person classes resuming after spring break.

Grossmont and Cuyamaca colleges are canceling in-person classes during the week of March 16-20 in response to the coronavirus outbreak, temporarily shifting to online instruction

Palomar College announced that it will move most classes online for the remainder of the spring 2020 semester as of March 30, following the March 23-27 spring break. These include classes at the San Marcos campus, as well as the education centers in Rancho Bernardo, Escondido and Fallbrook.

The University of San Diego is mandating campus-wide remote teaching effective March 23, 2020, through the end of the spring semester. They are canceling all classes from March 14-22 to enable our faculty and students to prepare for remote teaching and learning.

AMGA 2020 Annual Conference scheduled for March 25 - 28 has been moved online for a virtual conference starting March 27 and continuing through April, it was announced online.

The Parking Industry Expo, which was also supposed to happen at the San Diego Convention Center, is now canceled. It was supposed to be from March 22-25 and host 1,200 people.

The Experimental Biology Convention was set to be hosted at the San Diego Convention Center from April 4-7, but has since been canceled.

The American Association for Cancer Research terminated its 23,000-attendee, annual meeting at the downtown convention center. The event was supposed to happen from April 24 -29, but is now planned for another, unspecified date.

Alzheimer’s San Diego has canceled all classes and group programs until further notice, effective March 11, 2020. Anyone needing support can call their office to speak with a dementia care consultant at 858.492.4400, live chat by visiting www.alzsd.org, and/or email info@alzsd.org.

The Kyoto Prize Symposium at UC San Diego "has been postponed to a later date," according to a UCSD Twitter post. The event was planned for March 18-19. The symposium includes international leaders in advanced technology, astrophysical sciences and theater.

The San Diego Festival of Science and Engineering at Miramar College scheduled for Saturday (March 14, 2020) has also been canceled.

Due to concerns with elderly veterans and the coronavirus, Honor Flight San Diego is postponing its May 2020 flight to Washington, D.C., according to Holly Shaffner of Honor Flight San Diego. It was scheduled to take 80 WWII and Korean War veterans over the age of 80 on the three-day trip. The chairman, Julie Brightwell is working with the airlines and hotels to arrange a new date, likely in late summer.

Crossroads of the West, a gun show, was scheduled to return to the Del Mar Fairgrounds this Saturday and Sunday, March 14-15. According to Jim Riegelman, it has been postponed.

The 12th Annual Campagnolo GranFondo San Diego scheduled for April 5 has been postponed until a to-be-determined date, the event's organizer's announced online.

Imperial Beach Artisan Market which is held each Saturday will be closed for the remainder of March, according to organizer Edel Vernazza.

Escondido Giving Arch dedication scheduled for March 12 has been postponed and will be rescheduled to a later date, according to the San Diego Foundation.

San Diego Leprechaun Run has been canceled for Saturday, March 14, in Pacific Beach. Participants will be mailed their running memorabilia.

The ShamROCK celebration in the Gaslamp for Saturday, March 14, has been canceled, according to a statement from McFarlane Promotions, Inc. to News 8.

WonderCon Anaheim, scheduled for April 10-12, 2020 in Anaheim, will be postponed until a later date. Comic-Con International will begin processing refunds in the coming days.

Women’s Week events were scheduled for March 16 - 20. According to the North San Diego Business Chamber, official dates for the new schedule are August 24 – August 28.

The City of Santee and Santee Lakes have mutually decided to cancel the 2020 Spring Eggstravaganza, which was originally scheduled for April 4.

The San Diego Regional Chamber of Commerce "is canceling all events and programs through the end of March."

California Center for the Arts, Escondido is canceling or postponing all events with expected attendance over 250 people now through March 31, 2020 with more details to come.

The Del Mar National Horse Show, which was set to run April 14-May 3, has been cancelled due to the COVID-19 outbreak.

Kobey's Swap Meet, held every Friday, Saturday and Sunday in the parking lot, will be closed for the remaining weekends in March.

Due to the serious concerns surrounding COVID-19, and the recent government mandates curtailing larger events, Belly Up will remain closed through at least April 1st, subject to on-going reassessment.

Unexpected Solutions featuring Thomas Abt at the Joan B. Kroc Institute for Peace and Justice scheduled for March 19 has postponed, according to organizers.

Though not in San Diego, many locals were sad to learn popular music festivals Coachella and Stagecoach have been postponed, organizers announced Tuesday, March 10. Both will now take place in October.

With UCSD tightening up on most public events, a live recording of a Voice of San Diego podcast, which was going to be recorded at the Robinson Auditorium on March 11, has been canceled.

The 25-member Brooklyn Youth Chorus canceled their performance of “Aging Musician,” set to perform at the San Diego Opera on Friday, March 13, and Saturday, March 14. Ticket holders will be able to put their purchase toward another San Diego Opera event, or a tax-deductible donation.

Pearl Jam postponed the North American leg of its Gigaton tour which included a San Diego date on April 13. The band said the dates will be rescheduled.

La Jolla Music Society, La Jolla Playhouse, San Diego Opera, and San Diego Symphony will be canceling and/or postponing performances through the end of March 2020, according to Kelsey Buller of Raindrop Marketing. You can exchange, get credit for, or donate your tickets to the symphony by emailing   tickets@sandiegosymphony.org.

The Old Globe has postponed performances of "Little Women" and "Faceless."

Several religious institutions have canceled services and will be utilizing social media instead.

Pechanga Resort Casino is postponing events through the end of  March, including this weekend's concerts by Ana Gabriel (March 13), Pitbull (March 15), and Chicago (March 15). Guests are eligible for a refund or tickets will be honored on the rescheduled date.

The City of El Cajon has made the decision to cancel the 2020 Dance and Tumbling Recital that was scheduled for March.

The Comedy Store in La Jolla is suspending all shows through the end of March. 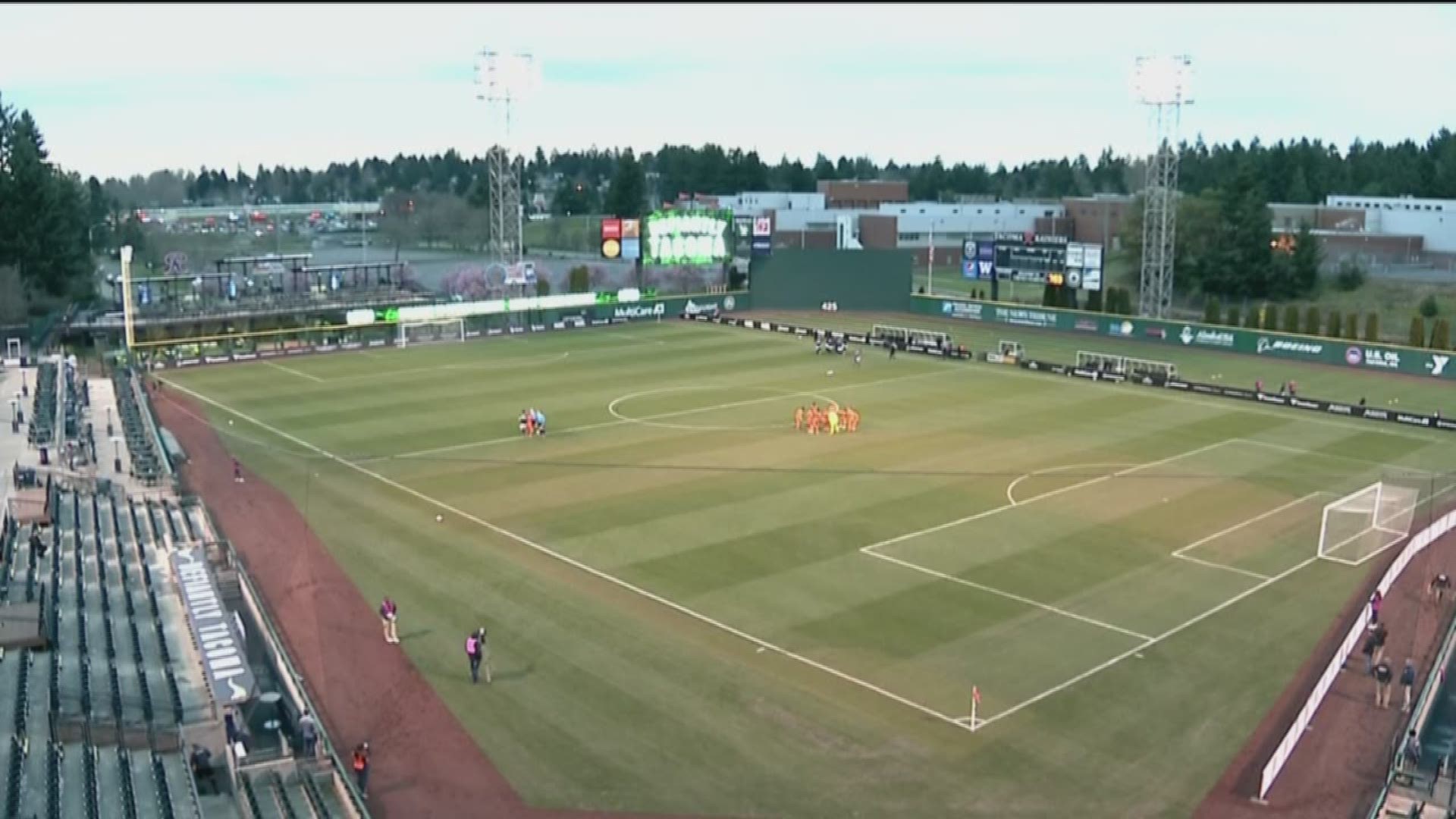 "Comic-Con is working with local officials as it pertains to the COVID-19 situation and continues to monitor developments closely," they said in a statement released Tuesday.