How does COVID-19 compare to some of history's most deadly pandemics?

Visual infographic illustrates the scale of the novel coronavirus, by death toll. 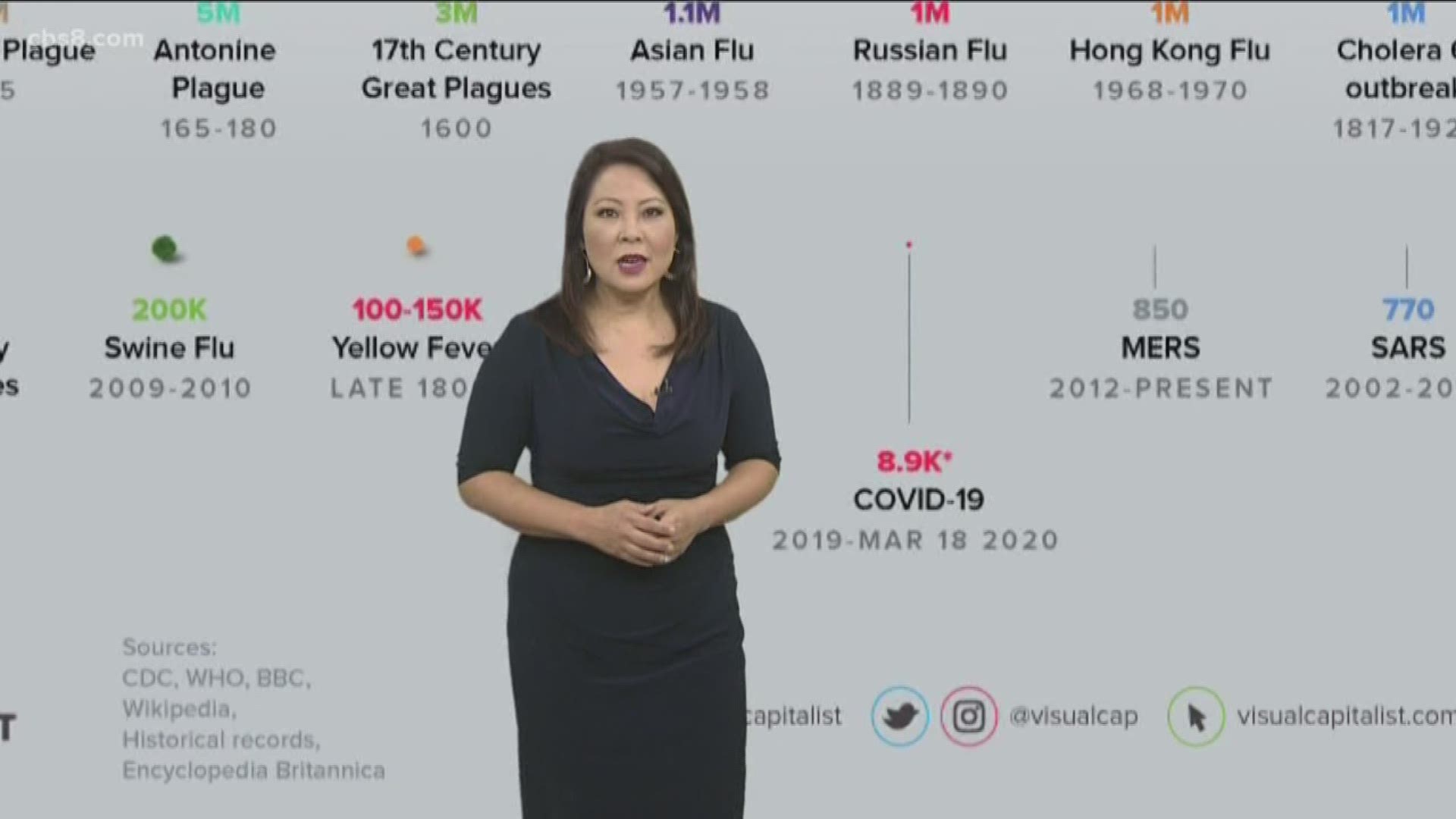 SAN DIEGO — Deadly diseases have existed since the beginning of humanity, but how does the novel coronavirus outbreak compare to some of the most deadly pandemics in history?

It shows a timeline of pandemics through the centuries, starting with The Antonine Plague of 165 to 180 AD, which killed an estimated 5 million people in the Roman Empire.

It ends with the novel coronavirus or COVID-19, which is currently spreading around the globe.

There's also an illustration of the scale of the various pandemics by death toll.

The Black Death or Bubonic Plague, which was spread by fleas, killed as many as 200 million people in just a few year's time. It's estimated that up to half of Europe's entire population was wiped out from the plague in the 14th century.

The Small Pox outbreak in the 1500's killed an estimated 56 million; the majority were children.

The HIV/AIDS pandemic is currently the fifth deadliest. Since 1981, 25 million to 35 million people have died.

As of March 18th, the death toll for the novel coronavirus is listed at 8,810, according to the Johns Hopkins University Center for Systems Science and Engineering.

The COVID-19 death toll has well surpassed that of MERS (850) and SARS (770) and is projected by health officials to climb to more than one million if it continues to spread at the current rate.

The hope, however, is that measures enacted to self-isolate and self-quarantine will keep the death toll much lower.

For a closer look at the infographic and to learn more about Visual Capitalist, click here.