If implemented the executive order would give $400 in additional unemployment money per week. States would be mandated to pay $100 or 25% of the extra money. 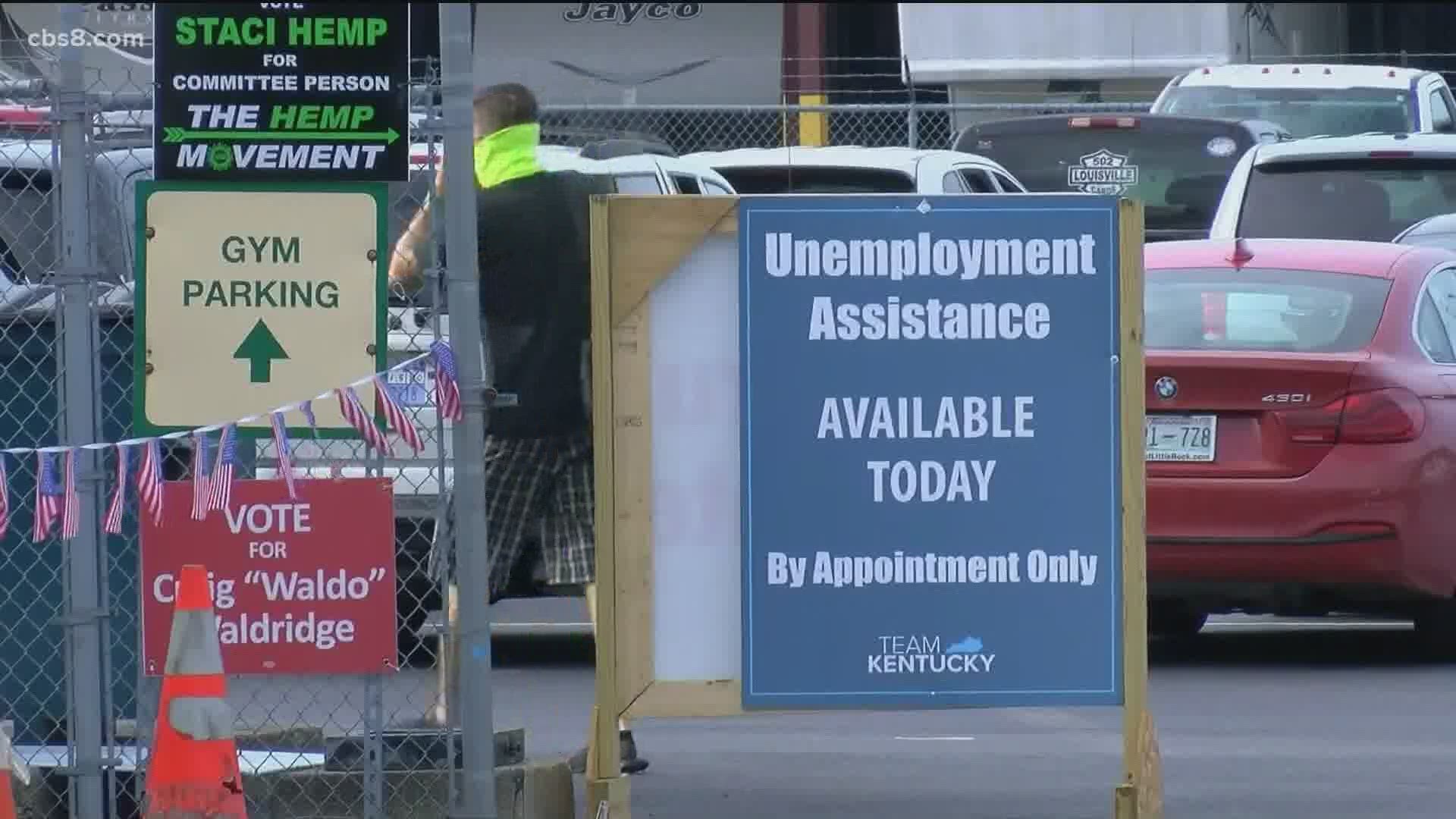 SAN DIEGO — President Donald Trump signed an executive order Saturday that, if implemented, would give $400 in additional unemployment money per week to people who lost their job or had their hours reduced because of the coronavirus pandemic. A previous benefit that provided unemployed workers with an extra $600 each week ran out on July 31.

The executive order bypasses Congress, which has been unable to negotiate an economic package with the White House. Sunday marked the second week unemployed workers have received reduced benefits.

“I would say it’s fairly clear the President of the United States, whoever that is, does not have the authority to do this,” said Jessica Levinson, a professor at Loyola Law School. “President Trump basically said ‘I dare you, Democrats, to sue because if you sue it’s going to look like what it is that you don’t care about your country,’ according to him.”

The president’s order mandates states pay $100 or 25% of the extra $400. Previously, the federal government paid the entire enhanced benefit. The cost will add up quickly for California, the nation’s most populous state. Data from California’s Employment Development Department showed 2,831,000 people were out of work in June.

Unlike the federal government, states are mandated to balance their budget and cannot run a deficit without issuing bonds.

The potential change in unemployment money came at a time when EDD is increasingly under fire for how it has handled applications during the first five months of the pandemic. The agency is still facing complaints of slow processing times, inexplicable denials, or stalled applications. Most still cannot get through to EDD by phone.

Last week, several legislators from San Diego were among 60 lawmakers who signed a letter to Gov. Newsom to demand accountability and progress.

"This is not a cable bill, this is not your phone bill, this is your unemployment benefits which is frankly, your livelihood -- paying your bills, buying food for your family,” said Asm. Kevin McCarty, Chair of the Assembly Budget Subcommittee on Education Finance, who signed the letter. “The stakes are very, very high so we need to get it right."