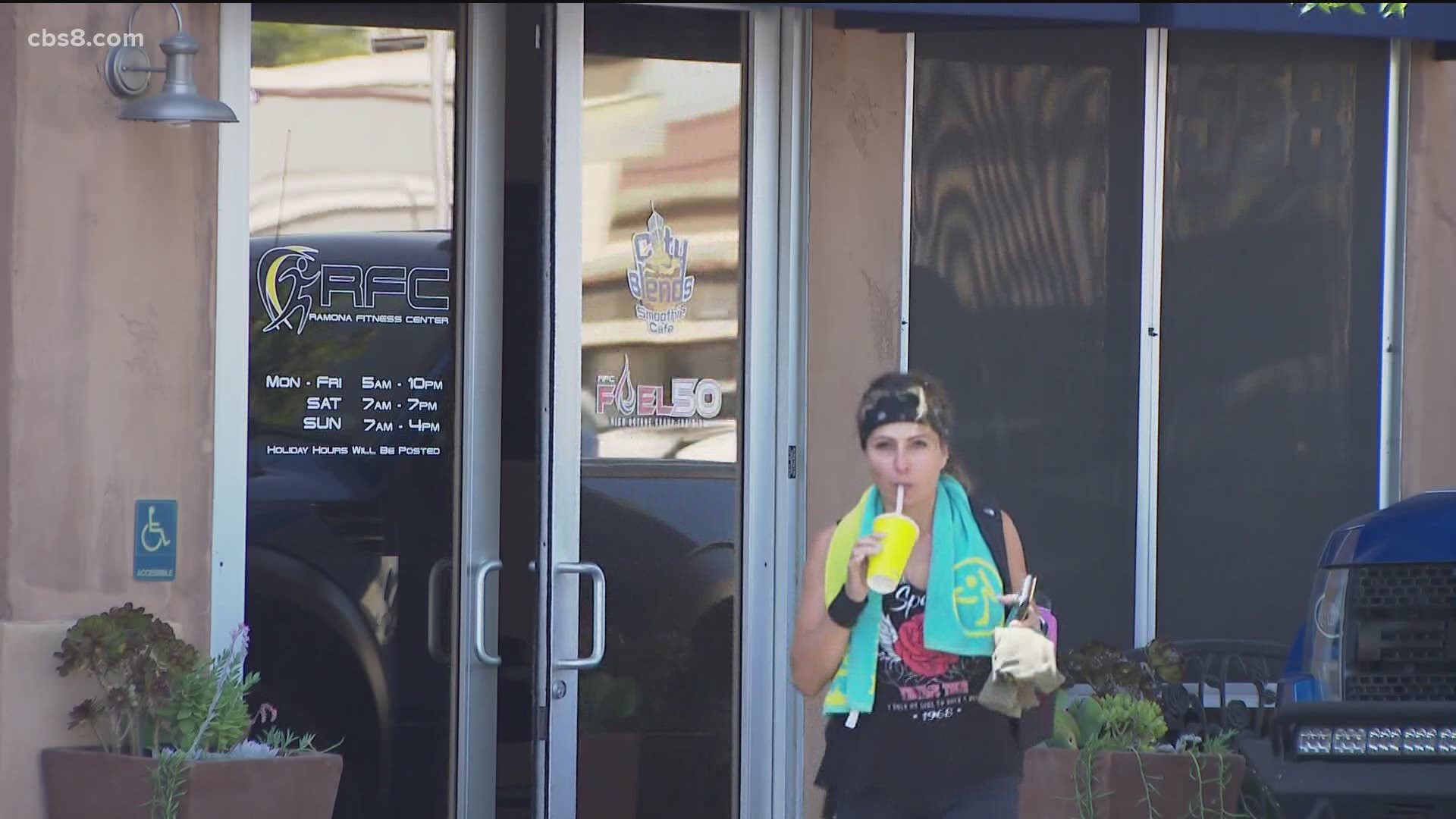 SAN DIEGO COUNTY, Calif. — The owner of a Ramona gym has been charged with keeping his business open in violation of California's COVID-19-related public health orders.

The complaint alleges violations of the health order requiring that all gyms and fitness centers remain closed. The violations allegedly occurred on June 2, June 4, June 5, July 15 and July 17, according to the complaint. Each count carries a penalty of up to six months in jail or a $1,000 fine.

Earlier Monday, San Diego County Public Health Officer Dr Wilma Wooten said that for those businesses which do not comply with the health order after being warned, the health department first issues a cease and desist order.

"If they do not comply with that, then we get law enforcement involved to issue the respective fines," Dr. Wooten said.

"I don't think I can weather another three months of being closed,” San Nicolas told News 8 last month.

Gyms were among state businesses that were allowed to reopen June 12, but indoor operations were shuttered about one month later, with Gov. Gavin Newsom citing a surge in COVID-19 cases.

At the time, San Nicolas said his business could not easily move outdoors.

"We're not making any money at this point, so then to be able to rent some fence to put around the equipment or take it in and out, that's one thing, but here in Ramona, it's 100 degrees plus,” San Nicolas said.

San Nicolas is slated for an arraignment on Dec. 1.

District Attorney's spokeswoman Tanya Sierra said, "We understand and sympathize with the significant hardship placed on businesses who are required to remain closed. But public health orders are in place to safeguard the health of everyone in our community amid this deadly pandemic. Along with our law enforcement partners, we work with businesses to give them opportunities to achieve voluntary compliance. But when the public health order is ignored and the law is broken, the public's health is at risk and we will file charges."

In San Diego County, several gyms have continued to operate indoors in violation of public health orders from the state and county. Many of those businesses have been cited, while county public health officials have also ordered the closures of some gyms for remaining open