Officials told News 8 for the most part, people followed the rules on San Diego beaches. But, it's been a much different story in other parts of the country. 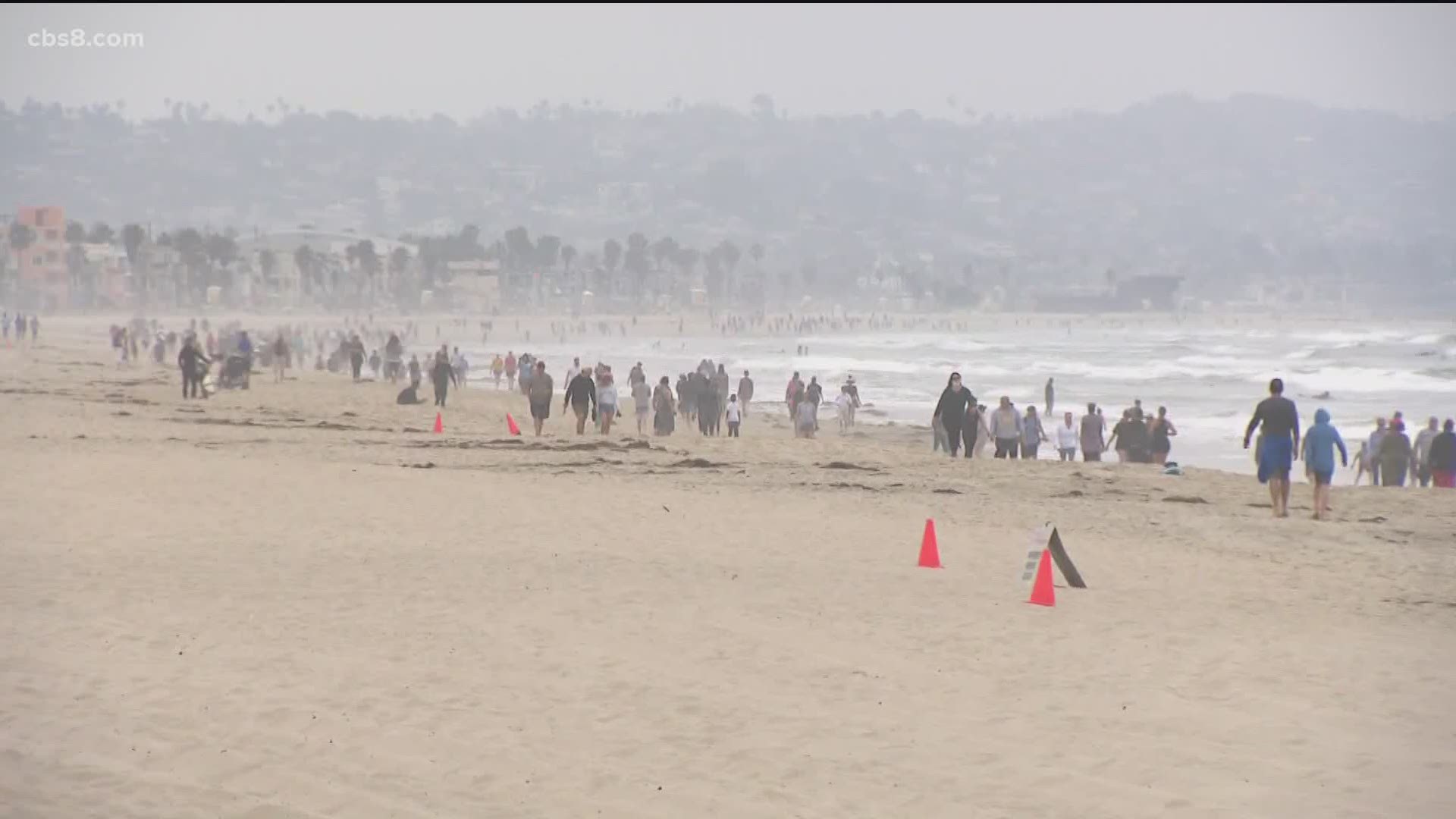 SAN DIEGO — Memorial Day is commonly known as the unofficial kickoff to summer. That means a lot of people hitting the beach in San Diego and around the country.

Officials told News 8 for the most part, people followed the rules on San Diego beaches. But, it's been a much different story in other parts of the country.

As San Diego Police patrolled Mission Beach on four-wheelers Monday, lifeguards made announcements on a loudspeaker, telling visitors what's allowed and what's not.

Memorial Day is typically packed at San Diego beaches. But, with the ongoing pandemic, and certain regulations in place, it was a much different scene Monday.

"The parking lots aren't open so we're not seeing the capacity which would be at a normal holiday weekend," Lifeguard Lieutenant Rick Romero said.

Romero thinks people in San Diego are doing a good job abiding by the rules. And for those who aren't, most aren't getting tickets. More often than not, lifeguards and officers are educating people, and telling them to move along.

“We're just asking for compliance. Most of the time people are doing [a] pretty good job listening to us and adhering to the rules," Romero said.

Elsewhere around the country this weekend, images appeared to show people not practicing social distancing or wearing masks. Huge crowds were seen in places like Ocean City, Maryland; Mesa, Arizona, and along Lake Michigan.

In Missouri, partygoers were shoulder to shoulder at a pool party despite signs encouraging social distancing.

Federal officials have since expressed their concerns.

"There's asymptomatic spread and that means people are spreading the virus unknowingly. And if you can't social distance and you're outside, you must wear a mask," White House Coronavirus Task Force Coordinator, Dr. Deborah Birx said.

Back in San Diego, visitors News 8 spoke with said they felt safe along our beaches.

"Out in the water, everyone is staying separated, nobody is laying on the beach, everyone is walking along keeping a distance...perfect," surfer Adrian Zaragoza said.

As a reminder, you can go in the water, and walk or run along the sand. You can't stop and lounge.

Accessing the boardwalk is only allowed if you're going to and from the beach, or a nearby business. And, wear a mask if you'll be within six feet of someone outside your household.

“Hopefully if everyone follows all these guidelines and rules and everyone behaves we can move on and have a normal operation out here," Romero said.

In terms of when the boardwalk will reopen, that’s up to the city. At this point, no decision has been made.