Drew Andrews described losing his sense of taste and smell on Sunday, March 22, going through testing a few days later, and his plea that San Diegans "stay home." 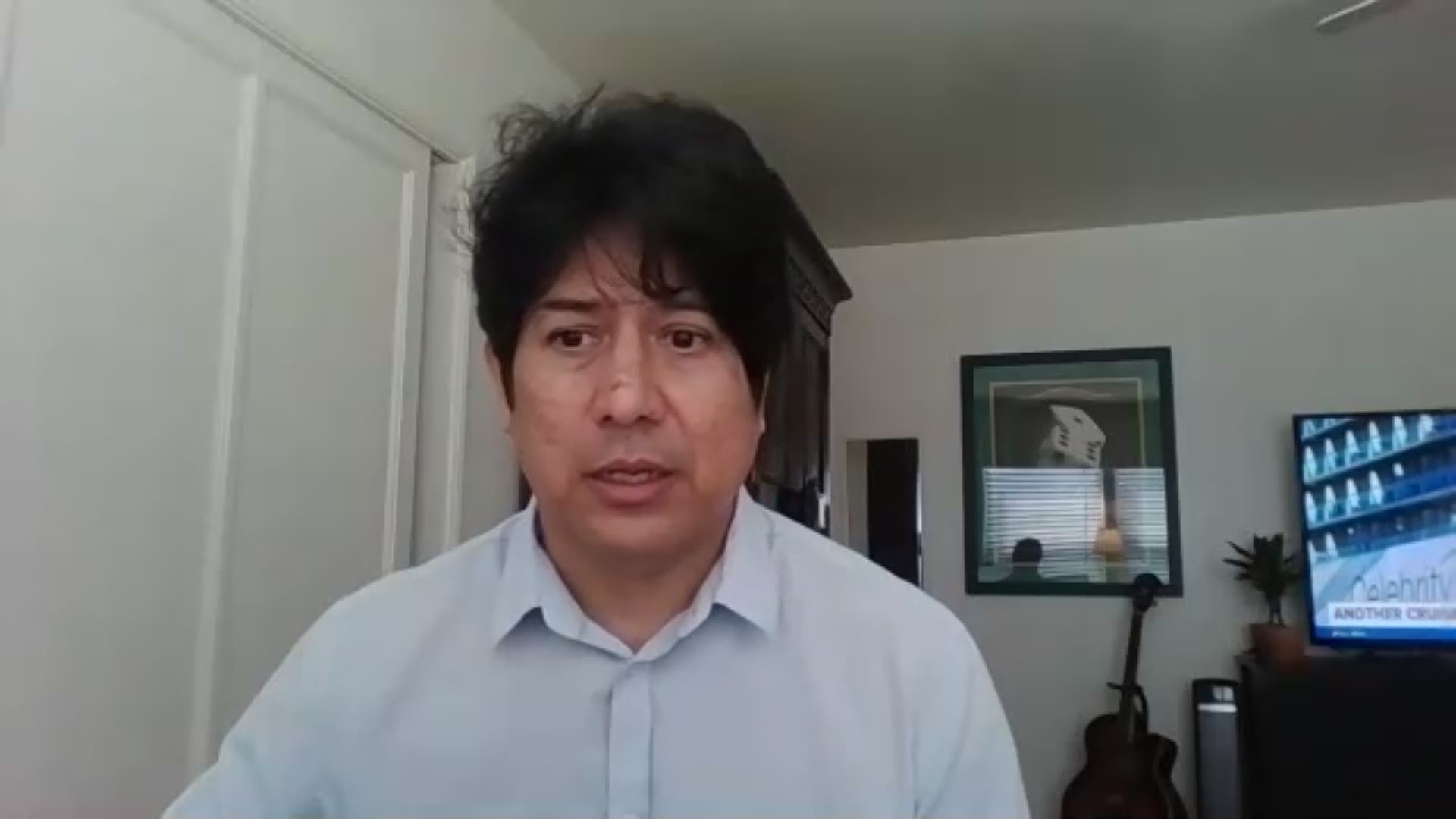 SAN DIEGO — A San Diego musician is sharing his experience and his thoughts after being diagnosed with COVID-19 – the novel coronavirus. Drew Andrews spoke with News 8 about what his symptoms are and when they started, and what it was like to test positive for coronavirus.

“Just being off of work for a little bit, I thought I was run down and exhausted maybe and just decompressing,” Andrews said.

Andrews who is a musician in several current and former San Diego bands including Bit Maps, Via Satellite and The Album Leaf, first shared news of his diagnosis with on Facebook over the weekend.

In the post, Andrews described losing his sense of taste and smell on Sunday, March 22 and having an ongoing fever through at least Sunday, March 29.

He said he called a doctor on Wednesday, March 25 when more of his symptoms matched what he knew of COVID-19. He said he was told he likely the virus however he did not qualify for a test, but the next day he received a call back saying he could try a new “appointment-based.... drive-thru in-car swab-test program.”

“They decided to take me in for a test and then I did get a test at one of the new clinics- they had launched a new clinic at [Sharp] Grossmont Hospital that day and I was one of the first in for that I guess,” said Andrews.

He said all the health care professionals he dealt with deserve “an A+."

“They were still setting up the cones and calling on walkie talkies...  but they were working really, really hard to get it done, I mean it's impressive to see,” he said.

Though he praised medical professionals, Andrews described the testing process as “terrifying” and said he became emotions thinking to himself “I’m in a plague outbreak” as he watched the precautions clinic workers were taking.

Andrews said he was swabbed twice – once for rapid flu and once for COVID-19. He said his flu swab came back negative within an hour and the COVID results took a day and a half.

Andrews said he doesn’t know how he contracted the virus but wants others to understand how important the stay-at-home orders are saying people need to believe science and stop denying that the pandemic is happening.