Proof of vaccination, testing could become commonplace to enter some businesses

California will allow some industries to double their capacity if they restrict attendance to guests who have been vaccinated or can show a negative test result. 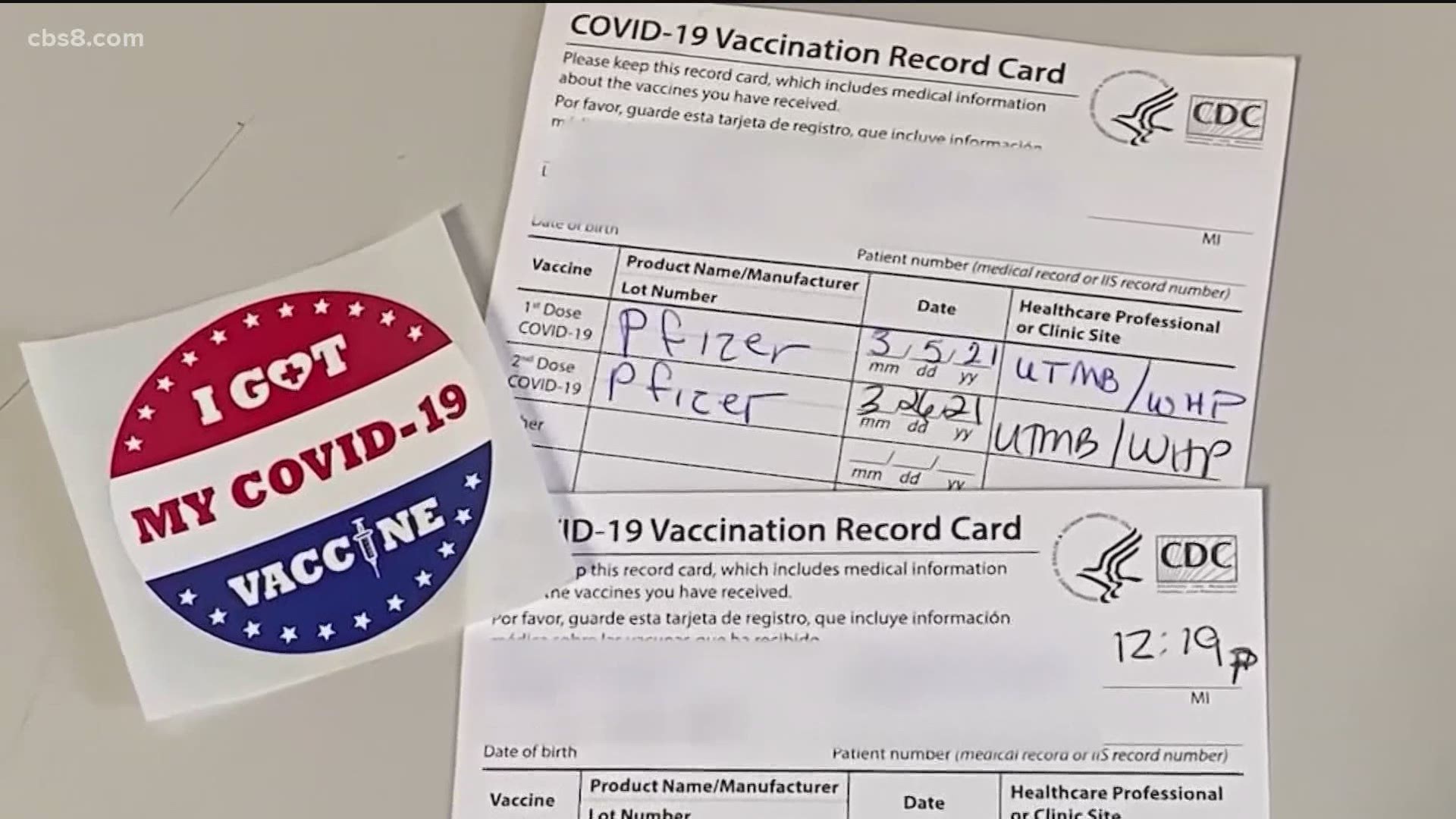 SAN DIEGO — Some industries could be poised to increase their capacity limits even further than initial orange tier limits. A provision would allow them to either double current limits or open indoors if they restrict customers to those who have been vaccinated or can prove they have been tested for coronavirus.

Exact details of the testing criteria were not released. San Diego County officials expect it will come from the state soon.

“We’re still in the early phases of getting that guidance and understanding what that would mean and how it would work. It’s been brought up as a possibility with baseball or other large events to have sections that you have to do that,” said Supervisor Nathan Fletcher.

The loosest capacity restrictions would be for outdoor live events with assigned seating, such as sporting events or live performances. They are currently restricted to 33% capacity for in-state guests only, but it will increase to 67% if they restrict admission to those who are vaccinated or tested.

A similar requirement is already in effect at some Major League Baseball stadiums across the country, but it is not yet mandated at Petco Park.

Other industries that are poised to double capacity include family entertainment centers and indoor live events. Private events could have as many as 300 people outdoors and up to 150 indoors if they agree to the restrictions. Current guidelines limit private events to 100 people outdoors with no provisions for indoor gatherings.

“I think the aim and intention is noble in terms of increasing the capacity for people that have had a vaccine or have recently tested, but the point is well taken that it has to be done in a way that eases the burden on entities that are in charge of that,” said Fletcher.

There is a growing push among businesses for a digital “vaccine passport” that would easily allow establishments to verify a person’s vaccine status. Some states have even rolled out pilot programs. However, the White House cited privacy concerns among the reasons the federal government would not create a nationwide standard. Instead, it pushed the idea onto the private sector.

In the absence of a verified record, there is a potential risk of fraudulent vaccine cards although some experts believe the risk will not be significant as more people get vaccinated, which negates the need for fraud.

There is also some opposition to creating a two-tier system for those who have been vaccinated and those who choose not to since the vaccines have only received Emergency Use Authorization from the U.S. Food and Drug Administration. However, the idea of having a vaccine requirement is common in some cases.

“You need vaccinations to go to school, to go to college, to travel certain places,” pointed out Jeffrey Klausner, M.D., M.P.H., a clinical professor of preventative medicine at the University of Southern California. “When vaccinated people get together, there is an extremely low risk. If everyone is vaccinated, they can feel protected.”

WATCH: Growing privacy concerns expressed over use of 'vaccine passports'