While the coronavirus is mostly talked about having effects on the elderly and vulnerable populations, younger people are making up a large part of new infections. 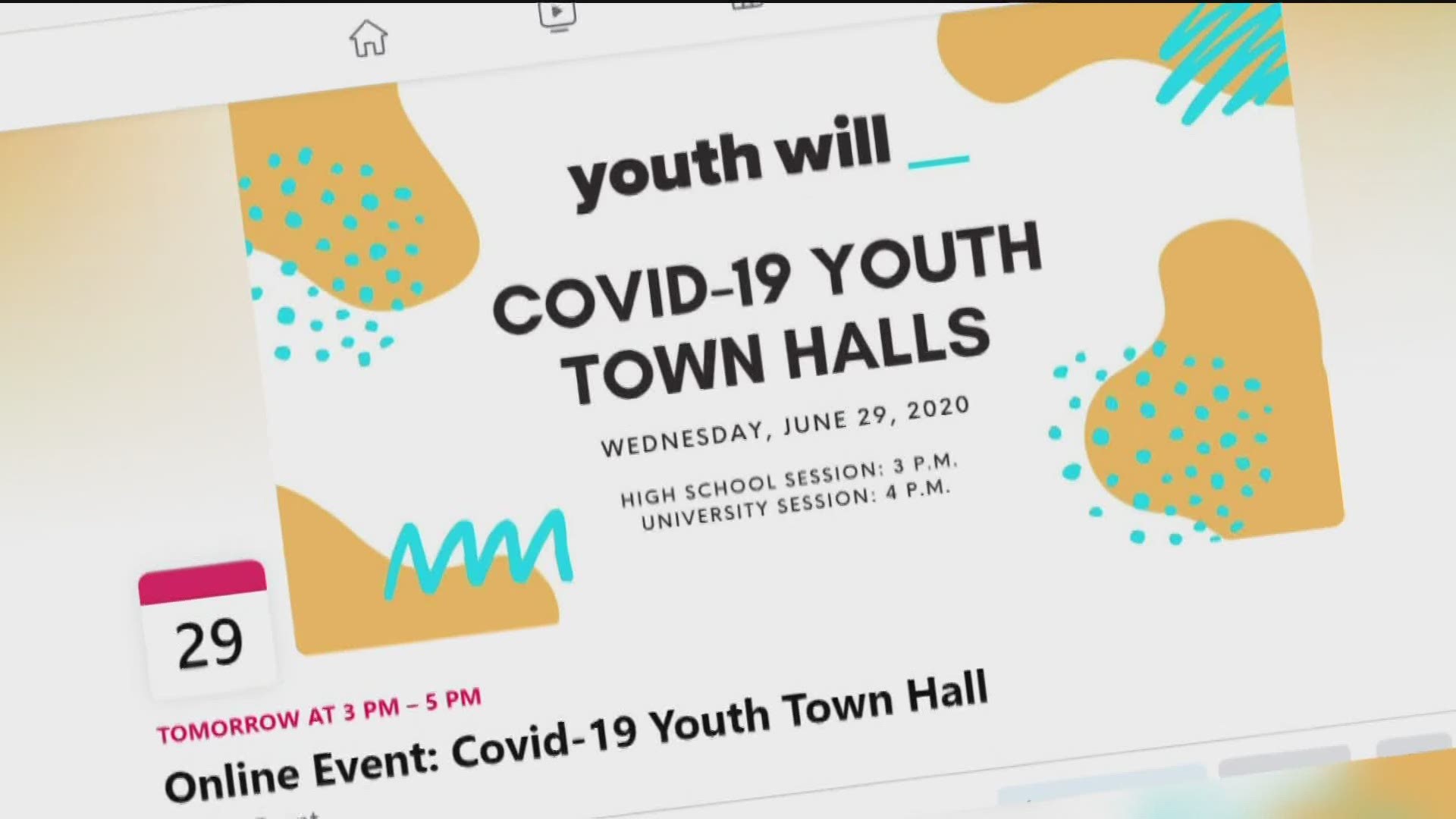 While the coronavirus is mostly talked about having an effect on the elderly and vulnerable populations, younger people are now making up a large part of new infections. Some in the age group in San Diego are now trying to combat the spread of the virus and misinformation about it.

"A lot of people think that just because it might not impact them as much that they won't be able to get it and we're seeing from the data that's not true,” said 17-year-old Laila Del Rio

She is part of the San Diego Youth Will organization.

While the virus has been shown to be deadlier in older adults, those between the ages of 10 and 29 make up a third of new infections in San Diego County.

“With almost 35% of infections being up to age 29, that's why we're concerned correct information is out there,” said Del Rio.

That's why 21-year-old Kathryn Poeschel, another member of the group and recent college graduate, is helping with the group's online town hall taking place Wednesday via Zoom to raise awareness.

"[It will cover] some myths, some facts about it, some basic like ‘you should know this about COVID’ and we'll also be going over some of the resources we found,” she said.

Resources will include information on testing, getting help with unemployment and other issues older generations may have more experience with - and also how to prevent the spread.

"Our demographic is definitely in a little bit of denial because there's so much taken away like prom or how you go to college like all these experiences a lot of people have gotten, we don't get,” Poeschel said. “We don't want to admit we are in the middle of some life-changing stuff.”

"Youth tend to believe what their friends tell them, things they see on Instagram,” Poeschel said. “They tend to believe the first thing they see so it's really important to get the correct information out there.”

They said their goal is to combat that using social media with the correct information coming straight from people their own age.

"I feel like we're using social media and texting which I feel is a big change from what the county traditionally uses to get info out there,” said Poeschel.