Seniors struggle to get second Moderna shot within CDC-recommended window 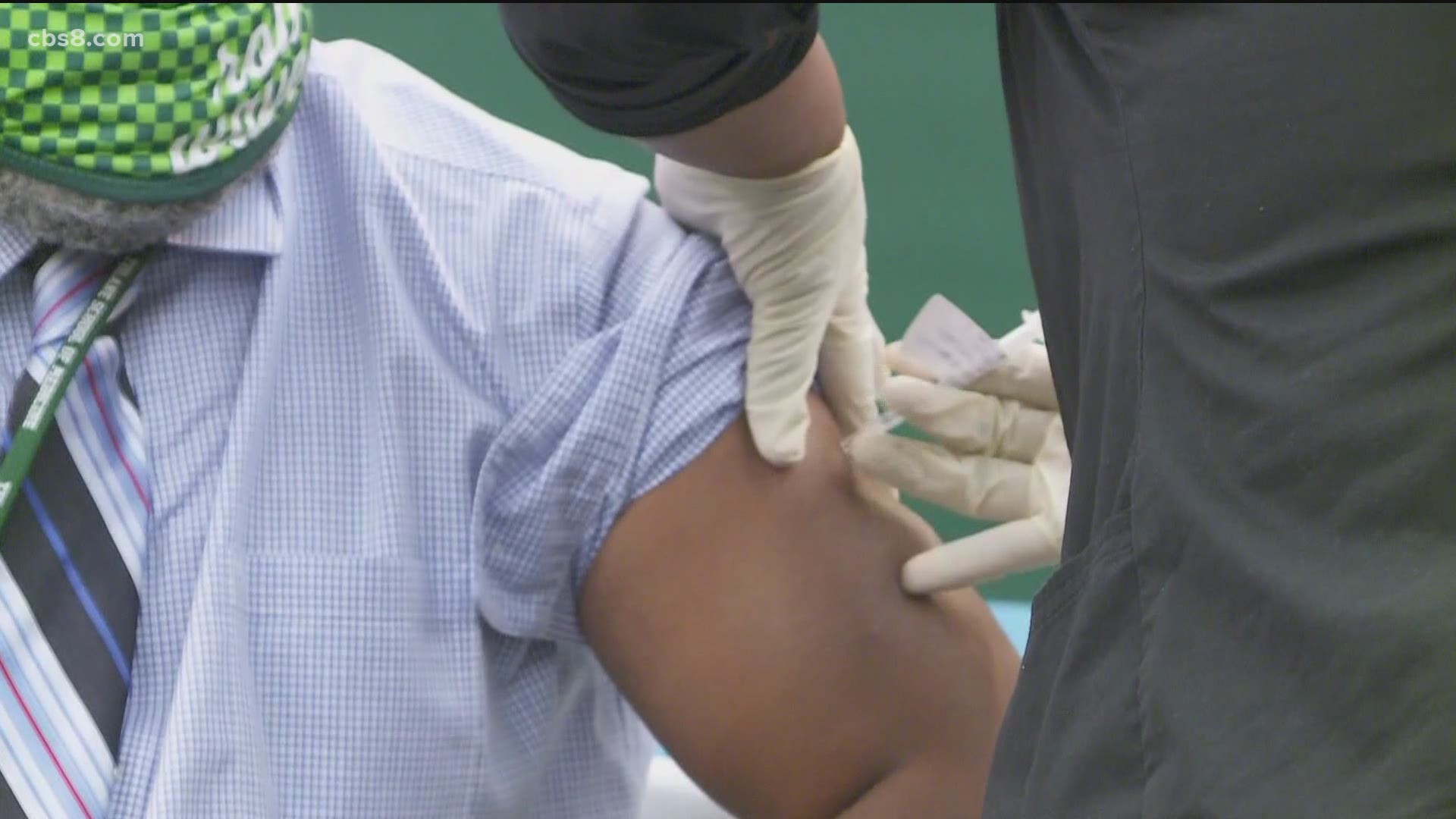 SAN DIEGO COUNTY, Calif. — Some seniors and health care workers have been scrambling to find their second dose of the Moderna coronavirus vaccine after several shipment delays.

The issues began in January when San Diego County received large amounts of Moderna’s vaccine and began distributing them to residents.

The U.S. Department of Health and Human Services encouraged states not to hold back vaccines for second doses, so the county distributed thousands daily to those eligible. Then, in February, severe weather and supply chain shortfalls resulted in delayed shipments just as the same group should have received their second dose.

The Centers for Disease Control and Prevention recommends providers administer the second dose a minimum of 28 days later but says it “may be administered up to 6 weeks (42 days) after the first dose.”

However, irregular shipments forced the county to reschedule thousands of appointments and close its Petco Park Superstation, which had been exclusively vaccinating up to 5,000 people a day with the Moderna vaccine.

Richard Schiff was supposed to receive his second dose on Feb. 21 at Petco Park, but his wife suggested he go to Palomar Medical Center after hearing about severe weather on the way.

“My first inkling was they were saying that there were supply issues with the Moderna vaccine because everything was snowed in,” said Schiff. “I was afraid. That they may not have the supply and I was correct.”

“In a situation like this, it's very, very hard to put blame on anyone. I just am glad that I did get my vaccination,” said Schiff.

The county said it is trying to get as many Moderna vaccines as it can. Any shipments that arrive at its sites are earmarked for second doses. While online appointments at many locations were filled as of Monday morning, there were some that were taking names for a waiting list.

The recent delays have reignited a debate about whether a second dose is even necessary. Researchers published a letter in the New England Journal of Medicine last week pointing to data that suggests both vaccines have an efficacy of more than 92% at preventing severe illness or death after a single dose.

Studies into the timing and whether a single dose is enough are ongoing but will not be completed any time soon.

Separately, research published in the Journal of the American Medical Association showed two doses are necessary to prevent infections and help prevent the virus from further developing.

Officially, FDA's emergency use authorization requires two doses. The CDC says if vaccine recipients who are unable to get their second dose within 42 days do not need to repeat the vaccine series although it is not known how a late second dose may affect efficacy.

Doctors have encouraged patients to seek out a second dose at different sites if they are nearing the 42-day mark.

“My best advice to people is that if you have a chance at a second dose within the time limit grab it,” said Schiff. “If you have an appointment, that doesn't mean it will be there when it's your time.”