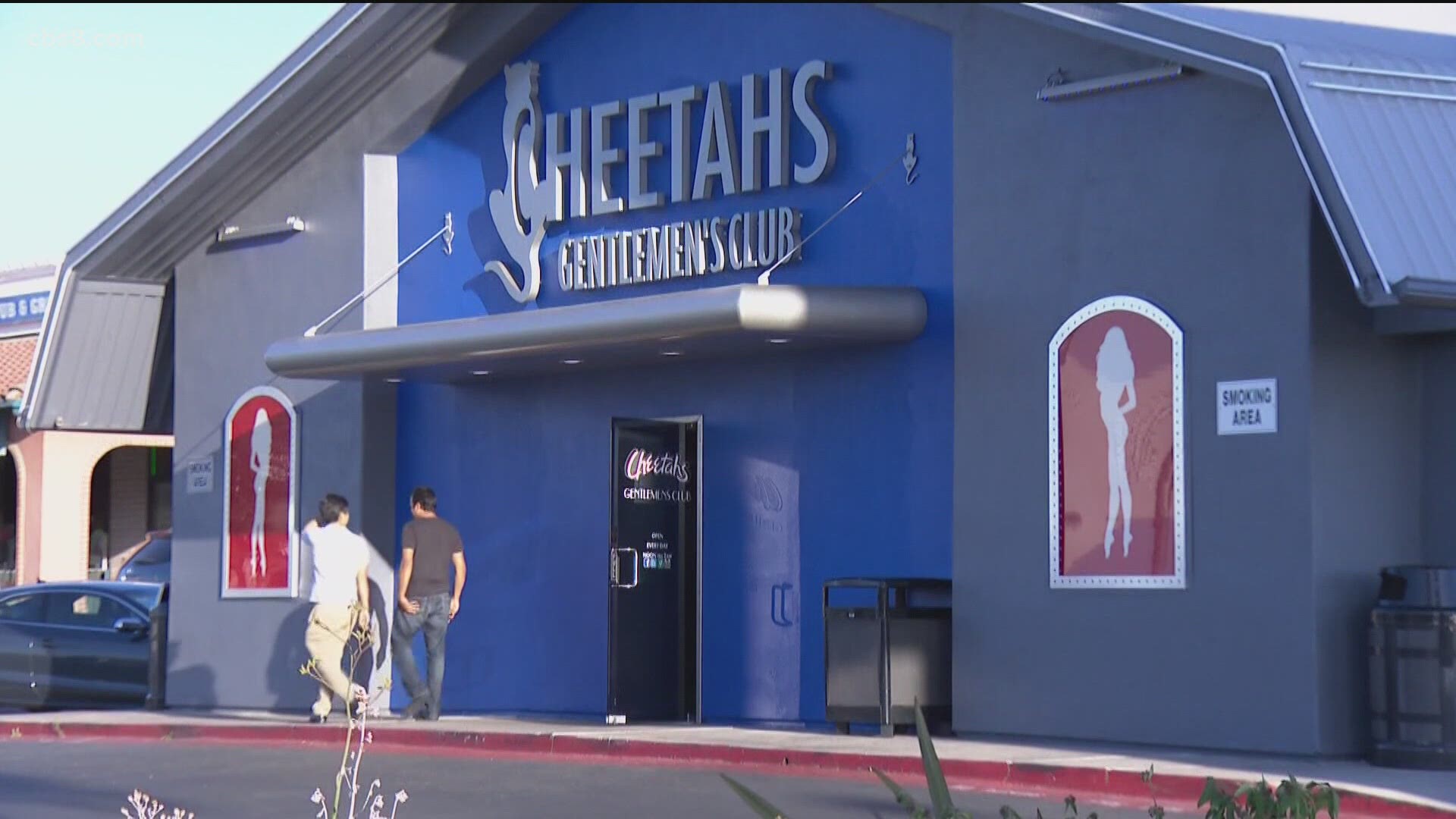 Judge Joel R. Wohlfeil, who previously granted a similar temporary restraining order for Cheetahs Gentlemen's Club and Pacers Showgirls International, wrote in his nine-page ruling that the state of California and San Diego County have not provided evidence tying the spread of COVID-19 or lack of intensive care unit bed capacity to live adult entertainment or businesses with restaurant service.

Wohlfeil's ruling also applied to "San Diego County businesses with restaurant service," though it was unclear exactly what businesses that portion of the ruling would apply to.

Supervisor Jim Desmond joined News 8 Thursday morning to discuss the ruling made by the judge.

Wednesday evening, Supervisor Desmond tweeted out that the county would not enforce restaurant closures:

BREAKING: A judge just ruled that he could not find a connection between resturant services and the spread of COVID. He has directed the county to allow businesses with resturant services to operate their business safely and responsibly.

Officials with the state and county did not immediately respond to requests for comment regarding the ruling. However, San Diego County did say it would pause on enforcing restaurant enclosures until further notice:

The ruling comes after the clubs recently received cease-and-desist letters from the California Attorney General's Office, which stated Cheetahs and Pacers were operating in violation of the Dec. 3 stay-at-home policy barring outdoor and indoor dining, as well as large gatherings.

Attorney Jason Sacuzzo, who represents Pacers, argued there hasn't been a single case of COVID-19 transmission traced to either club since Wohlfeil issued the temporary restraining order in early November, a claim the judge referenced in his ruling.

Deputy Attorney General Patty Li, representing the state, argued Wednesday that the condition of the virus has changed since Wohlfeil's initial ruling, citing increased COVID-19 case and death numbers, as well as a reduction in ICU capacity in the Southern California region, which she said was currently at 0.5%.

The ruling is at odds with another San Diego judge's finding in a separate case that denied a request from local restaurants and gyms to reopen. A hearing on the request for a preliminary injunction in that case is slated for Friday afternoon.

The original complaint was filed electronically at California Superior Court in San Diego on December 14.

See the full order from Dec 16 below: