Some people believe taking a painkiller before the vaccine will mitigate any potential side effects. 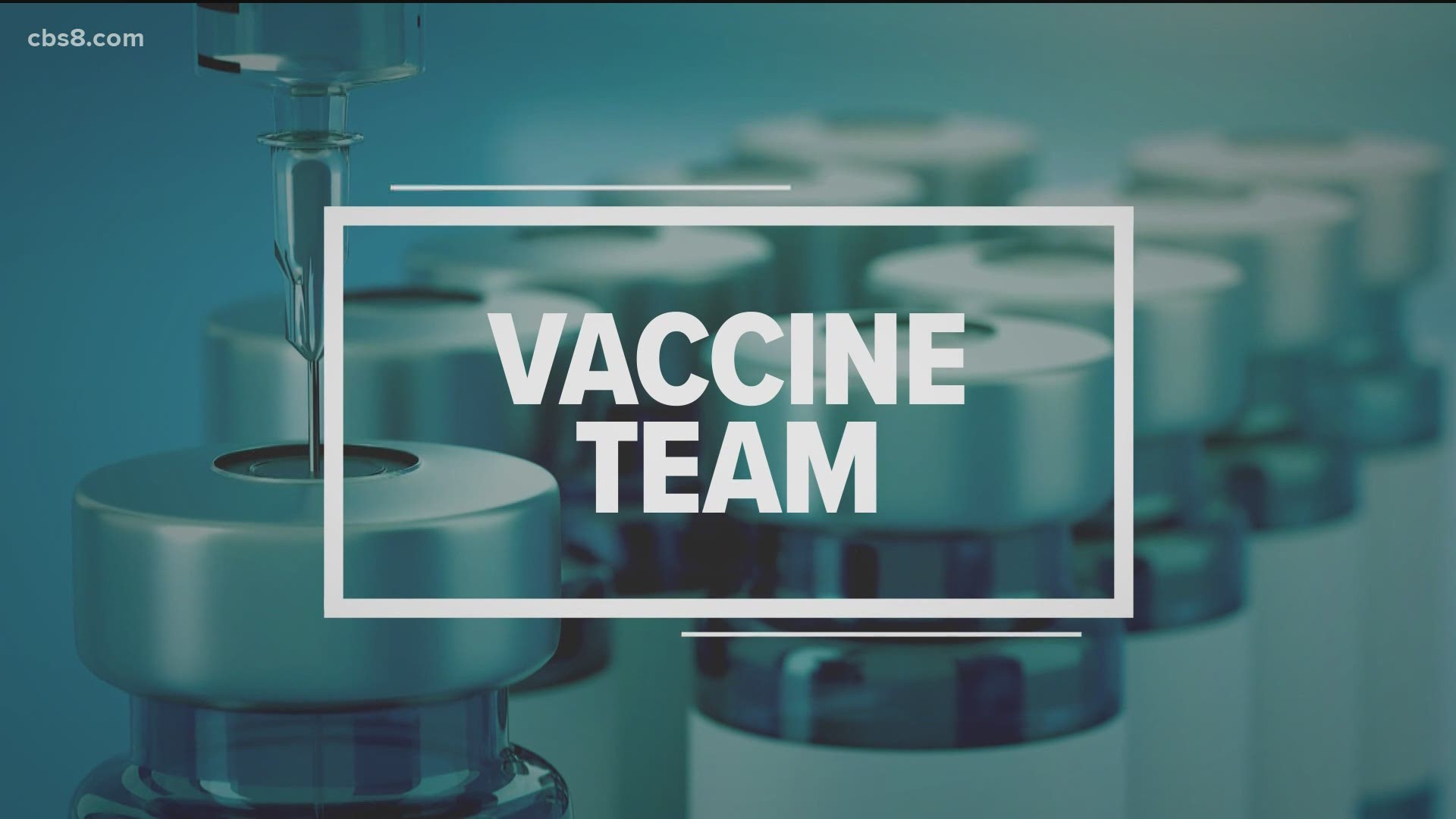 SAN DIEGO — There are a lot of rumors online suggesting recipients of the coronavirus vaccine should take precautions both before and after getting their shot. In many cases, doctors say you should follow your normal routine.

Some people believe taking a painkiller before the vaccine will mitigate any potential side effects. Others suggest avoiding them altogether because they may interfere with the immune system’s response to the vaccine. Doctors say the best course of action is to only take acetaminophen, if necessary, after getting the vaccine.

“It would only be if somebody has symptoms afterward and also if their symptoms aren't enough, that they can just kind of deal with it and just kind of tough it out, because that's the kind of the best thing to do is we don't know for sure. But if you're comfortable enough and acetaminophen is fine now for the second injection, because now you've already laid down your primary immune response,” said Rob Simon, M.D., an allergist and immunologist at Scripps Clinic.

There are some suggestions to avoid exercise before getting the vaccine. Doctors suggest avoiding vigorous exercise about two hours before and after because the vaccine is injected into your muscle.

“The way the vaccines were designed is they're giving it to a muscle and you want that vaccine to come out of the muscle into your bloodstream to start to educate your immune system at a certain rate -- the rate at which was studied in the clinical trials. If you've been exercising or if you're going to go exercise, that increased heart rate that you get with cardio is going to increase your blood flow to that muscle and take it out of the muscles faster then it was originally designed to. I don't know if there is going to be negative consequences from that, but you could wait two hours before after and do it.”

Pfizer and Moderna directed News 8 to F.D.A. vaccine administration guidelines, which does not mention specifically staying away from alcohol. However, since the vaccine is so new it’s also likely any potential effect of alcohol on vaccine efficacy has not yet been realized.

As a precaution, everyone who gets the vaccine must wait at the provider’s location for 15-30 minutes so they can monitor for potential side effects. Most are equipped with medication for severe issues. Recipients are advised to tell staff if they have a history of issues with vaccines.

There is a consensus that getting a good night’s rest is recommended. The vaccine can cause mild reactions and doctors suggest trying to take it easy the day of and after getting a shot.

“Somehow we know ourselves the best and if you think you're feeling under the weather, probably shouldn't be active, then stay and rest and if you feel ‘I'm not quite right, but I can still do things,’ do things,” said Simon. “When you think about it, we've had so many vaccines in our lives and we give our children so many vaccines. There's no special prep for it. You walk into the doctor's office [and they ask] ‘Oh, have you had the flu shot yet? Oh, now is a great time.’ Or ‘I see you haven't had this vaccine yet. You want to get it today?’ So we do this all the time and there's no reason to think that this vaccine is going to be any different.”