As of right now, you can't get the vaccine at a dental office. Instead, dentists are being asked to help at vaccination clinics. 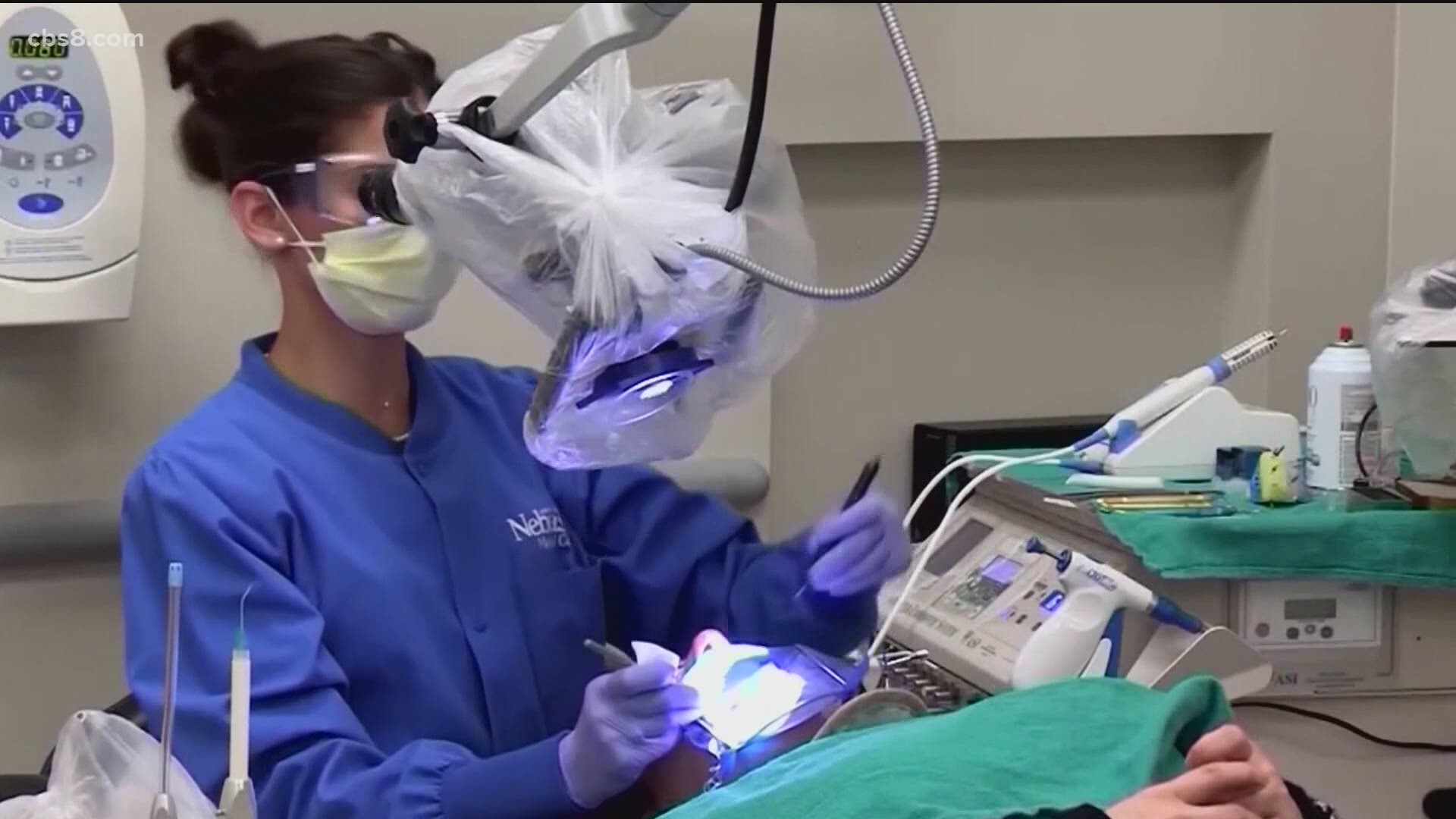 CALIFORNIA, USA — In an effort to speed up the vaccination rollout, California's 36,000 dentists are now being recruited to administer the vaccine as healthcare workers are stretched thin.

As of right now, you can't get the vaccine at a dental office. Instead, dentists are being asked to help at vaccination clinics.

Dr. Coleman Meadows  of Seaside Dental in La Jolla has received inquiries from patients since it was announced last week dentists can administer the COVID-19 vaccine.

"We've gotten a few phone calls," said Meadows. "And I actually appreciate that because that shows that the general public is motivated, is paying attention and wants to start putting the pandemic behind them."

Some have questioned what exactly dentists will be doing, where, and when. Dentists are part of a growing list of medical professionals enlisted to help after Governor Newsom admitted the vaccine rollout is lagging.

"It's gone too slowly. Many of us -- all of us, we want to see the vaccines received immediately administered in people's arms, so dentists administering the vaccine, the pharmacy techs, National Guard, more of our National Guard deployed to begin the distribution."

To qualify, dentists have to complete about four hours of online training. From there, they'll be asked to assist at vaccination clinics set up by local officials.

Dr. Judee Tippett-Whyte, president of the California Dental Association said, "We're looking to help provide manpower to get out in the communities to vaccinate as many people as possible."

Tippett-Whyte said having dentists take part makes sense given the work they already do on a daily basis.

"We're looking for certain nerves and avoiding vessels and so it's a much more complicated procedure to give inter oral injections than it is to give an injection in the deltoid, so we're more than qualified to be able to do that."

Keep in mind, dentists are being asked to volunteer to vaccinate the public without extra pay.

On Monday, San Diego County Supervisor Nathan Fletcher sent out a tweet asking them and others to sign up.

Meadows says he and his peers have already started training.

The dentists News 8 spoke with said eventually, they would like to start providing the vaccine in their offices.