'A complete change' | Inside the new alternative treatment for depression

Depression affects millions of Americans. Drugs don't always work. Now, there is a new alternative treatment that uses magnetic pulses on the brain. 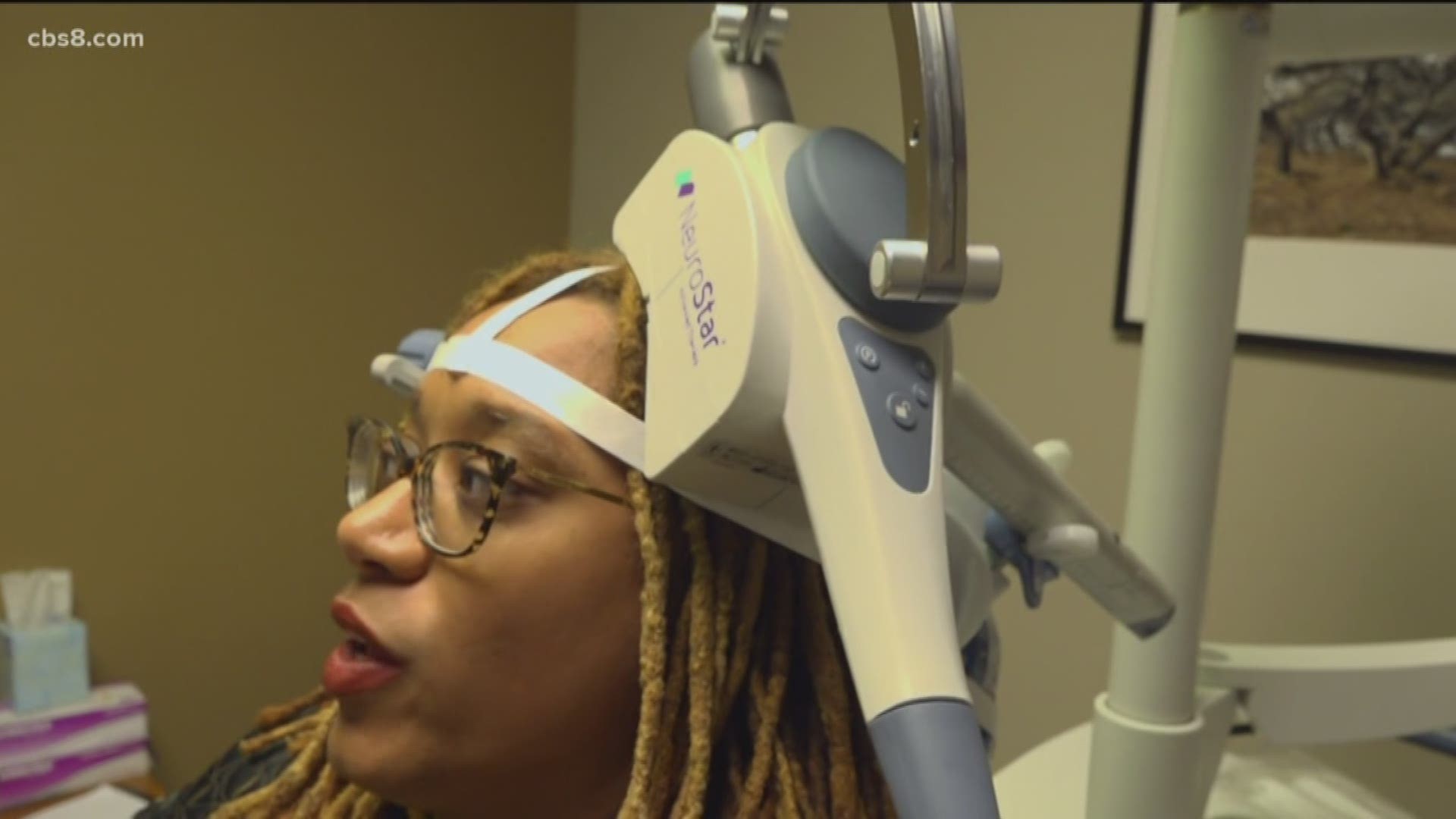 SAN DIEGO — One of the biggest lies told by many is their smile.

"I got really good at putting on a 'mask' as I like to call it. When I would go home I would just cry. I really wondered if life was worth living," said Camille Bethune-Brown, a military wife in San Diego.

Bethune-Brown used to put on a fake smile, but on the inside, she had no joy at all.

"Deep down, I was crumbling inside," said Bethune-Brown.

She was stuck in a black hole of depression. She even tried to commit suicide three months after getting married.

"Some days, I would wish I would go to sleep and not wake up to take myself out of this misery. It really hurt not only myself, but those that are the closest to me," said Bethune-Brown.

The CDC estimates that one out of every six adults will have depression at some point in their lives.

Anti-depressant medications and psychotherapy are the first-line treatments for depression, but these don't always work for everyone.

"I must've tried probably 12 different types of anti-depressants and I was never really like myself," said Bethune-Brown.

In some instances, a little-known device could make all the difference. The treatment is called "Transcranial Magnetic Stimulation" or TMS.

It's FDA-cleared and uses magnetic pulses to stimulate neurons in the frontal cortex of the brain.

"This device is definitely a game-changer in the treatment of depression, no doubt about that," said psychiatrist Dr. Bruce Hubbard.

"TMS works on network, or circuit level, to rearrange the circuits in a favorable manner that a person can have less depression and more energy and to function better," said Hubbard.

The pulses stimulate the areas in the brain that don't fire normally in people with depression.

"Oftentimes we see a positive response as early as [the] first or second week in treatment," said Wycoff.

Patients undergo 20-minute treatments, five days a week for six weeks. Bethune-Brown got off her anti-depressants after three weeks and felt her depression die.

"It is like a light switch went off. Everything is brighter. Food tastes better. It's a complete change," said Bethune-Brown.

"Now I can say I feel like a newlywed again. I'm back and it feels great," said Bethune-Brown.

This treatment can be expensive, but may be covered by insurance. If patients ever relapse, they can go in for more treatments. It is also not for everyone, so it is best to work with your doctor to find out what is best for you.