The 40,000-square-foot, four-story facility is named for the late Conrad Prebys, who earlier donated $25 million to support the facility. 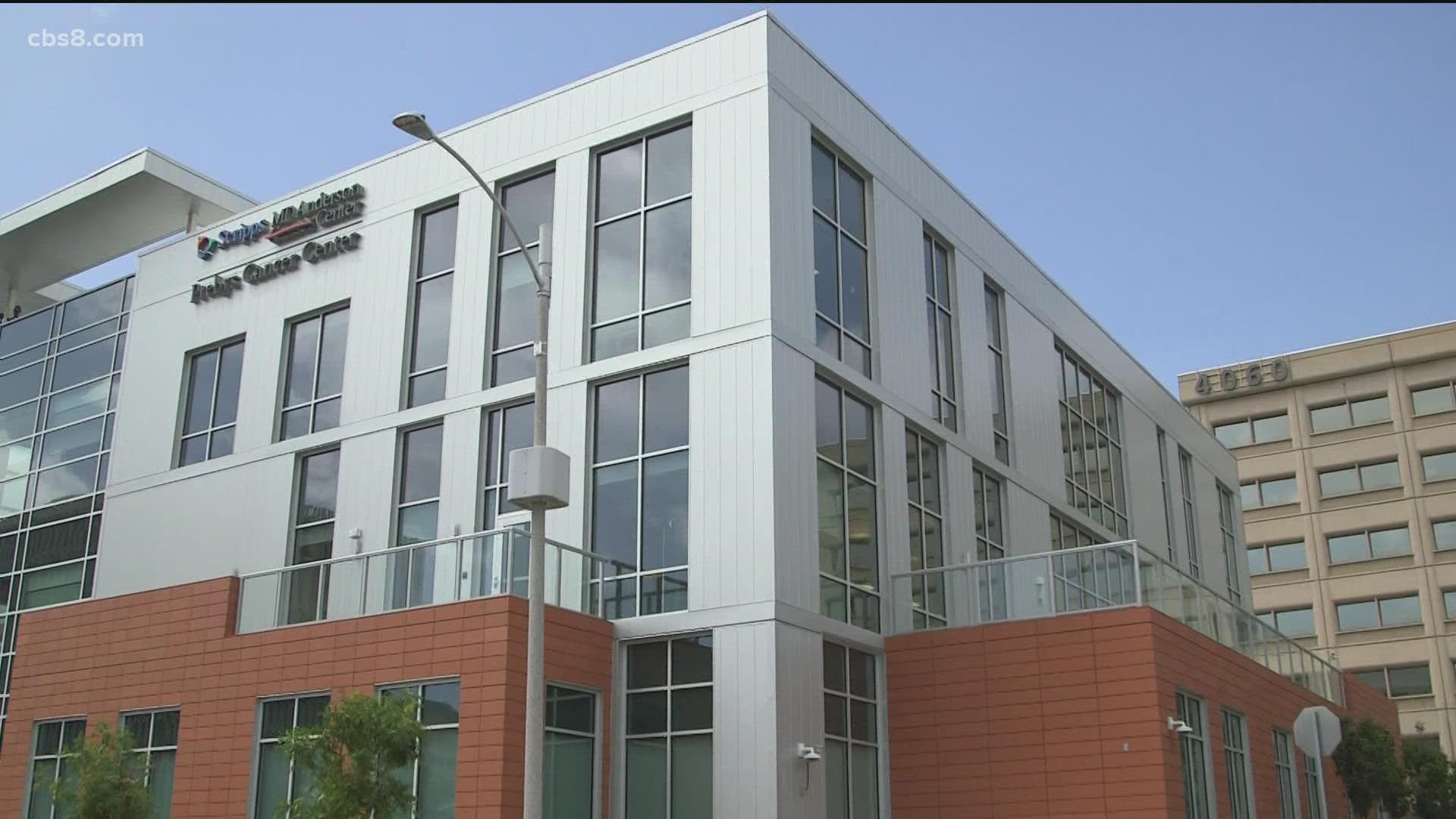 The $59 million center is the second of two regional cancer hubs offered as part of the partnership between Scripps Health and MD Anderson Cancer Center in Houston. The other hub, located on the Torrey Pines Mesa, serves the northern region.

The new outpatient center is slated to offer a range of advanced cancer treatments and patient support services. The 40,000-square-foot, four-story facility is named for the late Conrad Prebys, who earlier donated $25 million to support the facility and an endowed medical director position at Scripps MD Anderson.

"The opening of Prebys Cancer Center represents a pivotal step in our journey to provide advanced, individualized cancer care to the residents of San Diego County and the Southern California region," said Scripps President and CEO Chris Van Gorder. "Patients will find this to be a truly exceptional facility in every sense, from the sophisticated medical technology and collaborative approach to care, to the comforting environment and personal supportive services we offer."

Prebys Cancer Center is now open for physician appointments for new and existing patients. Additional patient care services are expected to begin at the new facility in the coming weeks, including radiation therapy and immunotherapy, targeted therapy and chemotherapy infusion.

The center is equipped with radiation therapy technology, including two linear accelerators that can deliver external beam radiation treatments with "exceptional accuracy," a statement from Scripps reads. The technology allows doctors to shape the radiation beam so it tightly conforms to each tumor's unique contours, while its motion management system enables the beam to follow tumors that move as a patient breathes during treatment. Both of these features are intended to spare normal tissues around the tumor from the damaging effects of radiation.

Prebys Cancer Center also houses a 20-chair infusion center, where chemotherapy, targeted therapy, immunotherapy and other treatments will be administered.

Support services at the new center soon will be permanently consolidated at the nearby Woltman Family College Building, a structure at Scripps Mercy San Diego expected to open in January 2022, when restoration is completed.

"Prebys Cancer Center is perfectly suited to our multidisciplinary team approach to cancer care, where we bring physicians, caregivers and services around the patient," said Dr. Thomas Buchholz, medical director of Scripps MD Anderson Cancer Center and a Scripps Clinic radiation oncologist. "Our patients also will have access to novel clinical trials, which aim to advance current standards of care."

In 2011, Conrad Prebys donated $45 million toward the Prebys Cardiovascular Institute on the campus of Scripps Memorial Hospital La Jolla. He also made a $10 million donation in 2006 to support the construction of the Conrad Prebys Emergency and Trauma Center at Scripps Mercy Hospital San Diego.