News 8 Investigates: Alarming rise in fentanyl-related deaths in San Diego and how the pandemic is making the problem worse

Last year in San Diego, there were 152 fentanyl-related deaths. In 2020, the county is already on track to more than double that amount. 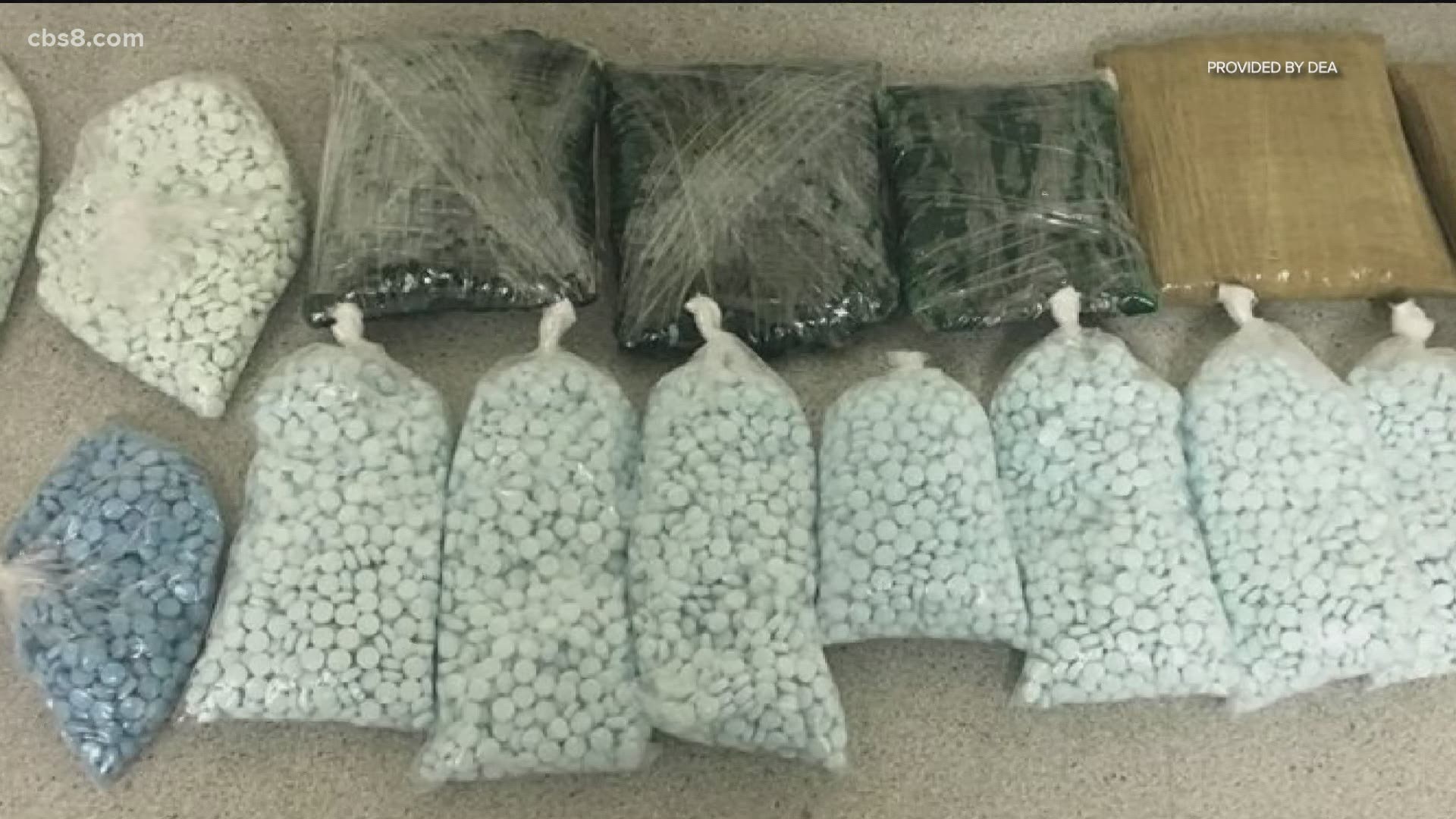 SAN DIEGO — It's a drug 80 to 100 times more powerful than morphine, and the Drug Enforcement Agency says it's killing San Diegans at an alarming rate.

Fentanyl is to blame for about twice the number of overdose deaths in San Diego this year compared to last year.

And one reason, according to authorities, is the pandemic.

For weeks, News 8 tagged along as DEA agents responded to overdose calls throughout the county. There were multiple calls a day in neighborhoods across San Diego including Hillcrest, Clairemont and Pacific Beach.

Fentanyl is a synthetic opioid and sometimes users have no idea they're taking it.

"It’s being synthesized in China and being imported into Mexico," said John Callery, Special Agent in charge of the DEA San Diego Field Division.

"Folks around the country and in San Diego are buying what they think is an oxycontin pill. It is not it. It is a fake oxy pill that has fentanyl in it."

According to the district attorney's office, in 2019 there were 152 fentanyl related deaths. So far in 2020, there have been 259 confirmed cases and an additional 57 cases are still under investigation. The district attorney says they are likely fentanyl-related.

"From the DEA perspective, it’s obvious that the pandemic has something to do with that," said Callery. "From a medical perspective, from talking to medical professionals, [they've] told me that stress related to COVID-19 is causing more people to turn to drugs and alcohol."

The county says depression rates are five times higher than normal. During the pandemic this past summer, fentanyl-related overdoses tripled compared to the same time last year.

Derrick Hotchkiss, 45, died in April of 2019 from an accidental fentanyl overdose in his home. His widow, Diann, is now raising their two-year-old son Dominic alone.

"It happened when Dominic was 14 months old," she said. "He will never remember him, what he remembers is love."

Diann asked we not use her last name.

Hotchkiss was a long time employee at SDG&E. He played rugby for the San Diego Old Aztecs Rugby Football Club. It appeared he had it all together - a good job, a wife, a son and lots of friends. Diann tells News 8 he had been clean ever since she'd known him - though he once told her years earlier he had been hooked on oxycontin after a back and shoulder injury. Just weeks before his death she found out he'd been using fentanyl for more than six months.

"Honestly, it was just pure shock," she said. "You don't expect to lose your significant other so young. We had only been married three and a half years. We had just had a baby."

Diann said she noticed signs that something was wrong a few weeks before his death.

"There was definitely a personality shift," she said. "We had definitely been having some financial issues that did not make sense."

"We were a strong couple and we had started to fall apart and I didn't understand it," she added.

When she confronted her husband he told her he was going to stop using.

"So I said, 'You either need to do rehab or I'm leaving. I love you but...' He initially said 'I promise I'll get off of [drugs].' I was super naive," she said. "I believed him. I didn't know how bad fentanyl was."

"I'm not angry at him anymore," she said. "He made a very dumb decision."

Her husband's dealer was recently sentenced to 14 years behind bars for providing the fentanyl dose that killed him.

"[My husband] doesn't get to see Dominic grow up," she said. "Dominic is just an amazing little boy and so fun."

She said her son knows he doesn't have a dad.

"He's well aware he doesn't have one, and I just simply say 'he's in heaven' when he does ask," she added.

Sadly, her story is one DEA agents have encountered before.

DEA Special Agent Mike Wasser said the drug overdose problem has become so alarming, in 2018 a special task force was created to combat the issue. Agents go after the fentanyl dealers who supply the fatal dose.

They recently served a warrant at a home in Little Italy. Inside they found counterfeit oxycodone pills laced with fentanyl.

"One of the most common ways [to use] is by smoking the pill or a fragment of the pill off a piece of foil," said Wasser.

According to the Centers for Disease Control and Prevention, deaths from illegally manufactured fentanyl continue to be high nationwide. Fentanyl is a highly concentrated synthetic opioid that can be easily transported in small quantities generating significant profits for criminal organizations. One kilogram of fentanyl, which costs about $32,000, can make one million counterfeit pills with a street value of $20 million. This renders fentanyl both particularly attractive to traffickers and dangerous for users.

Users can overdose on fentanyl from just a tiny amount.

To give you an idea of how deadly fentanyl is, the DEA says imagine a Sweet and Low packet. Divide the contents up into 500 lines. Just one line can kill you.

Agents test the substances at the scene. According to Special Agent Callery, agents must be extremely careful handling any substances suspected of containing fentanyl because its so powerful even getting it in your eyes, or inhaling it can cause an overdose death.

Fentanyl Smuggled in from Mexico

Special Agent Callery said it's unclear exactly how much fentanyl is being smuggled into the United States each year.

Recently, during the second largest meth bust in history at the border, agents found 30 pounds of fentanyl.

Great work by @CBPSanDiego @DEASANDIEGODiv & @DHSgov working together to keep deadly drugs out of our country! https://t.co/GiqxwtYbLQ

"You extrapolate that out, that's enough to kill hundreds and thousands of people," said Callery.

"Carfentanil is used by vets to sedate elephants and rhinoceros," said Callery.

The DEA said the cartels know they have a consistent clientele in the United States.

"They’re always looking to fill a void, to take advantage of a weakness that we have," he said.

Hotchkiss' widow's hope and the hope of law enforcement is that anyone struggling with addiction gets help, before its too late.

Due to the opioid crisis across the country, many states, including California, now have laws that allow pharmacists to dispense naloxone without a prescription.

Naloxone is a potent life-saving medication that can rapidly reverse the effects of an opioid overdose and naloxone is available in many local pharmacies in San Diego County.

The County funds prevention and treatment services throughout the region. For a list, click here. Treatment is also available by calling the County’s Access and Crisis Line at (888) 724-7240.