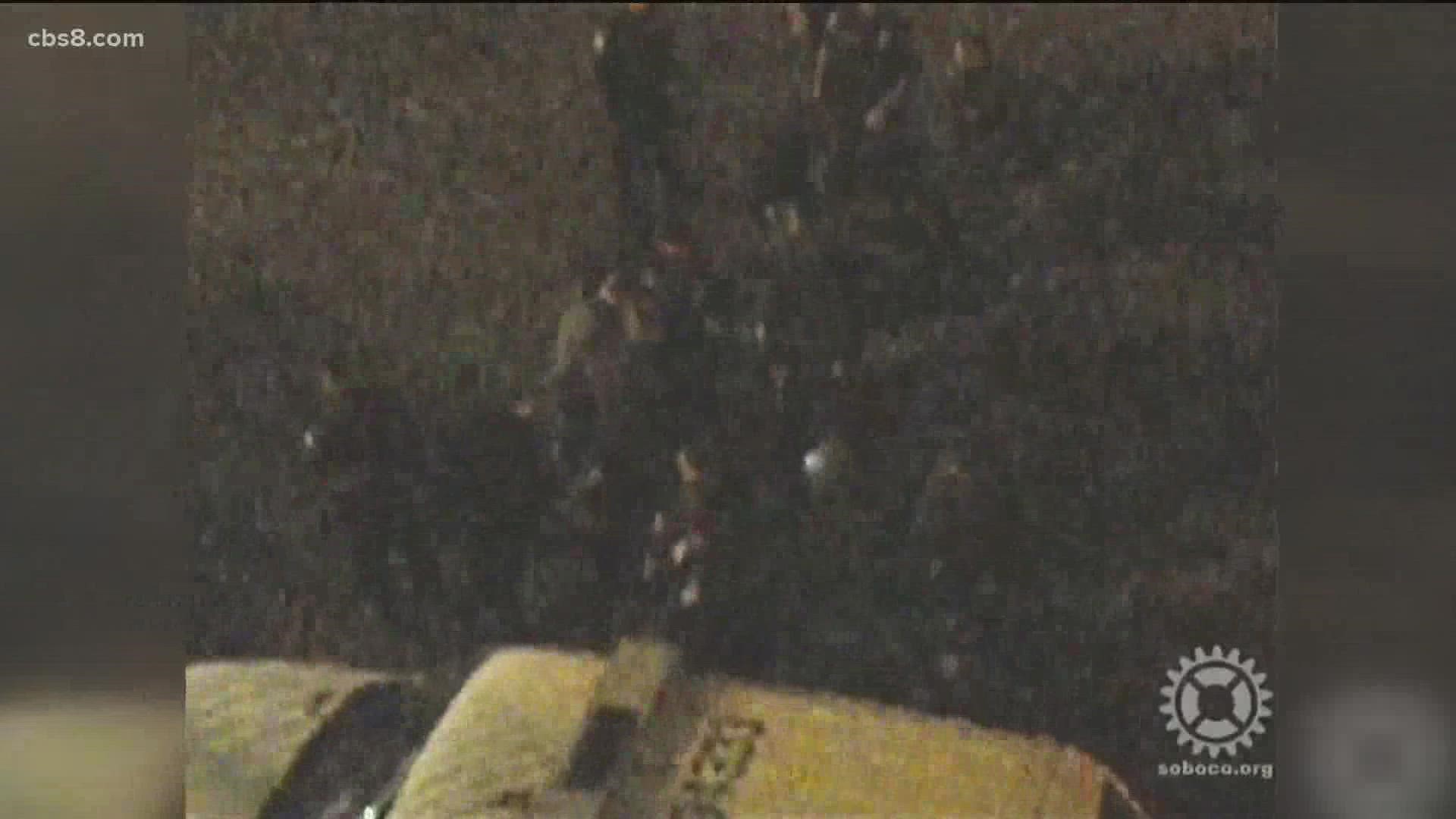 SAN DIEGO COUNTY, Calif. — The U.S. Border Patrol is responding to allegations of using so-called "shadow police units" to cover up investigations into lethal incidents involving its own agents.

Local and regional human rights groups have alleged that while these "critical incident teams"  have no federal authority, they are brought in to conduct criminal investigations, often tampering with evidence to protect border agents.

While Customs and Border Protection disputes it, a recent letter to Congress claims these shadow police units "have allowed border agents to get away with nearly everything, including murder."

One of the most high-profile incidents is the 2010 confrontation at the San Ysidro Port of Entry between border patrol agents and Anastasio Hernandez Rojas, who was handcuffed as he was beaten and Tasered, ultimately led to Hernandez Rojas' death. Federal investigations later found the killing "justifiable."

"That is where the alarm first went off in our minds," said Vicki Gaubeca, director of the Southern Border Communities Coalition which, along with the nonprofit group Alliance San Diego is calling on Congress to investigate "shadow police units" which they allege have been operating within Border Patrol since 1987, and acted to cover up border agents' culpability in Hernandez Rojas' death, along with a growing list of other incidents.

"Everybody assumed they were legitimate, and they didn't bother to prove their legitimacy," Gauebeca told News 8. "And in the process, they wound up acting like cover-up teams.."

These "critical incident teams," according to the Southern Border Communities Coalition, tamper with evidence and cover up wrong-doing by border patrol agents, yet have no authority to undertake criminal investigations.

"I would call them 'washing machines,'" Iredale said. "Whatever you put in comes out clean."

"It's almost like asking a burglar to investigate burglaries," Gaubeca added.

In response, U.S. Customs and Border Protection said  "The U.S. Border Patrol maintains teams with specialized evidence collection capabilities across the southwest border," calling the work of these teams vitally important "as many critical incidents involving CBP operations occur in remote locations where other agencies may be unwilling or unable to respond.

"I don't buy that at all," Gaubeca said. "I think they're just trying to cover up their 'cover-up' teams basically."

Along with congressional investigations, Gaubeca also said she would like these cases with alleged cover-ups by these shadow units, including that of Anastasio Hernandez Rojas, to be re-opened.

"In every way possible let's bring justice to these family members and accountability to border patrol agents that commit abuse," she said.

Here is the U.S. Customs and Border Protections' response in its entirety:

"CBP stresses honor and integrity in every aspect of our mission and expects officers to adhere to the oath they take to uphold the laws of this country, whether on or off duty. CBP also has strong accountability measures in place to promptly review all use of force incidents cooperating closely with other local, state, and federal agencies with investigative interest.  Responses to use of force incidents can be complex and frequently involve overlapping investigations carried out by numerous entities.

As part of the Department of Homeland Security (DHS), CBP has a multi-tiered oversight framework in place to address allegations of misconduct involving agency personnel. Allegations of serious and criminal misconduct are initially referred to the Office of Inspector General (OIG) and may be investigated by that office or CBP's Office of Professional Responsibility (OPR).  Complaints involving mismanagement or less serious misconduct may also be assigned to fact finders trained by OPR within CBP's operational components.  In addition, the DHS Office for Civil Rights and Civil Liberties (CRCL) and Office of Immigration Detention Ombudsman (OIDO) may also investigate or review specific allegations of misconduct or broader agency activities.

CBP's Office of Professional Responsibility (OPR) leads CBP's Use of Force Incident Team (UFIT) process, which includes a comprehensive review of incidents leading to the facts and circumstances being presented before CBP's National Use of Force Review Board (NUFRB).  The NUFRB is comprised of voting members from CBP's operational components along with representatives of the Department of Homeland Security Office for Civil Rights and Civil Liberties as well as the U.S. Department of Justice Civil Rights Division.  The NUFRB reviews serious use of force incidents to determine whether the actions of CBP personnel were consistent with agency policy as well as to identify any training, tactics, or policy issues requiring further review.

The U.S. Border Patrol maintains teams with specialized evidence collection capabilities across the southwest border.  These teams consist of highly trained personnel available to respond around the clock to collect and process evidence related to CBP enforcement activities as well as critical incidents. In the case of serious incidents involving CBP personnel, members of these teams are sometimes called upon to assist investigators from CBP OPR and other local, state, and federal law enforcement agencies.  This is a vitally important capability as many critical incidents involving CBP operations occur in remote locations where other agencies may be unwilling or unable to respond.

To help ensure key stakeholders, including the public, have insight into CBP's oversight processes, we are launching a new section on our website allowing easy access to a variety of relevant resources including our annual discipline report, searchable information regarding use of force trends, the results of our National Use of Force Review Board, a copy of our procedures for reviewing in-custody deaths, and public statements regarding each such death during FY21. CBP employees and officers perform their duties with honor and distinction, and we will not tolerate corruption or abuse within our ranks." 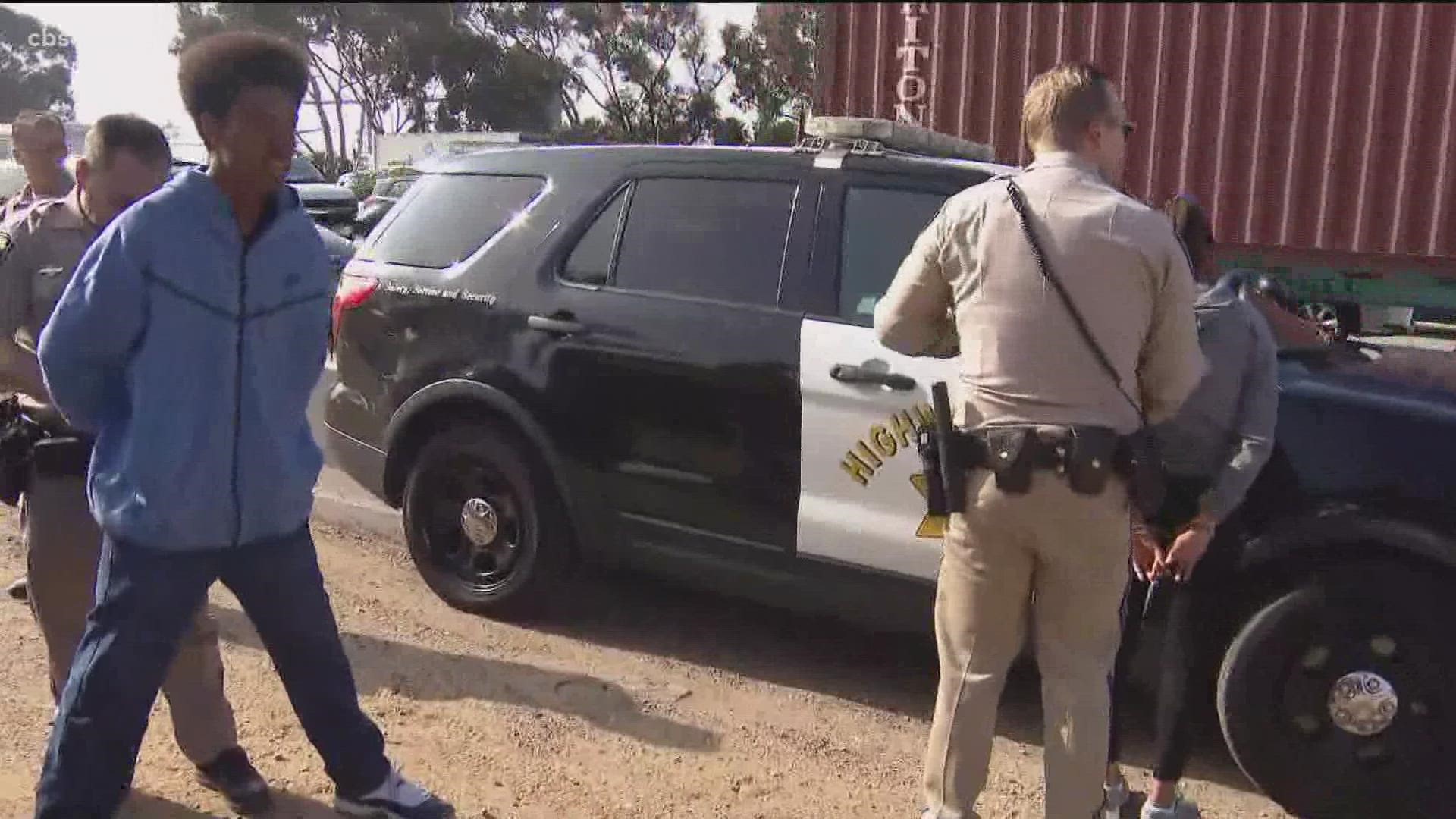