These families seeking asylum had been forced to remain in Mexico under the Trump administration's policy to deter immigration. 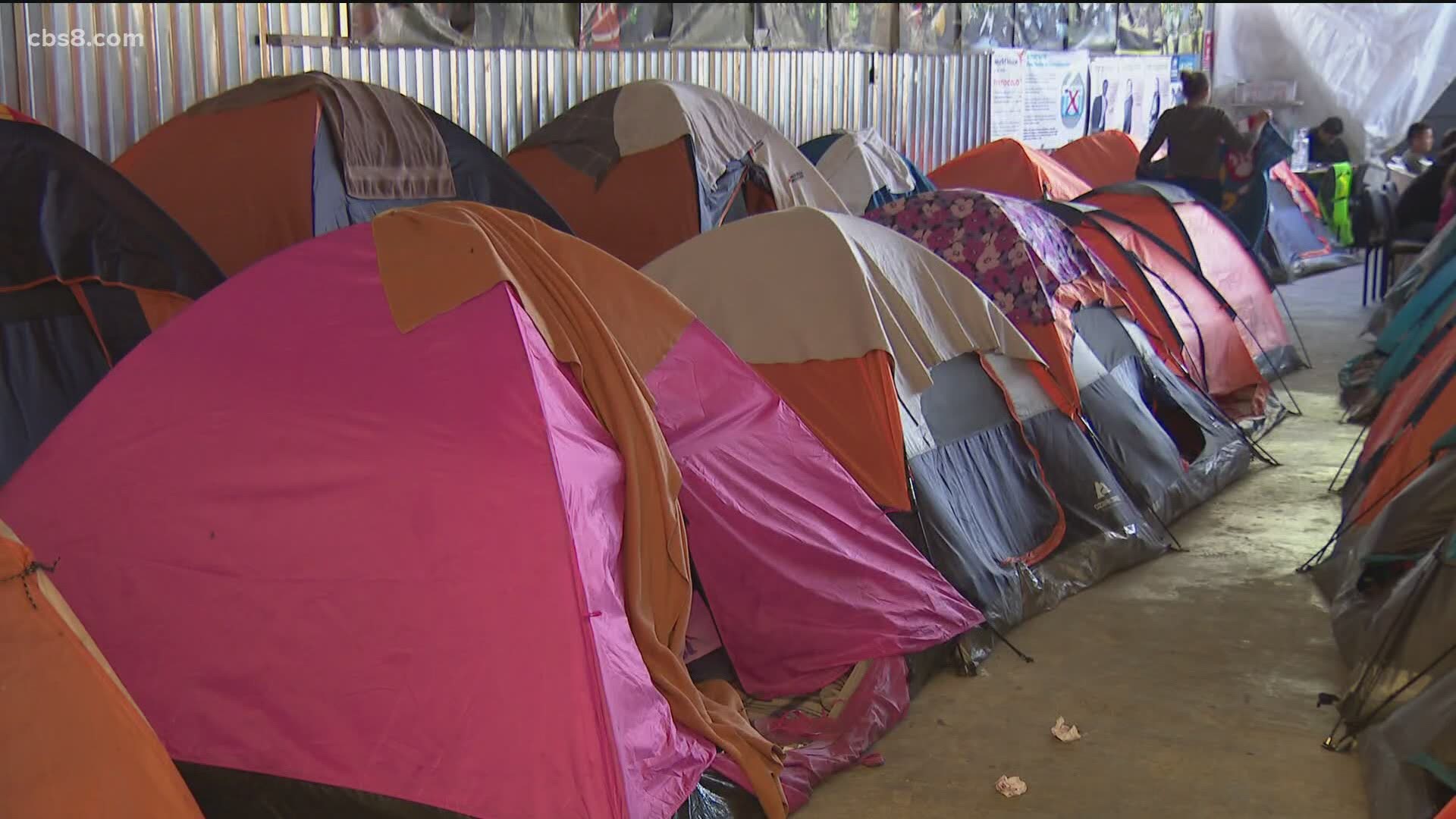 SAN DIEGO — After being forced to wait in Mexico, dozens of migrants seeking asylum have finally been allowed to enter the United States.

This reversal of the Trump administration's immigration policy comes as human rights groups criticize the dangers these families endured: some for as long as two years.

These 25 asylum seekers allowed to cross into the United States on Monday first had to test negative for coronavirus.

They will now be taken to a local hotel to quarantine for 10 days before they are allowed to move on. For the most part, they will stay with family as they await their court hearings.

"Today was a day of joy, a day of hope," said Congresswoman Nanette Barragan (D- Los Angeles), who traveled to the San Ysidro Port of Entry to witness the process and to speak one-on-one with the families.

"It brought tears to my eyes," Barragan added. "That little girl who is three years old had to spend a year and a half in an encampment in conditions that were not America and were inhumane."

These families seeking asylum, along with tens of thousands of others, had been forced to remain in Mexico under the Trump administration's "Migrant Protection Protocols" program, launched in 2019 to deter immigration.

Earlier this month, President Joe Biden announced the end of that directive.

In total, more than 65,000 immigrants were forced to return to Mexico under Trump's policy.

Barragan says that the conditions they lived in, some for as many as two years, were dangerous and in some cases, even deadly.

"We are hearing stories of women who have been raped, drug cartels getting to migrants and trying to use them for their own benefit, deaths as well," Barragan said.

Cramped conditions during the pandemic also posed other risks.

"You have families congregating together, very close to other families and that is a hazard when it comes to COVID-19," she added.

Currently, those asylum seekers with active immigration cases, roughly 25,000 applicants, are being processed to enter the U.S.

While about 25 migrants are now being processed per day at each port of entry, Customs and Border Protection plans to eventually ramp up to 300 per day.

The migrants are being processed now, then they head to the bus! pic.twitter.com/rlN0tBeL8D