Beyond the Border: Asylum family making a life in El Cajon

The family is now living in San Diego county as they wait for their chance to become permanent residents of the United States. 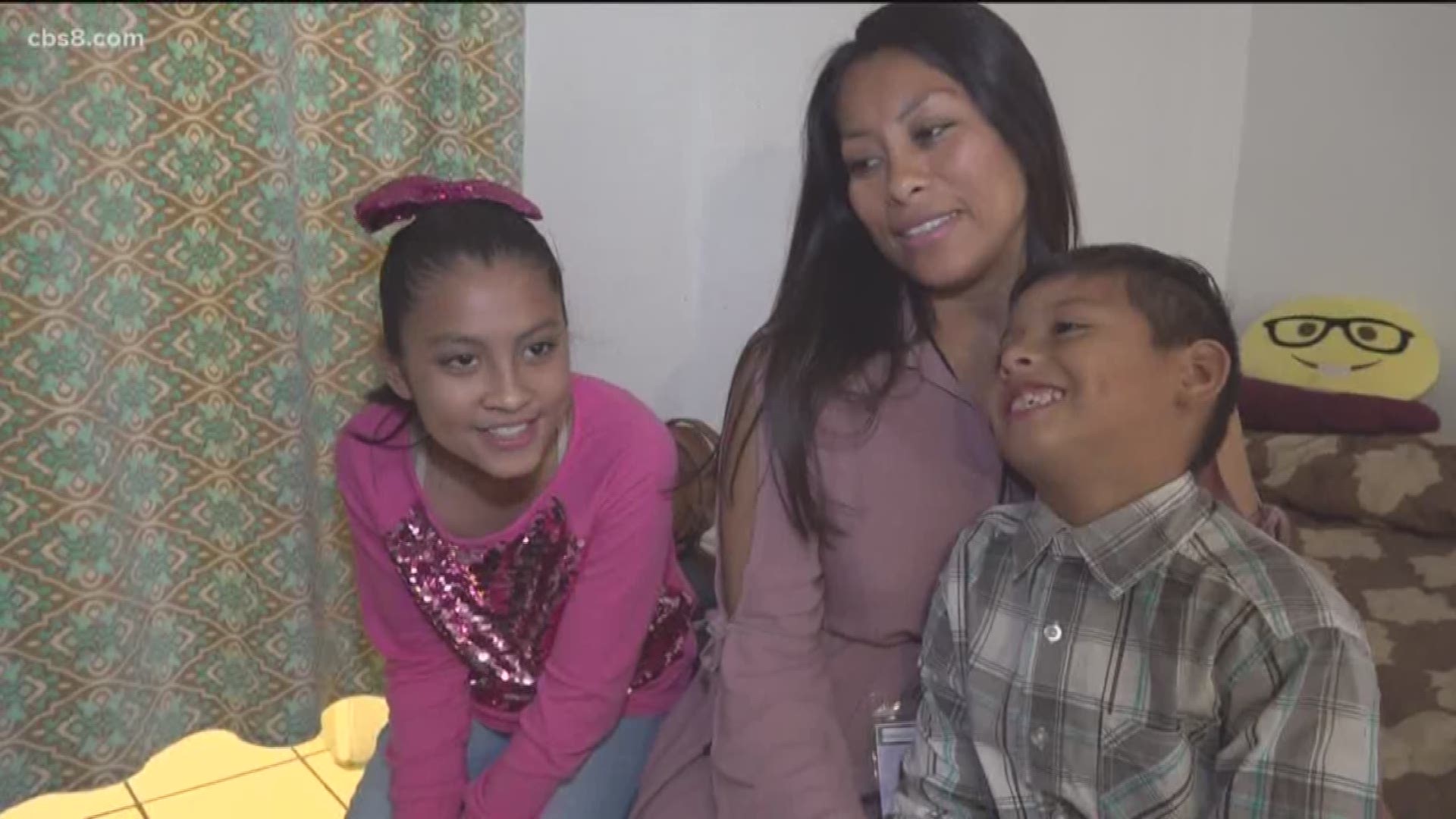 SAN DIEGO COUNTY, Calif. — There is good news to report about a mother from Mexico and her three children that CBS News 8 has been following for the past six months.

The family is now living in San Diego county as they wait for their chance to become permanent residents of the United States.

Dulce Rosario and her three kids are doing well at the East County Transitional Living Center in El Cajon.

They feel safe there for the first time in a long time.

RELATED: Father of US citizen travels to Tijuana to identify son’s body

Rosario is now a single mom. Her American husband, Phillip Caldwell, was murdered in Tijuana shortly after she and the kids crossed into the United States to claim asylum.

“I’m happy because, you know, I got a place where my kids can enjoy and rest and they are safe here,” Rosario said.

The children, still grieving from the loss of their father, are coping and attending a nearby Christian school.  They set foot in the United States for the first time three months ago.

RELATED: Help coming for family of US citizen murdered in Tijuana

RELATED: Family of US citizen crosses border to claim asylum

Now, they are starting to speak English and earn awards at school.

“I’m going to school and I'm learning how to read English and how to write English,” said Jayda, a 5th grader.

Jayda received an award from her teacher for academics.  Her little brother, Kayden, also received honors for his interest in signing.

Rosario is being trained to do office work, but as it stands now, the government won't let her earn a living.

“She's here in the United States but she's not able to work.  Should she be working and making money here, she'd be breaking the law,” said James Merino, the center’s director of family services.

Merino said his mission is to help all his residents get a high school diploma (or GED) and a job.

Dulce has applied for a work permit while her green card application (as the widow of a U.S. citizen) goes through. She's also waiting for an asylum hearing.

“She's done great.  She speaks English and Spanish.  That’s one of the needs that we had, being here in San Diego it's a great benefit,” said Merino.

The family was able to transport Phillip Caldwell's remains back to the United States thanks to donations from the San Diego community.

Rosario also has a sponsor, who is helping her pay rent at the center.

“I hope I can find a job.  I’m trying to learn new things at the office so in the future I can work,” she said.

Rosario is getting legal assistance from Catholic Charities of San Diego.

The East County Transitional Living Center in El Cajon is a faith-based, nonprofit.

If you would like to help, both agencies accept donations.