The STIR/SHAKEN technology authenticates a phone call origin and makes certain the information on the Caller ID matches. 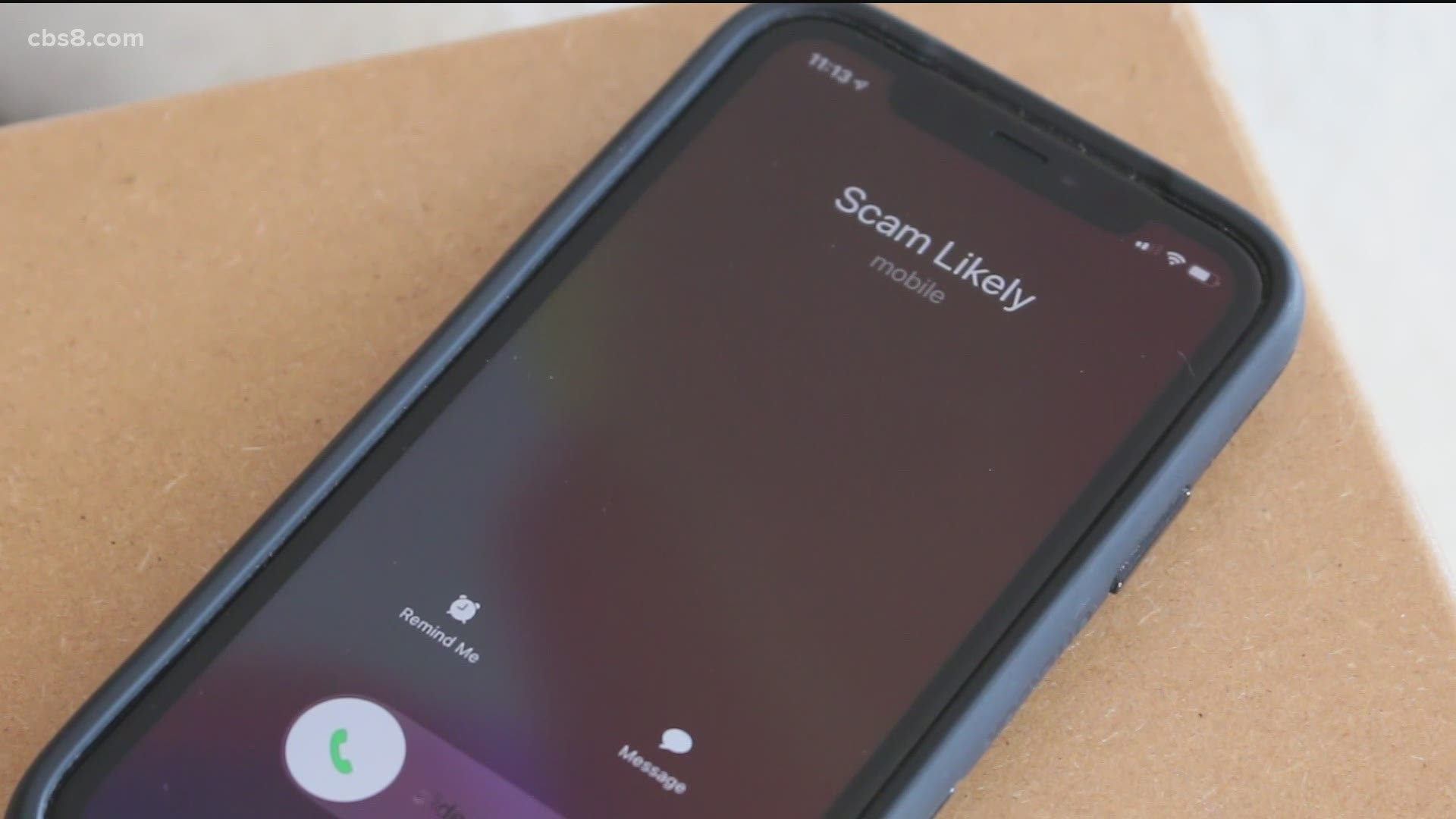 SAN DIEGO — Do you trust the number that shows up on your Caller ID?

There’s a good chance you don’t.

Scammers have been able to “spoof,” or fake, the number that shows up on your Caller ID, increasing the chances you’ll answer or tricking you into thinking the caller is legitimate. Robocalls work in a similar way.

If North Carolina Attorney General Josh Stein has his way, that will change soon.

“I put together a 51 Attorney General coalition to negotiate a series of anti-robocall principles with the big telephone companies,” Stein said. “An important element of that is technology called STIR/SHAKEN."

Stein is leading the charge to implement STIR/SHAKEN. According to the Federal Communications Commission (FCC), STIR/SHAKEN ensures that calls traveling through phone networks would have their caller ID "signed" as legitimate by originating carriers and validated by other carriers before reaching you.

It basically authenticates a phone call origin and makes certain the information on the Caller ID matches.

“The phone companies can require that the phone call display the number from which the call was originated,” Stein said. “They can no longer spoof.”

It’s not an easy fix, according to Stein.

“It has to be a universal fix because as long as there are certain phone companies that haven’t deployed the technology, the bad guys can get around it,” Stein said. “So, what we need to do is make sure it’s uniformly implemented.”

“The criminals are using the internet and spoofing technology to trick us, and we need the phone companies to protect us,” Stein said.

The FCC is requiring providers to implement STIR/SHAKEN in portions of their networks by June 30, 2021.

“When that gets fully implemented, which we hope it will this year, we should see a dramatic decline in the number of spoofed phone calls,” Stein said.

According to the FCC, “as implementation continues to progress, it will give Americans more confidence that the caller ID information they receive is accurate and will allow voice service providers to provide helpful information to their consumers about which calls to answer.”

WATCH: Stop the Calls: How do robocalls work?