Stop the Calls: How do robocalls work?

Nearly half of all mobile calls in the United States are robocalls. 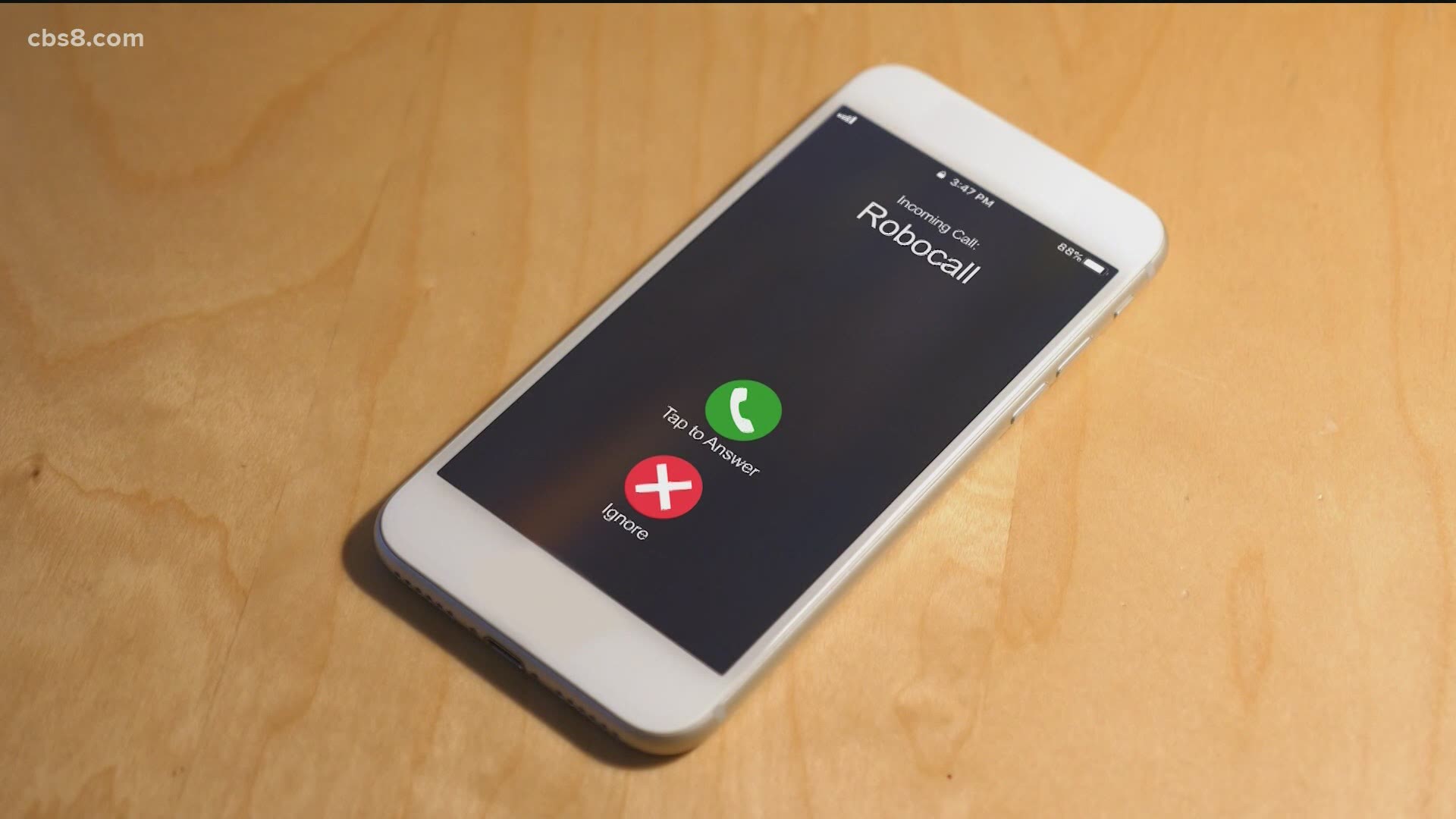 SAN DIEGO — Tired of getting robocalls? You’re not alone!

Nearly half of all mobile calls in the United States are robocalls. Americans received more than 58 billion robocalls in a single year before the pandemic, according to YouMail, a company that develops robocall blocking software. Billions of more calls were made last year, despite the pandemic.

“Whether you have a landline or a mobile phone doesn't matter,” said telephone technology expert -- and reformed robocaller -- Michael Self. “You're sitting in a hospital room. Those phones are going to get robocalled, too.”

For the scammers, it's all about numbers. The more people they call, the more potential victims they'll get.

“It might be one in a million, but if you get a couple of those a day you've scored pretty big,” Self said.

And that's where the “robo” in robocall comes in. Computers with auto dialers can speed up the game of chance, making 10,000 calls every second. And they're using basic, cheap technology to do it.

“I can turn a laptop into an auto dialer for about $1,000 that will call a million people per hour,” said Billy Howard.

He understands the technology because he’s a lawyer who sues robocallers.

“It continues to be the number one complaint in America and it's getting worse," Howard said.

Many robocallers use “spoofing” to trick you into answering your phone. Spoofing is when they change the caller ID you see to a name or number that looks familiar. For example, the call will look like it’s coming from the IRS or a phone number that’s similar to yours.

A robocall trying to sell you something is illegal unless a company has your written permission to call you that way. The Federal Trade Commission is among the agencies with the power to go after the illegal robocallers which can lead to fines. Unfortunately, that doesn't seem to be much of a deterrent.

“If you’re making millions and you pay a fine that's in the tens or hundreds of thousands of dollars - it's a cost of doing business," Self said. "Going to jail is one thing, but paying money, it’s just another bill you have to pay."