Local leaders stand together in wake of deadly violence in Charlottesville

San Diegans are standing together in wake of the deadly violence in Charlottesville. Two local events are being held Friday, both aimed at promoting equality and unity. 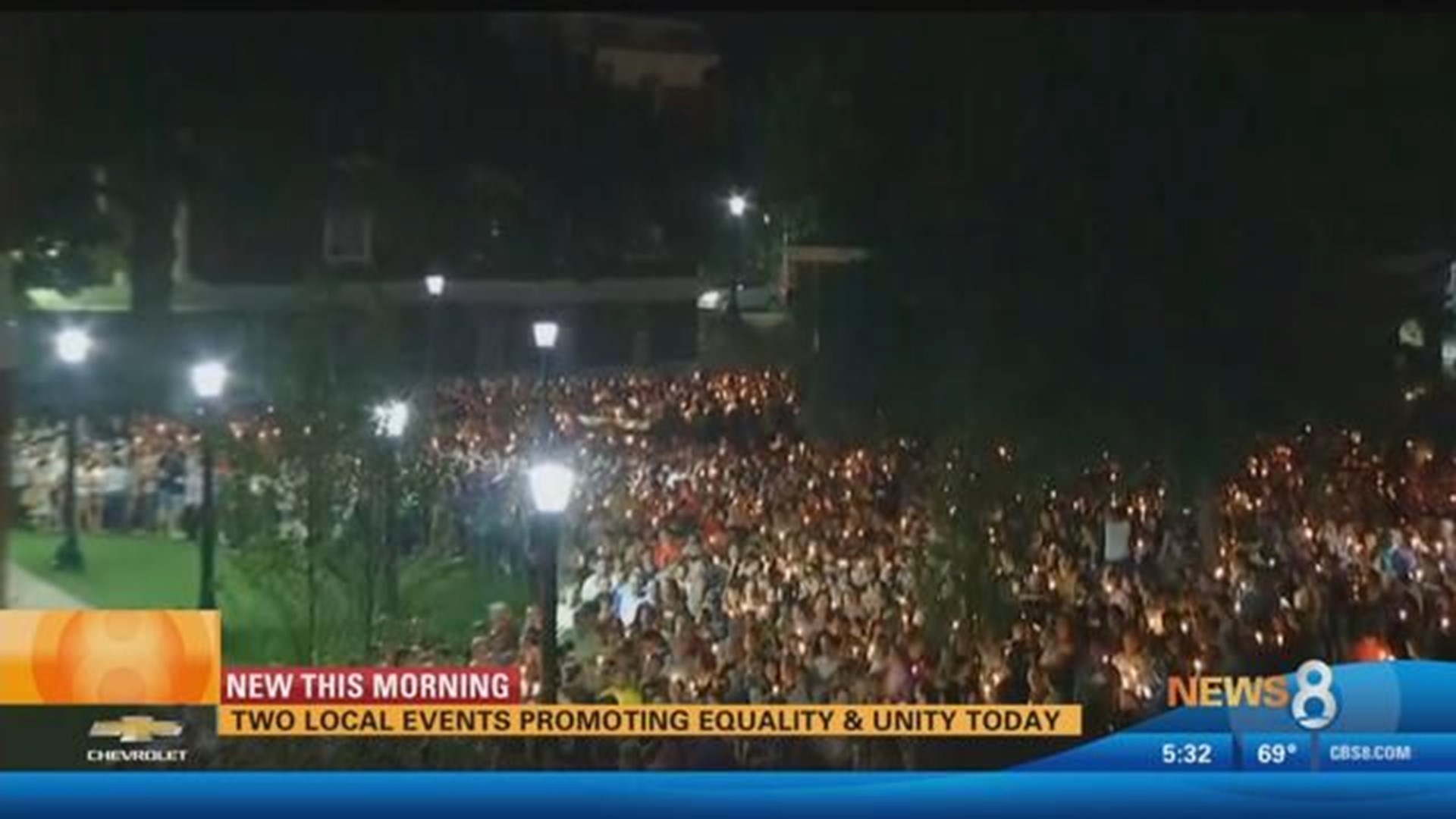 SAN DIEGO (NEWS 8) - San Diegans are standing together in wake of the deadly violence in Charlottesville.

Two local events are being held Friday, both aimed at promoting equality and unity.

San Diego clergy and members of the San Diego Organizing Project will speak out Friday in Balboa Park about racism and white supremacy stemming from the violence in Charlottesville.

According to the Southern Poverty Law Center, California has 79 active hate groups. Experts say that's the largest number in the U.S. with many in Southern California. Many religious leaders say it's time for change.

The Very Reverend Penny Bridges says we should have open hearts and have dialogues even with people who have opposing views and hate in their hearts.

"Let them speak and explain what's in their heart, try and understand the hurt that's generating the hate. We will never defeat hate by staying divided," Rev. Bridges said.

Dozens of faith leaders say they stand with Charlottesville and reject intolerance and violence. They say they hope to inspire unity and equality while ending white supremacy in San Diego by shining a spotlight on racism.

The San Diego Organizing Project will meet at St. Paul's Episcopal Cathedral at the 2700 block of Sixth Avenue at 11 a.m. to share their experiences and stand against oppressive systems of racism.

Friday evening, immigrant and minority small business owners will meet to bring San Diego together in celebration of community, acceptance and love at "The Melting Pot" Summer Block Party at the corner of El Cajon Boulevard and Utah St. from 6 - 10 p. m. in El Cajon.

The event is free and open to all.