After losing her vision in her twenties from a rare eye disease, Amy Dixon is now a world class athlete 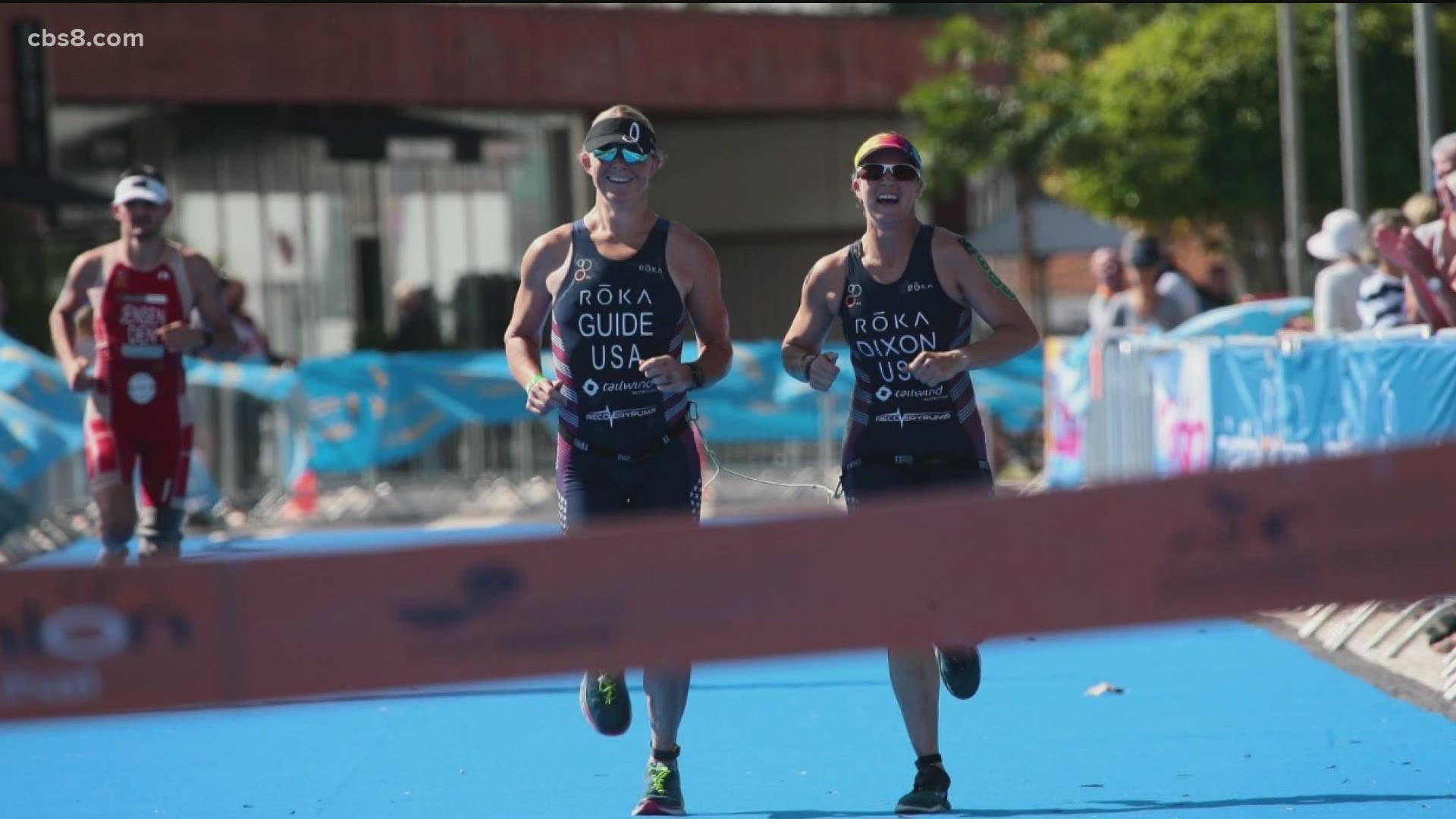 SAN DIEGO COUNTY, Calif — The Olympics officially kicked off Friday in Tokyo but athletes with physical impairments will compete next month in the Paralympics. One of those elite Paralympians lives and trains right here in San Diego.

After losing her vision in her twenties from a rare eye disease, Amy Dixon decided to take on a new challenge in 2012: swimming a one-mile race.

“Someone said through social media, ‘You’re swimming, biking and running. Have you thought about doing triathlon? It’s going to be a sport in the Paralympics',” Dixon said.

She did more than just think about it. In the last eight years, the 45-year-old won two national championships and seven world champion, gold medals.

After overcoming a serious health scare late last year, she still qualified for the Paralympics in Tokyo next month.

“I never identified as a triathlete. Then suddenly it was something at 37-years-old, was an incredible title to earn,” Dixon said.

Dixon uses a Guide, Kirsten Sass from Tennessee, to assist her when she competes. Sass is with her to make sure she’s safe physically and stays on track during the race.

Ranked #6 in the world, Dixon moved to Encinitas four years ago from the East Coast to be near her coaches. Now, she trains at Ascension Performance in Solana Beach.

“Because it’s one of her main senses, you use that to balance a lot. So, we focus a lot on single-leg exercises to both help her with her balance but also to help her get stronger and perform, actually in her sport,” said Oliver Rix, Dixon's trainer at Ascension Performance.

When she isn’t competing, Dixon runs No Sight No Limits, a high-performance camp for training blind athletes like herself. She’s also President of Glaucoma Eyes International, a spokeswoman and advocate.

“The only limitations are in your head, not in your body. I’ve been able to achieve amazing things that I didn’t think possible five years ago, especially at age 45 while blind. I do more now than I did before I lost my sight,” Dixon said.

Amy said after Tokyo, she’ll continue to run her nonprofit camp in San Diego and she’ll start training for her next competitive race.