This week marks 30 years since Betty Broderick, a San Diego socialite, brutally gunned down her ex-husband and his new wife as they slept in bed. 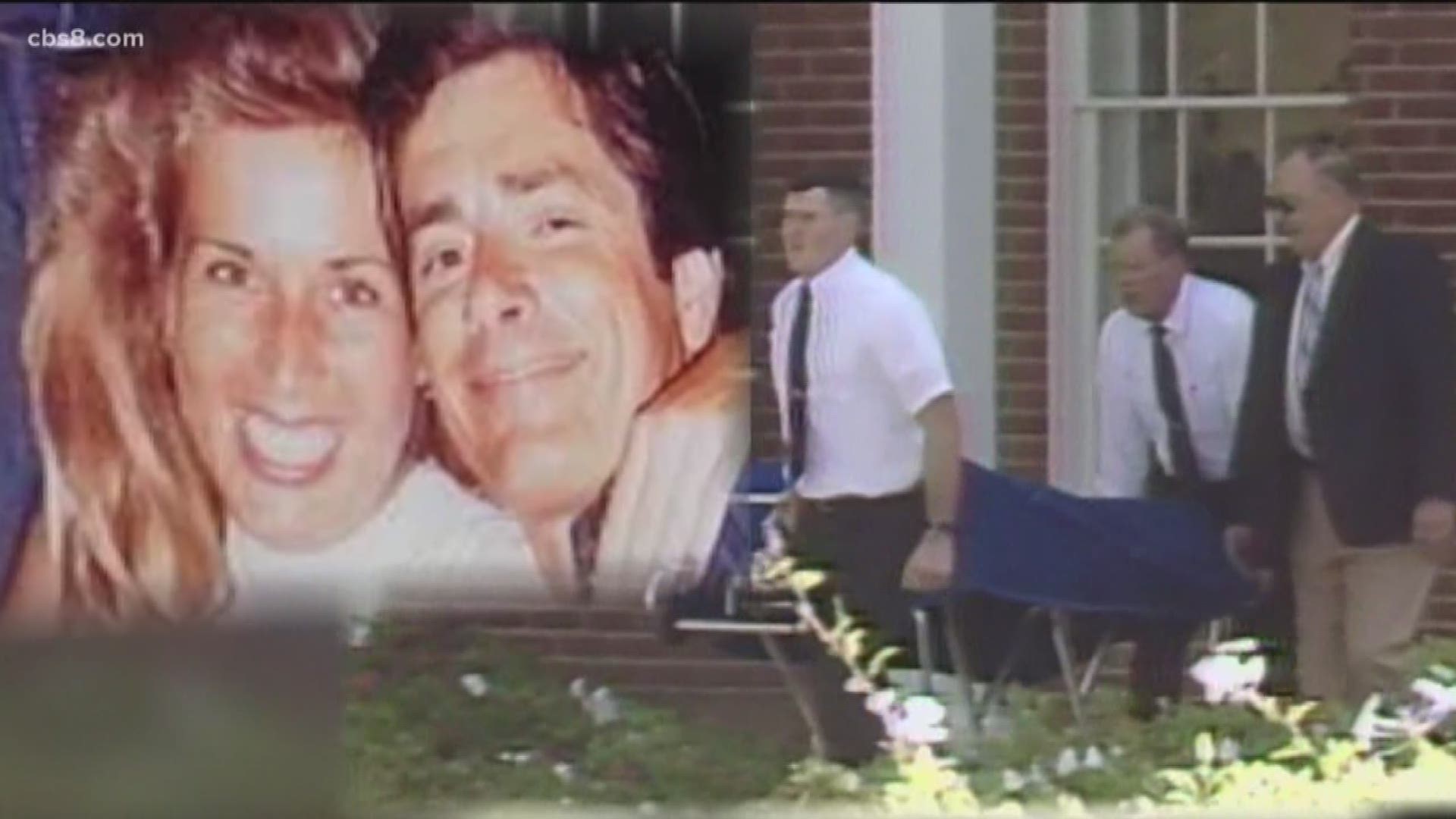 SAN DIEGO — It began with an affair followed by a bitter divorce and ended in a brutal murder. This week marks 30 years since Betty Broderick, a San Diego socialite, brutally gunned down her ex-husband and his new wife as they slept in bed at their home on Cypress Avenue near Balboa Park.

The notorious killer has been denied parole three times before but News 8 has learned she may have another avenue towards being set free.

“He used to say, ‘if she wants to get me, she’s going to get me’,” said Lorraine Kimel-Hennessy.

In 1989 when the murders occurred, she covered the case as a reporter for News 8 and also personally knew the victims, Dan and Linda Broderick, from running in the same social circles.

The case shocked the community and captivated the nation.

It had all the elements of a human drama: infidelity, wealth, an elegant home and a suburban mom turned admitted killer, who showed no signs of remorse.

The exes had four children together.

Prosecutors portrayed Broderick as a jilted ex-wife, hell bent on getting revenge after her husband, a prominent San Diego attorney, left her for a younger woman.

“She was a very angry and bitter woman that the only thing that would satisfy her is getting to take it out on the people that stole [her] life,” Terry Degelder said.

Degelder was the lead detective on the case for the San Diego Police Department’s homicide unit.

“It was very cold blooded and calculated,” he said.

The crime would turn out to be as controversial as it was brutal.

“There are still people out there that believe it was Dan's fault,” said Kimel-Hennessy.

Investigators say Betty, using a house key she stole from her daughter, snuck into the couple’s home and shot Linda in the head at point blank range and then shot Dan in the chest as he jumped off the bed.

“Which did not kill him immediately so he was reaching for the telephone and she pulled the phone out of the wall so he couldn't get it,” Degelder said.

That infamous scene and other examples of Betty’s spiraling rage were later played out in a CBS made-for-TV movie.

“There were these stories about this woman who’d driven her car into her ex’s house and she burned his clothes in the street, she left obscene messages on their phone machine,” Kimel-Hennessy said.

During the trial prosecutors painted a picture of a scorned woman, set on revenge, who’d tormented the couple in the years since her divorce.

Kimel-Hennessy says to simply put it, “She was out for blood.”

Betty maintained she was an abused wife, driven to kill.

“There was a lot of women who sympathized with her but they didn't know the facts,” Degelder says.

Betty felt she was the victim. She told jurors she financially supported her husband through medical school and law school and then when he became successful, he discarded her for someone younger.

While the first trial ended up with a hung jury, jurors in the retrial didn’t buy her story and found her guilty on two counts of second-degree murder.

Degelder says that’s because all these years later, she refuses to admit what she did was wrong and continues to blame the victims.

“To this day she believes in her heart and in her mind that they deserved to die,” he said.

Kimel-Hennessy agreed saying, “She made her decision and I think she's happy with it.”

During a recent interview Degelder did for the true crime TV show "Snapped," he says producers claimed the 71-year-old convicted killer was in failing health and her family might seek a compassionate release.

It’s believed her four children are divided on whether she should get out.

As of now, her next parole hearing is scheduled for 2032.