Big crowds at San Diego beaches for Fourth of July

Large crowds are packed at San Diego beaches, but lifeguards say it is not as many as they anticipated with beach closures in Los Angeles and other counties. 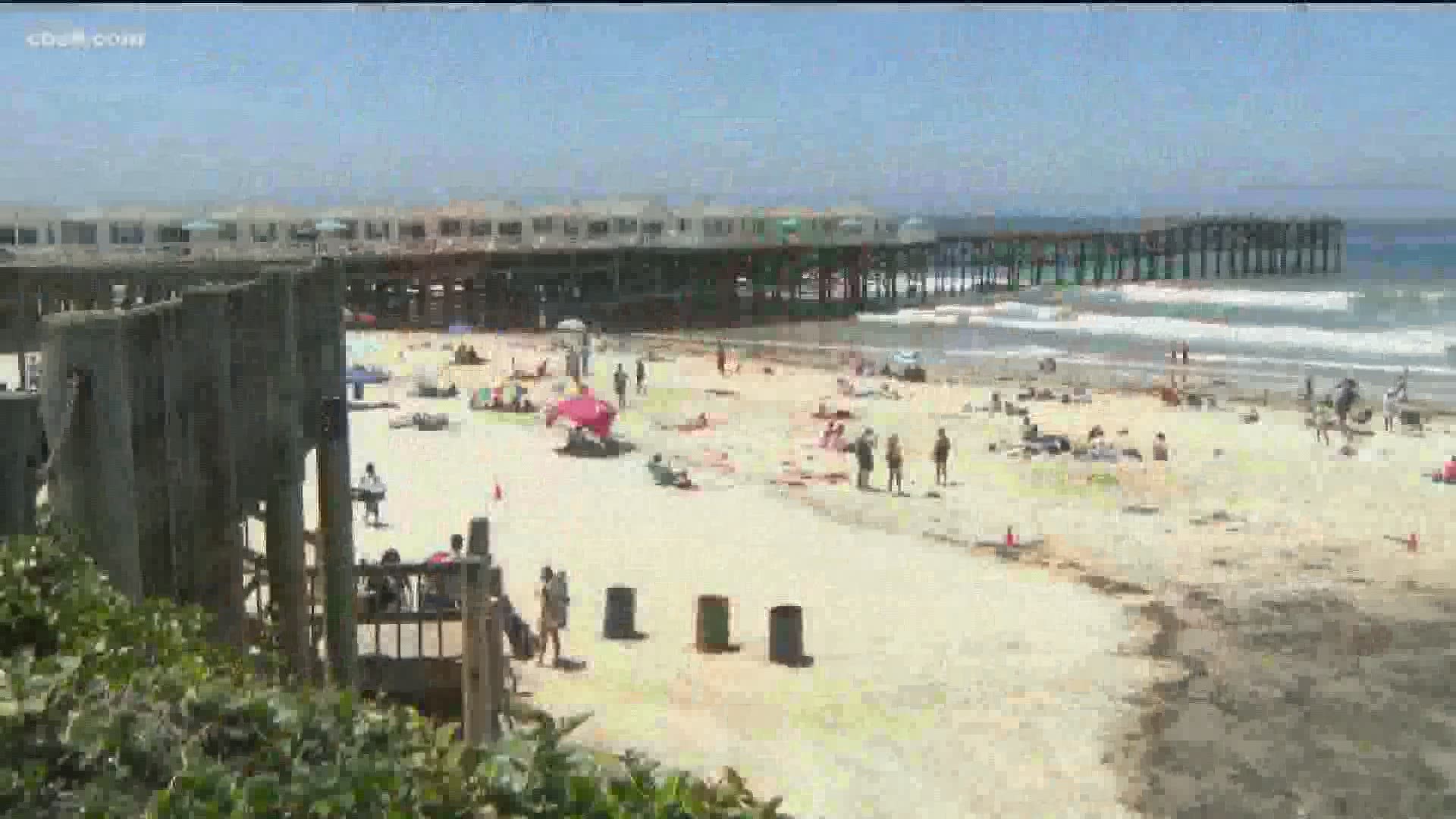 “We got our place staked at the beach, we had to get down here at 8 o'clock this morning because it was so crowded,” said Eddie Jahnke.

The Jahnkes live half the year in downtown San Diego and the other half in Yuma, Arizona and call themselves "Cal-Zonis."

“I'm surprised there are not more 20-year-olds wearing their masks, but that's the problem right now,” said Eddie Jahnke.

"We're sticking with family, and we're sticking with close friends so we don't get in large groups, but we still have a good time, we get to see the people we want,” said Ann Jahnke dressed in red, white and blue.

It was much more packed at area beaches, including Mission Beach, where lifeguards made over 13 rescues by the afternoon. Beachgoers made good efforts spacing themselves out under umbrellas and in the water.

“We definitely got an increase in the swell, the rip currents are pulling, we really want to push that safety factor,” said Lt. Rich Stropky of San Diego Lifeguards, who plans to retire in February, making this his last Fourth of July on duty.

More lifeguards were on the lookout at La Jolla Shores, which saw record crowds. As for finding parking, the lots filled up fast, and San Diego police officers patrolled the area heavily.

“We're not doing any enforcement on social distancing or masks, we’re focused on the water, so the police presence is fantastic today,” Stropky said.

Safety plans were simple for some. Emma Schilling, who drove to Mission Beach from Banning, CA said she was excited to finally go swimming and tan.

“I think this is how America is supposed to be, I mean we all get sick, and things happen, of course, take precautions, humans aren’t supposed to be locked up for forever this is a weekend to celebrate so here we are, and we’ll be at the beach all day today,” Schilling said.

Lifeguards say they are ready for whatever the day brings.

“We got everybody in place that we need anticipating things to get busier, and we're prepared for that,” Stropky said.