BLM supporters say, they will continue to draw no matter how many times the art is washed away. 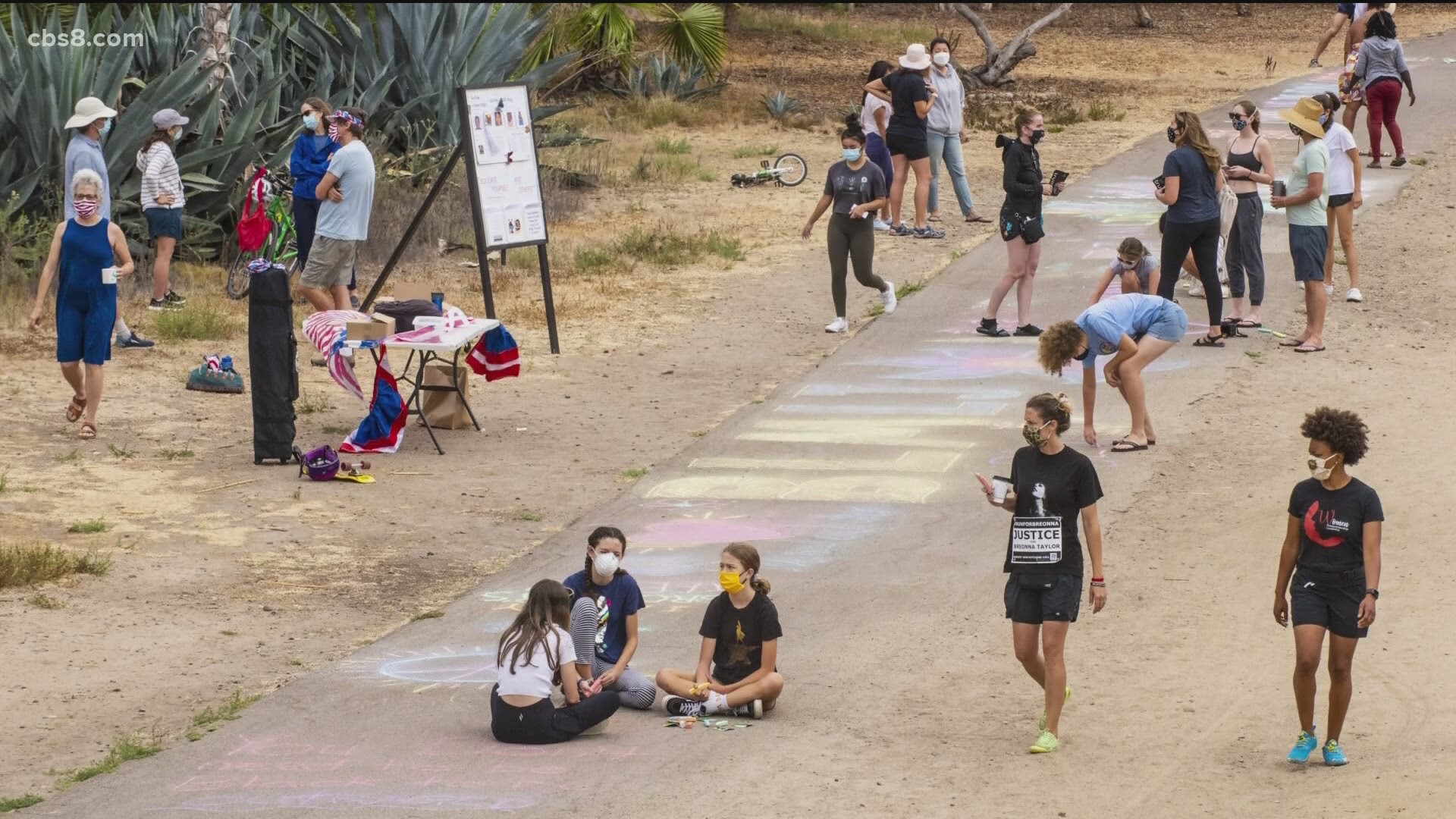 SAN DIEGO — It's been over a week since city workers removed chalk drawings supporting Black Lives Matter along the La Lolla bike path.

“I am honoring and grieving Breonna Taylor’s life here. My point is to bring humanity to her life so she isn’t just a lost life,” one artist said. “The cry of someone who is afraid of Black Lives Mattering. That is their problem, it's not ours. If they are going to decide to feel the way they feel about it, so strongly that they need to complain to the city, then that is their choice.”

Chalk-Art of Black Lives Matter slogans and art was removed on the bike path by city workers in July and again just last week after the city received complaints by residents saying the artwork is expressing hate speech.

Police said they were informed by the community that this was taking place, so they came out to make sure those drawing are not disturbing the peace and not gathering in large groups.

Police say, what this group is doing is not vandalism, they have a right to draw using chalk on the bike path as long it is not hate-speech. Residents also have to right to complain to get it removed.

BLM supporters say, they will continue to draw no matter how many times the art is washed away.