Chalk art was drawn by children and parents during public events to support Black Lives Matter. 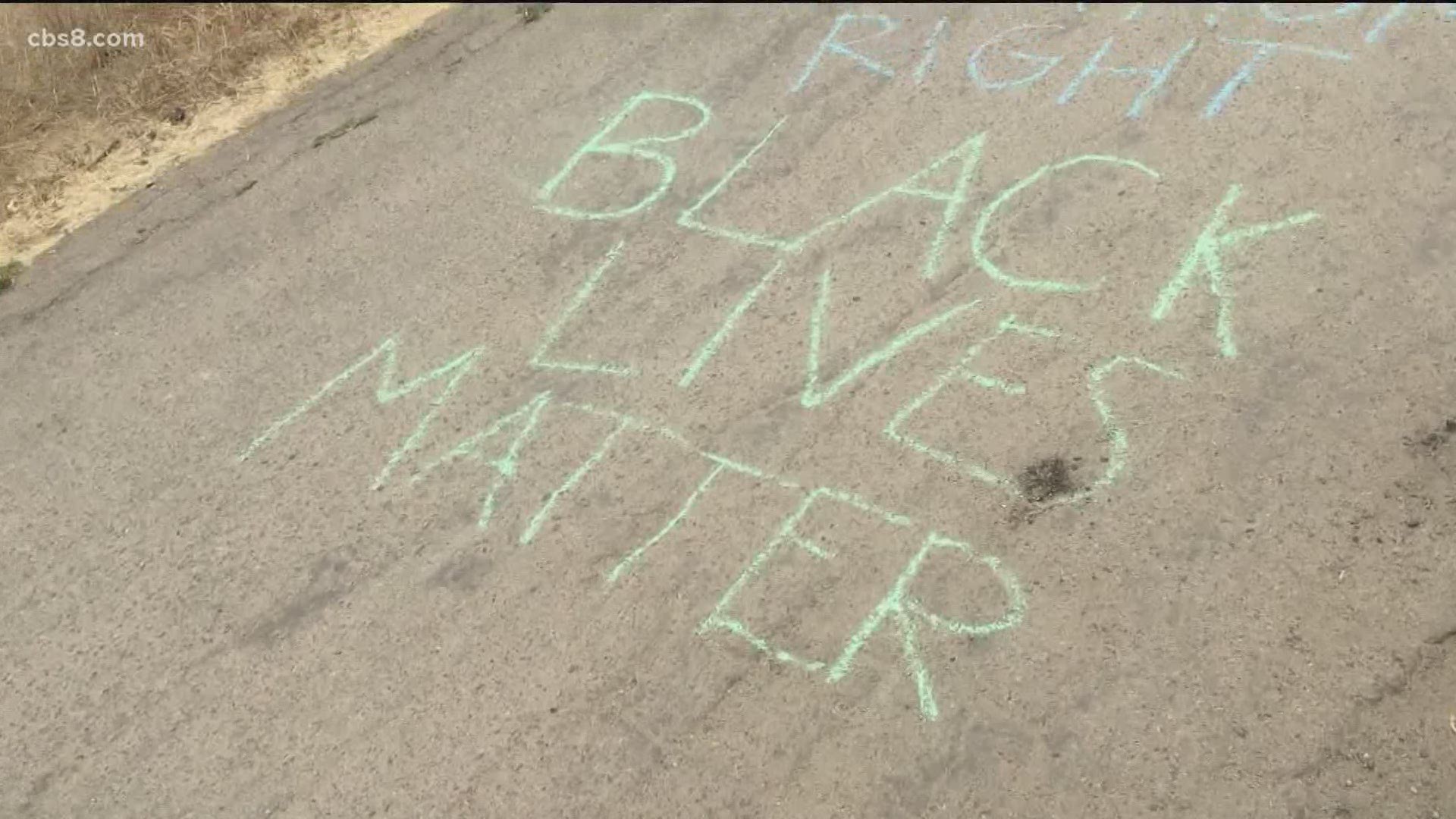 SAN DIEGO — For the second time in as many months, the City of San Diego has removed Black Lives Matter artwork drawn by children in La Jolla.

City workers showed up Wednesday and told neighbors the chalk drawings were being removed because the city was getting too many complaints.

The chalk drawings in support of the BLM movement were never meant to be permanent along the La Jolla Bike Path near Via Del Norte. After all, a rainstorm would wash the artwork away.

“The beauty of chalk art is it's not permanent,” said neighbor Ruth Leivers.

So, neighbors were surprised Wednesday when city workers showed up to remove the artwork with a pressure washer.

“They were told to come out because they had quite a few complaints, more than they usually have. And, they were told that this was hate speech,” said Leivers.

Leivers organized the "chalk-in" art events that took place on the 4th of July and on Labor Day, where children and their parents drew flowers and butterflies with slogans like, “Black boys live here,” “We are only as strong as we are united,” and “Black lives matter.”

“La Jolla is a very inclusive and diverse community. And, in this community there is space for the movement of black lives,” Leivers said.

This was the second time since July that City of San Diego crews have been dispatched at taxpayer expense to remove the BLM chalk artwork.

“The artwork was messages of love and solidarity for black and brown people in this community,” said neighbor Sierra Washington.

“The city sent an African American male worker to remove the artwork in support of the movement for black lives,” Washington pointed out. “And for the City to be tone-deaf to that, and send a minority worker to remove messages of support for his own community was painful for me to see.”

La Jolla neighbors opposed to the artwork declined to be interviewed on camera, citing the current political climate.

Off-camera, one neighbor named Laura told News 8, “If you want to express your views, do it on your own property. Put a Black Lives Matter poster on your property. But to impose your views on the general public who are just passing by, I don't think it's needed.”

News 8 reached out to the City of San Diego, and spokesperson Anthony Santacroce emailed the following statement:

"City crews respond quickly to all reports of graffiti on streets, bike paths and other right-of-way areas.  Any markings that might compromise safety and visibility on facilities like these are top priorities for the graffiti removal teams.  The markings just removed were identified as “offensive” only by the reporting party. The responding crews followed normal operating procedures for removing markings in the right-of-way.  The City appreciates the community’s disappointment about the removal process and will continue to encourage free speech efforts and community-based artwork that does not conflict with safety or visibility requirements for the public right-of-way."