Paramedics pronounced the man dead less than an hour after the shooting on Friday. According to border patrol officials, the man was illegally entering the US. 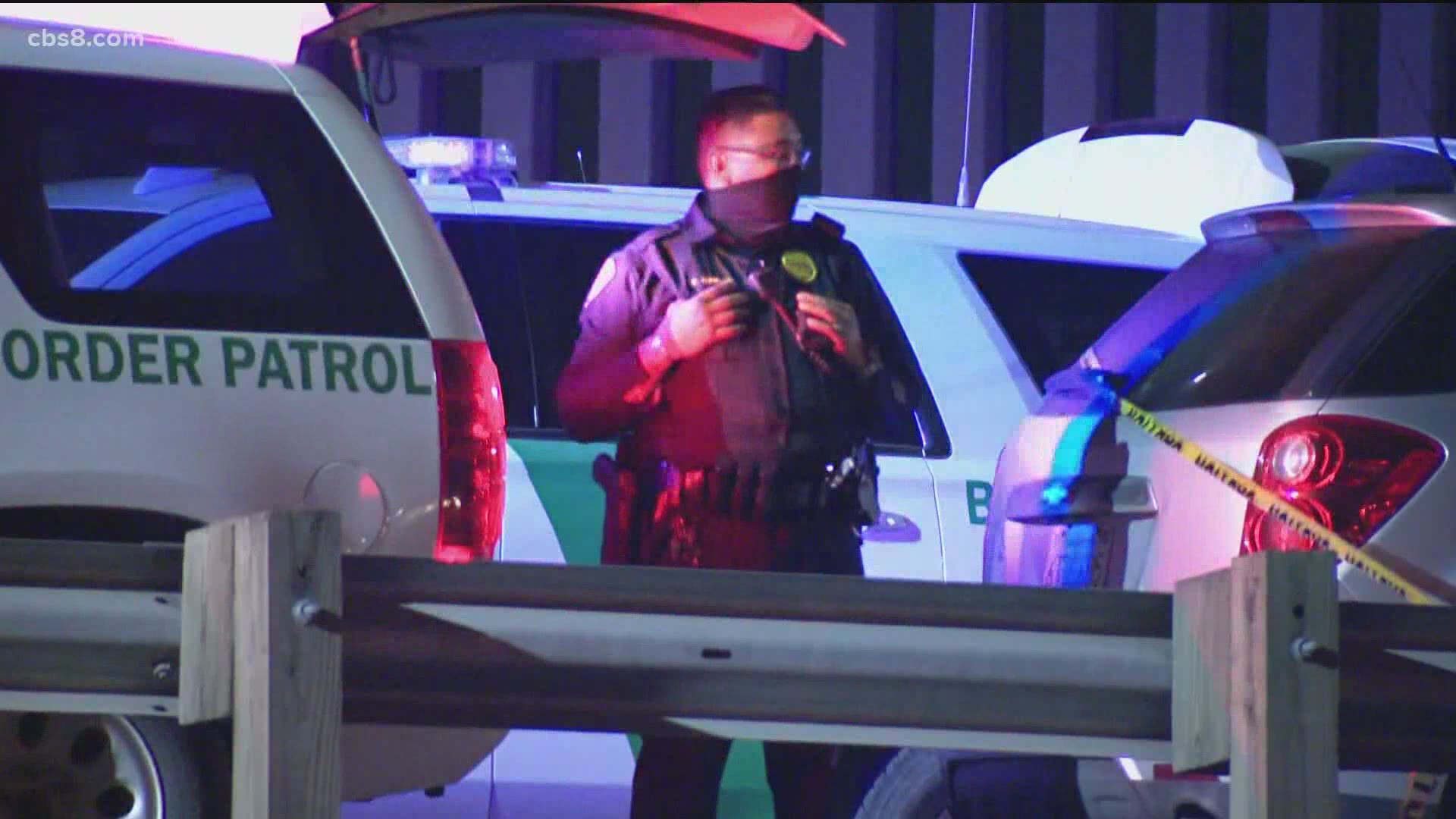 SAN DIEGO — San Diego police homicide detectives Saturday were investigating the deadly shooting of a non-U.S. citizen by a US. Border Patrol agent on federal property near the U.S.-Mexico border in San Ysidro.

He provided an update on Saturday saying that the incident began when a border patrol agent responded to apprehend a man illegally entering the United States west of the San Ysidro Port of Entry.

"During the arrest, an altercation ensued and the agent discharged his firearm wounding the man who was later identified as an adult Mexican national," Heitke said.

He said nearby agents and law enforcement responded and began lifesaving efforts until emergency services arrived.

The San Diego Police Department is leading the investigation, according to Heitke. He said future updates on the incident would come from SDPD.

SDPD said it received word of the shooting about 5:56 p.m. on Friday and responded to the scene assisting with "scene security and the initial investigation." The man killed was 30 years old, according to police.

Police said the agent who fought with the Mexican national received minor injuries during the incident.

"Customs and Border Protection will continue to fully cooperate with this ongoing investigation," Heitke said.

The "specifics of the incident" were shared with the FBI and the Department of Homeland Security, according to Heitke.

Also on Saturday, the American Friends Service Committee and Alliance San Diego called on SDPD to conduct "an immediate, independent and thorough investigation" of the fatal shooting.

The groups sent a letter to San Diego Police Chief David Nisliet asking him to “follow the highest standards of a homicide investigation.”

“Let us not repeat the mistakes of the past. SDPD needs to ensure that federal agencies and the unions representing their members are not involved in any part of this investigation. In the past, SDPD has given Border Patrol agents access to witness interviews, investigation briefings and information that should not have been shared with an agency whose agents were under investigation. Customs and Border Protection has a long history of destroying evidence, dispersing witnesses and obstructing justice. We call on the San Diego Police Department to protect the evidence and fully investigate this incident.”