Worldwide protests over racial injustice prompted by the killing of George Floyd in Minneapolis have given supporters a boost to their quest to repeal the ban. 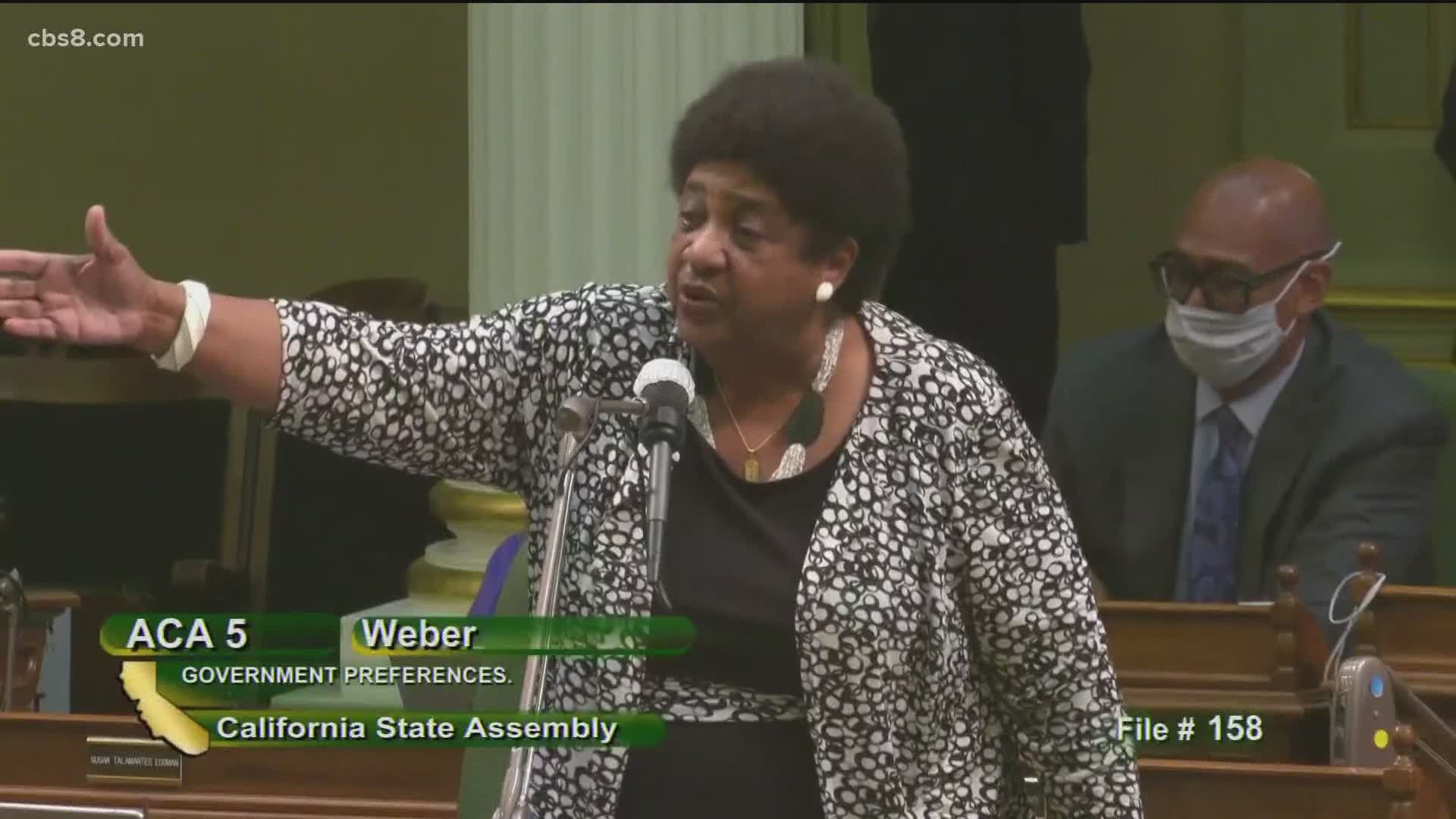 SACRAMENTO, Calif. — California lawmakers have backed a plan to let voters decide if the state should overturn its ban on affirmative action programs.

California has not allowed its public universities or government agencies to consider race in their hiring and admissions decisions since 1996. That's when 55% of California voters approved an amendment to the state Constitution outlawing preferential treatment based on race.

Wednesday, the California Assembly approved a proposal to repeal that ban if eventually approved by voters.

“I was so grateful I didn’t even have to convince you that racism is real because George Floyd did that,” said Assemblywoman Shirley Weber.

Citing anti-racism protests to boost her controversial measure, ACA-5, the amendment to the California State Constitution would let voters decide whether to overturn the decades-old ban on affirmative action.

In 1996, 55% of California voters approved Prop 209, in order to outlaw preferential treatment based on race, gender, and ethnicity.

“The request for this came from students at Berkley when they said we need to repeal Prop 209. We need to have a diverse student population,” said Assemblywoman Webber.

The San Diego Democrat successfully convinced California Assembly members from both sides of the aisle to back her plan claiming it would reverse a slide in African American enrollment at elite universities and solve the lack of diversity in government jobs.

“California is a land of great opportunity and those who came here, like I did at three years old, came here because they knew they could get better things than in Mississippi and in Alabama,” she said.

Assemblywoman Webber called it an attempt for economic prosperity and equality, but many in California’s Asian American community believe it will lead to the exact opposite.

“It’s almost like they're trying to benefit a particular group, and yet, forgot the basic principle of fairness in this process,” said Peter Kuo, the vice chairman of California’s Republican party. “There are no countries in the world using race in admission criteria.”

The measure is now on its way to the California State Senate, but it must move out the legislature by June 25, to qualify for the November ballot.

Worldwide protests over racial injustice prompted by the killing of George Floyd in Minneapolis have given supporters a boost to their quest to repeal the ban.