A GoFundMe created by friends of the person injured in the fight identifies him as Shane Devereaux noting he is a transgender man who served in the military. 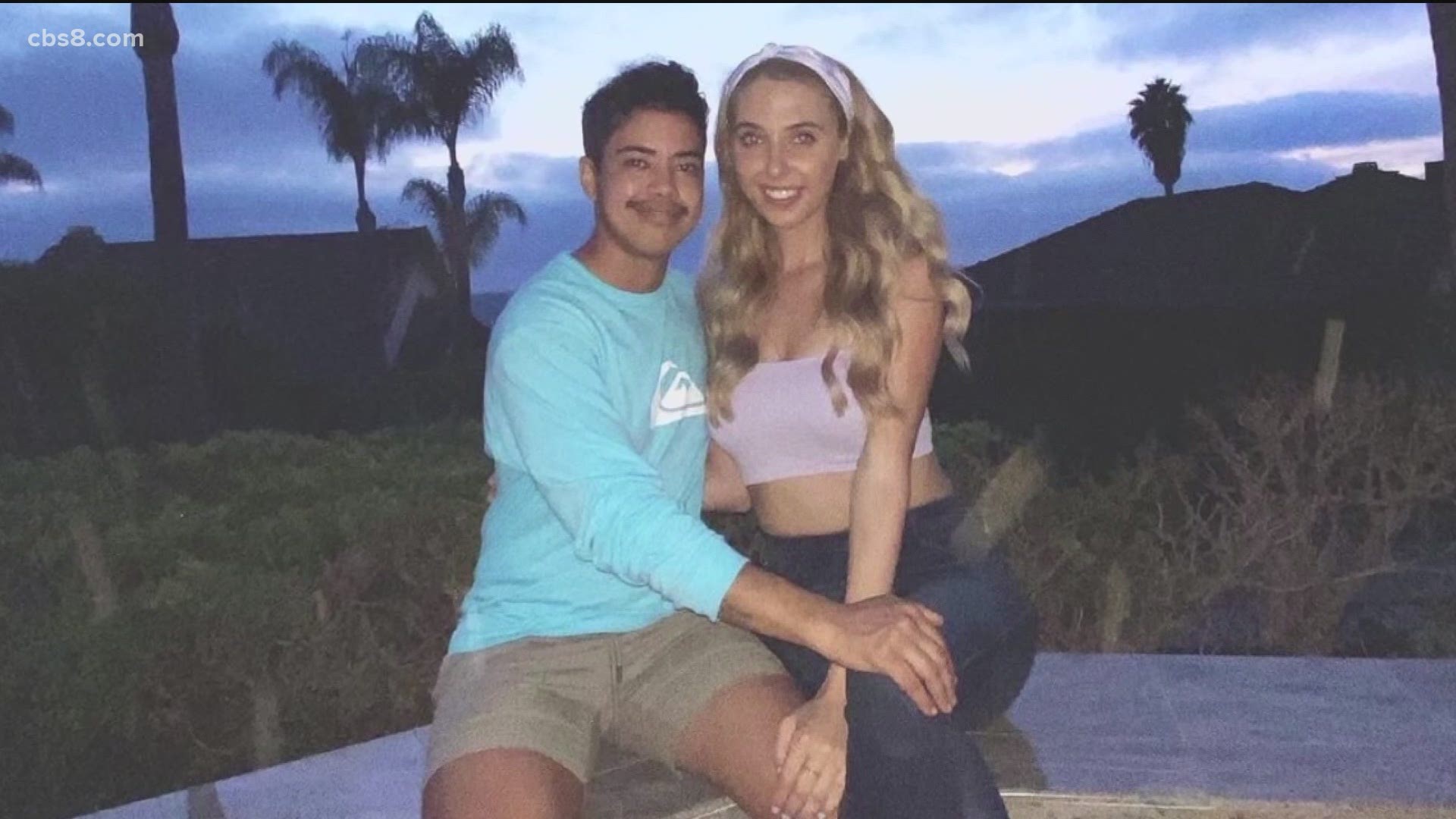 CARLSBAD, Calif. — Carlsbad police are investigating whether a fight Saturday night is a “possible hate crime,” according to Lt. Kevin Lehan. A GoFundMe page created by friends of Shane Devereaux notes the transgender Marine veteran was out with his girlfriend and was left with serious injuries.

“All they were doing was just enjoying a night out. I just... I can't express how badly my heart hurts,” said April Peavey, a friend and former co-worker of Devereaux.

Friends said the couple were approached by three men at Coyote Bar & Grill and had drinks with them during the night. At one point, they discussed that Devereaux was transgender. While leaving the bar, the friends said the men approached the couple and assaulted him because of his gender identity.

“That is the assumption of what we've gone with because we all know Shane. We know he wouldn't have started a fight. We know that he wouldn't have been aggressive towards anybody. So that's the only justification that we can come up with, that they would do this. There's no other reason,” said Peavey.

The GoFundMe says Devereaux suffered a fractured skull and broken back and is in intensive care.

Police tell News 8 they were called to the 300 block of Carlsbad Village Drive just before midnight for a report of a fight. During the initial investigation, officers found four people were involved in what they called “mutual combat” and two of those involved left before officers arrived. Police believe alcohol played a role in the incident.

Officers reported witnesses saw the group involved in an argument, including “name-calling” while leaving the bar. One of the men pushed Devereaux, which caused him to fall backward and hit his head on the ground. He declined to go to the hospital and walked home after officers opened a battery investigation. It is unclear when he went to the hospital for treatment.

Then, on March 22, police said Devereaux’s girlfriend gave an additional statement to investigators that prompted them to investigate the incident as a “possible hate crime.”

“We have received conflicting statements about what occurred, and we are working hard to sort the information and find the facts,” said Lt. Lehan in an email to News 8 on Thursday. “We take allegations like these very seriously in Carlsbad.  The investigation is active and ongoing, once completed it will be submitted to the District Attorney’s Office to evaluate for the most appropriate charges.”

Devereaux’s friends said they hope those responsible will be brought to justice and are raising money for his medical expenses.

“This is three men that just viciously attacked him, and they changed the course of Shane and Jennifer's for his life forever,” said Peavey. “These guys need to be caught one way or another. They need to be caught and justice needs to be served in some way, shape or form.”