Immigration activists called for an end to the controversial police tool for fear it would lead to more deportations. 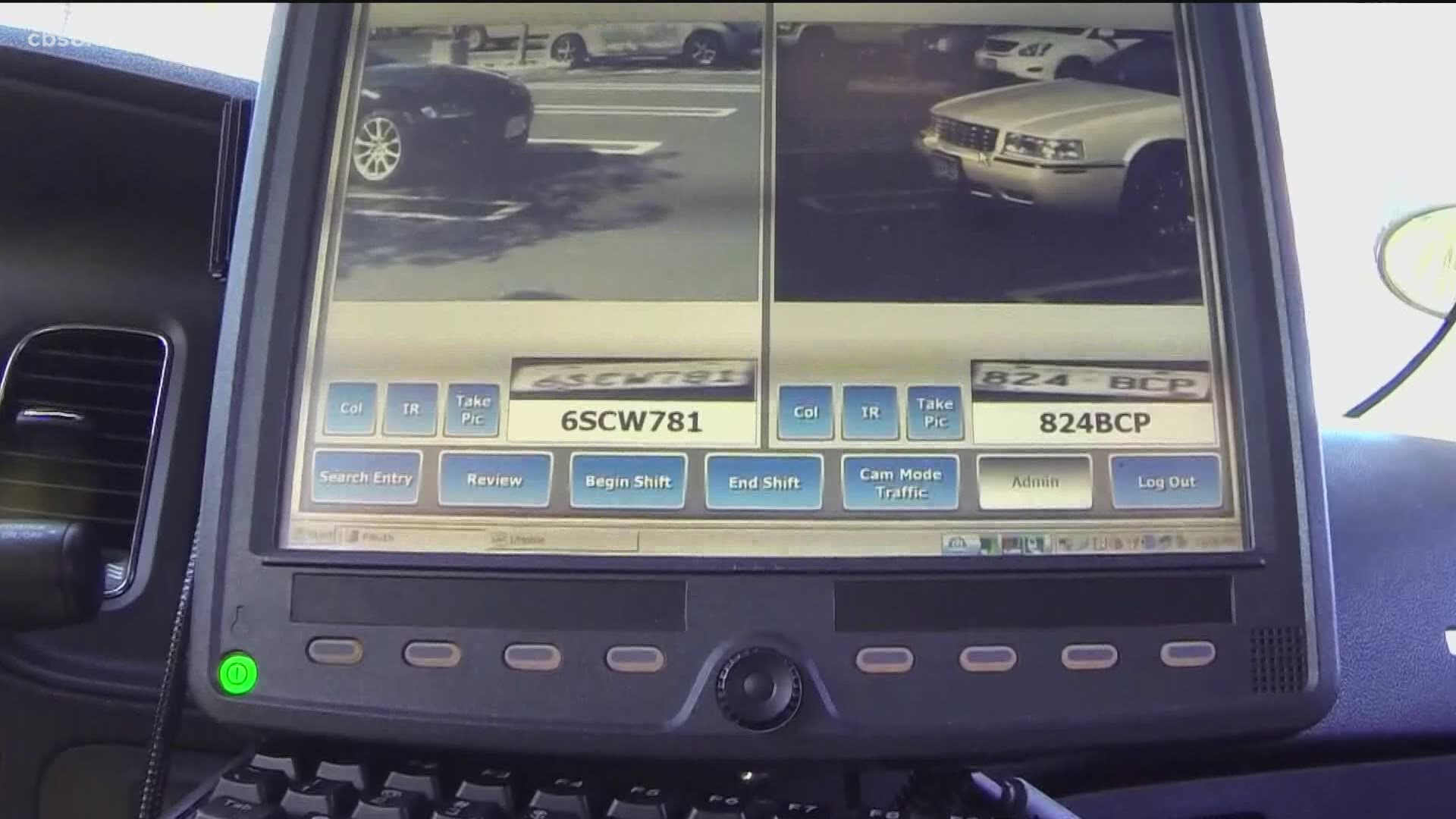 CHULA VISTA, Calif. — The Chula Vista Council held its first in person-meeting in over a year Tuesday night and the Chula Vista Police Department’s Automated License Plate Recognition (ALPR) was up for a heated discussion.

Immigration activists have been calling on CVPD to stop the use of the police tool for fear the data is being shared with Immigration Customs Enforcement.

“We should end the use of the technology period so that we don't run the risk of exposing our community members to deportation,” said Nicholas Paúl, Chula Vista resident.

Since January, CVPD reports it has worked to address concerns surrounding the cameras and met with the Human Relations Council and held two community forums on the ALPRs to create a 7-point plan to address the concerns.

“We are trying to find a balance between a viable tool like ALPR for fighting crime and the value of transparency,” said Captain Eric Thunberg, CVPD.

“As I’ve said before, no personal identifying information is collected by ALPR, stored in ALPR systems or shared with any law enforcement agency,” said Chief Roxana Kennedy, CVPD. “Nothing is more important to our department than the trust in our community, we would never do anything to violate that trust.”

Activists said they wanted more input before the department submitted its new ALPR policies to the council for a vote.

“There is no real control, once that data is out there, who is accessing it,” said Paúl.

In 2007, the city council approved three cameras and another one in 2011. More camera purchases are on hold for now. CVPD reports there have been no allegations of misuse. Community members said they were unaware of the program until recent media reports of the ALPR use by CVPD.

Law enforcement agencies across the county and nation use ALPRs.
Police say it’s a tool used to locate cars of missing people, getaway cars in a crime, cross border human trafficking and location of a wanted person.

After more than an hour of public comment, Mayor Mary Casillas Salas didn’t spare her words about the misinformation spread about the cameras.

The council echoed the mayor’s thoughts and unanimously voted to continue the use of ALPRs in CVPD.

The chief has also asked the Department of Justice for an independent review of its ALPR program.