Who is the man standing next to Rep. Hunter making the hand symbol most associate with ‘white power’? 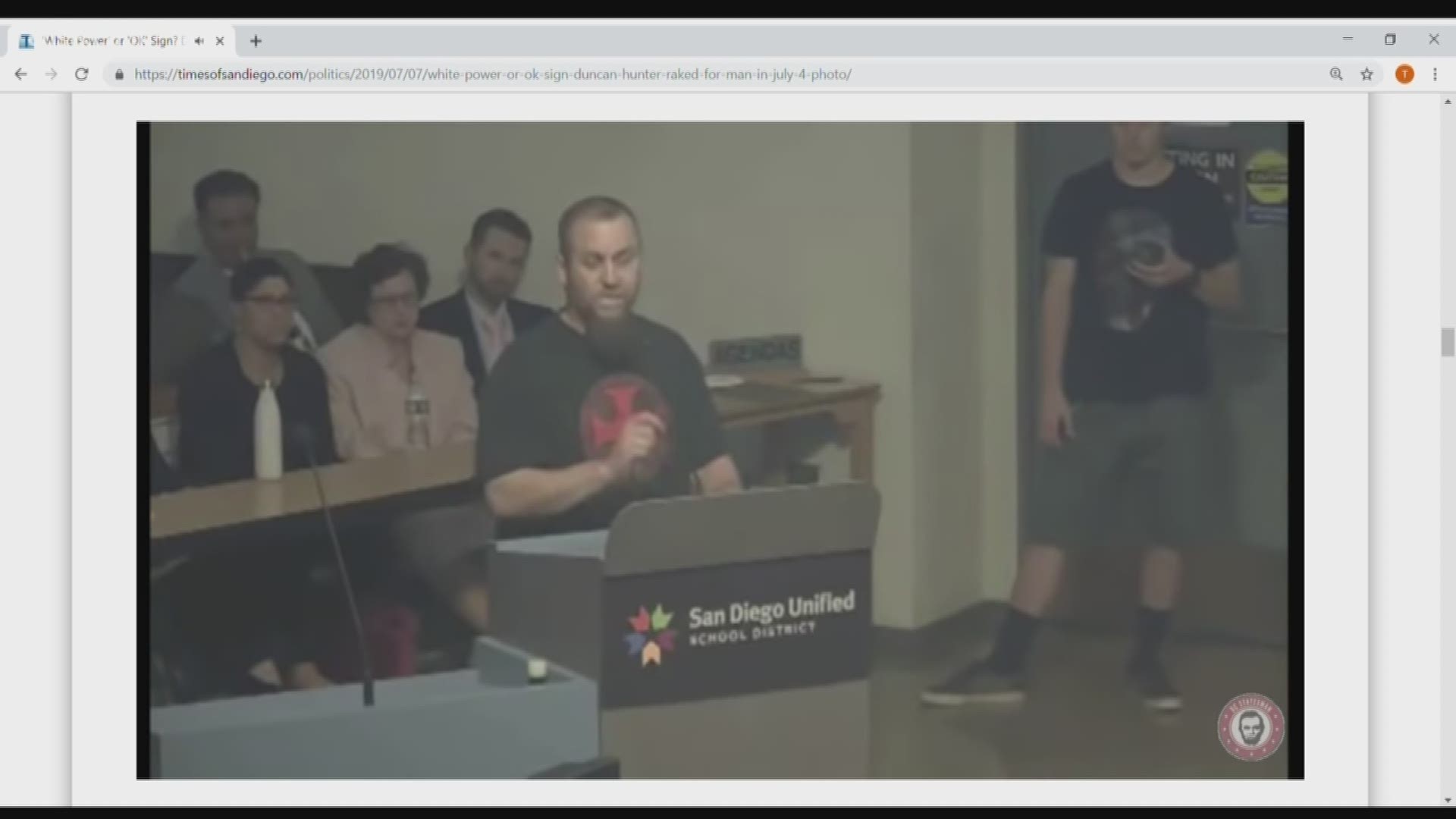 SAN DIEGO — A photograph of Congressman Duncan Hunter with man making a controversial gesture during a Fourth of July parade in Alpine is making headlines.

But who is the man standing next to Rep. Hunter making the hand symbol most associate with "white power"?

In the controversial photograph, Kristofer Wyrick is posing with Congressman Duncan Hunter last at last week’s Fourth of July parade in Alpine making a gesture with his right hand many associate with a symbol for “white power.”

“It is a giant joke against the left. It is meant to troll,” said Wyrick.

Wyrick is no stranger to controversy. In 2017, he spoke out at a school board meeting against an anti-bullying program focused on Muslim students.

“My name is Kristofer Wyrick. I am a resident of San Diego. I am a taxpayer and I am a very proud American,” he said at that time.

Later that year he took part in what turned into a violent skirmish at the Otay Border as part of a pro-border wall contingent.

In 2018, he helped lead a right-wing group attempting to raise an American flag in Chicano Park.

On Monday, Wyrick adamantly denied being a white supremacist. His purpose in making the gesture was “just a way to stir up the pot.”

“It is just the okay symbol. It means nothing else. Anyone who believes it means white power is [explicit] stupid,” he said.

Tammy Gillies of the Anti-Defamation League of San Diego, which tracks extremist activity, said Wyrick came to their attention following his appearance before the school board.

“He has been on the radar here for some time. He is somebody who we believe holds extreme ideas. Not somebody you would want your Congressman palling around with,” she said.

Wyrick said he has only had a professional relationship with Congressman Hunter, whom he called a great politician.

“None of this has to do with Duncan Hunter. I am just an American! The only issues I have is with people who have problem with America. Color has nothing to do with it," he said.

After learning of the picture, News 8 reached out to Rep. Hunter’s team for a comment and received a one-word response that said, “ridiculous.”

The picture remained on his page through the weekend before being taken down Monday morning.