A student alleges Dr. Kim Perigo called her, “a stupid c—t” during a Zoom call. 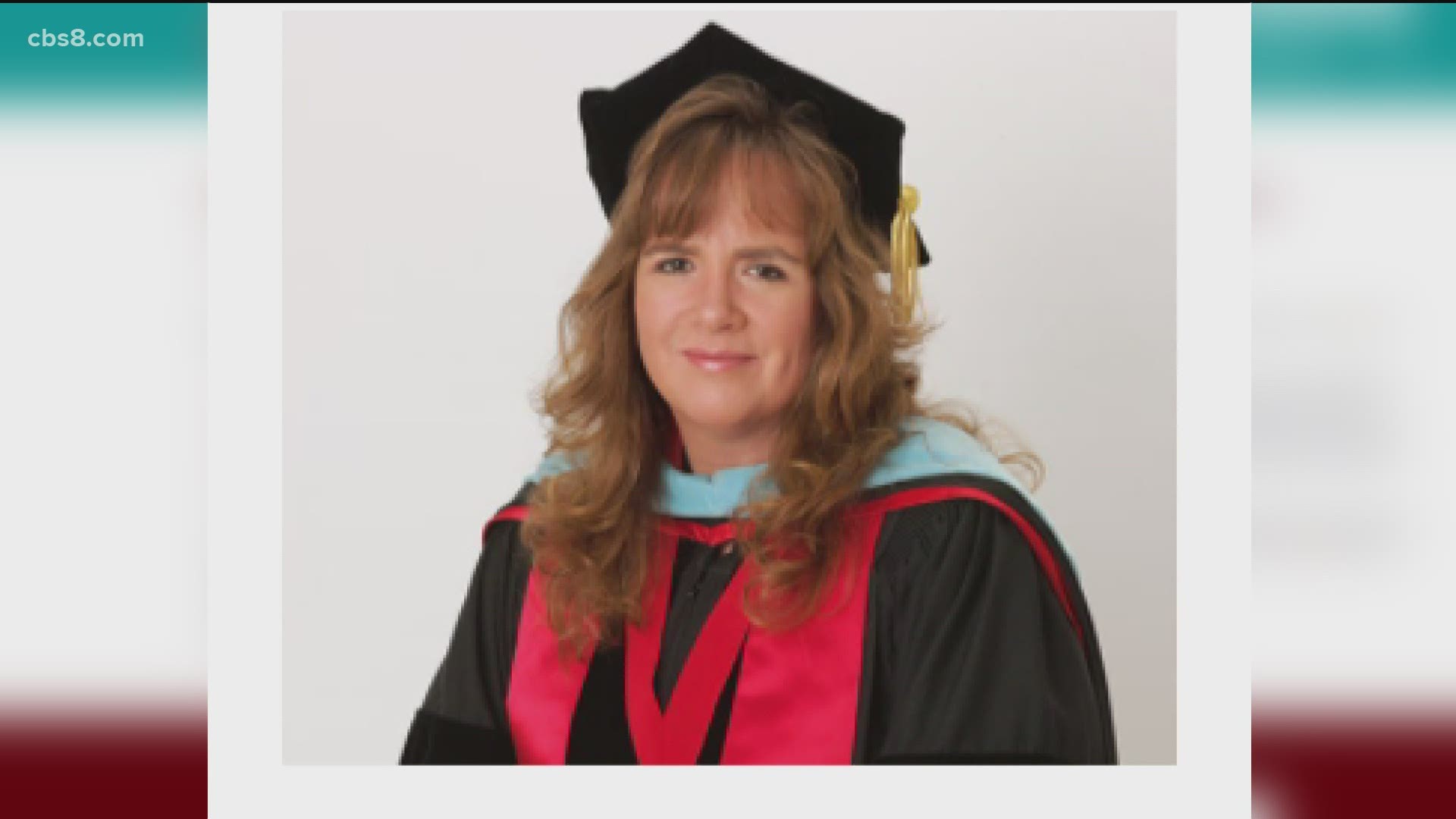 SAN DIEGO — A senior at Mesa College is speaking out after a tenured faculty member is heard calling a student a vulgar name on a Zoom call.

Mesa College's President's Cabinet meeting was held via Zoom call on September 15. On the call was President of the Associated Student Government, Taylor Carpenter. During the call, Kim Perigo, a professor at Mesa College called Carpenter “a stupid c—t.”

Perigo was recently appointed to the California Community Colleges Board of Governors.

According to Carpenter, Perigo didn’t realize she was not muted when she made the remarks.

For Carpenter, what made the situation worse is her history with Dr. Perigo.

“I was familiar with this person," she said. "I actually have had her as a professor twice before and so that was the hardest element is to actually know the person. I think it makes it a little more personal.”

Since then, Dr. Perigo has reached out to Carpenter twice by email, claiming the comment was not directed at her or any other student.

“My response to that would be the video is clear. Watch the video it’s clear what you said,” said Carpenter.

Also included in the email was Dr. Perigo saying she apologizes for her comments being unfortunately timed.

Carpenter said, “She doesn’t say I’m sorry for my atrocious behavior but it was a 'sorry I got caught' kind of thing.” She went on to say, “being a disabled woman and then having this said about you, it’s difficult and it wasn’t just a vulgar word, that the word stupid was used in front of it, that also really pierced me.”

The school district has since released a statement that says,

“At the September 15, 2020, Mesa College Presidents Cabinet meeting, inappropriate language was used by a member of our college community. This language is not in alignment with our values, and Mesa College’s commitment to being the Leading College of Equity and Excellence.

An investigation was begun immediately, and our District Human Resources Department is handling that process. As this is a personnel matter, we cannot provide further details.”