Did you hear or feel it? 'Mystery boom' experienced across San Diego County

Social media lit up Tuesday night with reports of an earthquake-like shaking and loud noise all around San Diego County. No earthquakes were reported by USGS. 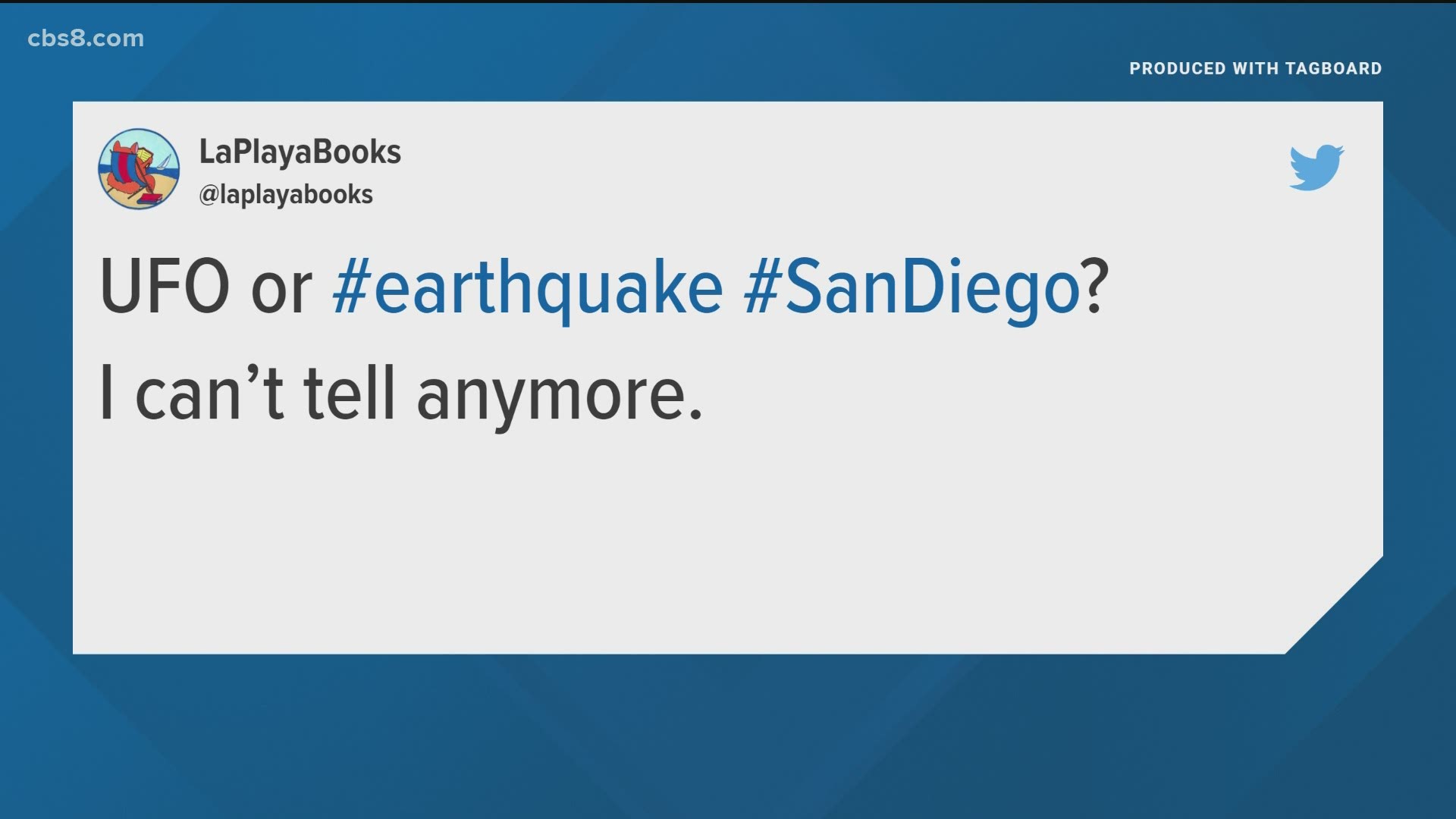 SAN DIEGO COUNTY, Calif. — Social media lit up Tuesday night with reports of an earthquake-like shaking and loud noise all around San Diego County. The U.S. Geological Survey reported no earthquake activity in the area at the time - around 8:20 p.m. - with the latest shaking reported in our region at 5:37 p.m. in southeast Riverside.

People from South Bay to East County to North County San Diego and from Tijuana to Temecula felt and heard something - but what was it?

News 8 viewers described the mystery occurrence saying their windows and doors shook and many heard a loud noise. Some described feeling multiple shakes. Some guessed it was a sonic boom while others suggested aliens from outer space. At least one San Diegan offered Padres slugger Manny Machado's bat as the culprit. Another referenced the movie "Top Gun," which was filmed here in San Diego.

Even San Diego Mayor Todd Gloria weighed in with a tweet that took the opportunity to encourage locals to get vaccinated.

Similar events happened on February 17 and March 10 in San Diego. Similarly, it was reported being heard but no earthquake was reported by the USGS.

Back in February, USGS said sonic booms, which are loud sounds associated with shock waves, are not uncommon in the southern California area.

Here are some of the reactions from people throughout San Diego after the incident:

Get vaccinated if you haven’t yet.#SanDiegoBoom

Did Maverick buzz the tower? pic.twitter.com/t9vypzEY0S

Felt it in Carlsbad (La Costa)! Windows rattled like crazy.

Thought it was Machados bat pic.twitter.com/gsHynNsWKm

Did you feel the shake? People all across San Diego County are reporting feeling an earthquake or sonic boom around 8:20 p.m. Tuesday night pic.twitter.com/sAbtOvPawl

RELATED: Did you feel it? Mystery 'boom' and shaking reported across San Diego