All 17 parents waived their court appearance and instead had their attorneys appear on their behalf to enter their not guilty pleas. Kimmel faces three charges, including money laundering. 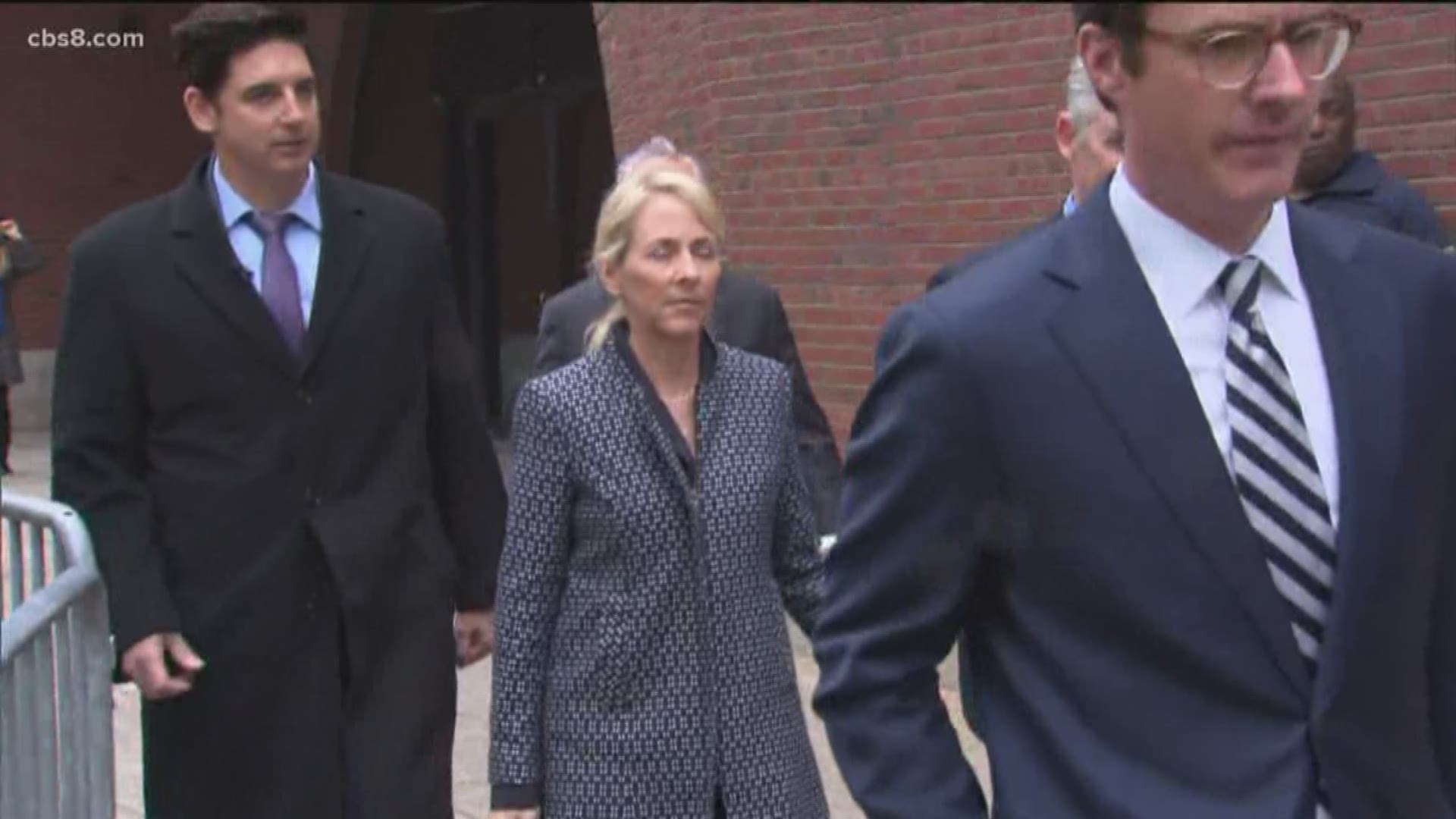 SAN DIEGO — Former KFMB stations owner Elisabeth Kimmel on Monday was among the 17 parents who formally entered a not guilty plea in the college admissions scandal.

Actress Lori Loughlin and her fashion designer husband were also among those parents who entered a not guilty plea.

All 17 parents waived their court appearance and instead had their attorneys appear on their behalf to enter their not guilty pleas. Kimmel faces three charges, including money laundering.

“The criminal justice system is a long process. It starts with that first not guilty plea which is ‘show me the evidence.’ If you have multiple charged in a conspiracy and multiple are talking, making phone calls sending emails, writing checks, pretending it is to a charity, each of the individuals are entitled to all of that information that may implicate them or exonerate or show they have a lesser role – less involved,’” she said.

Kimmel has been accused of paying close to a-half-a-million dollars to get her children admitted to Georgetown University and the University of Southern California.

Besides Kimmel, 16 other parents, including Loughlin and her husband Mossimo, formally entered not guilty pleas. According to prosecutors, the couple paid $500,000 to get their two daughters into USC.

CBS News legal analyst Rikki Klieman said “if they have real physical evidence against Lori Loughlin, she and her husband are going to be in for a quick guilty verdict and a big punishment.”

Meanwhile, Von Helms said more arrests could be coming because there have been some who have been named in court documents who have not been charged.

“People’s spouses, peoples’ children, friends, sisters, brothers, cousins – they may have not charged those individuals yet in order to have bargaining power,” she said.

That includes Kimmel’s husband – a former San Diego deputy district attorney. His name appeared in court documents, but so far, he has not been charged with anything.

Several of the defendants have agreed to take plea deals.

The highest profile in the case is Desperate Housewives actress, Felicity Huffman. She is scheduled to plead guilty May 13.