Dia Abrams transferred her ranch and houses into a trust before she disappeared on June 6. 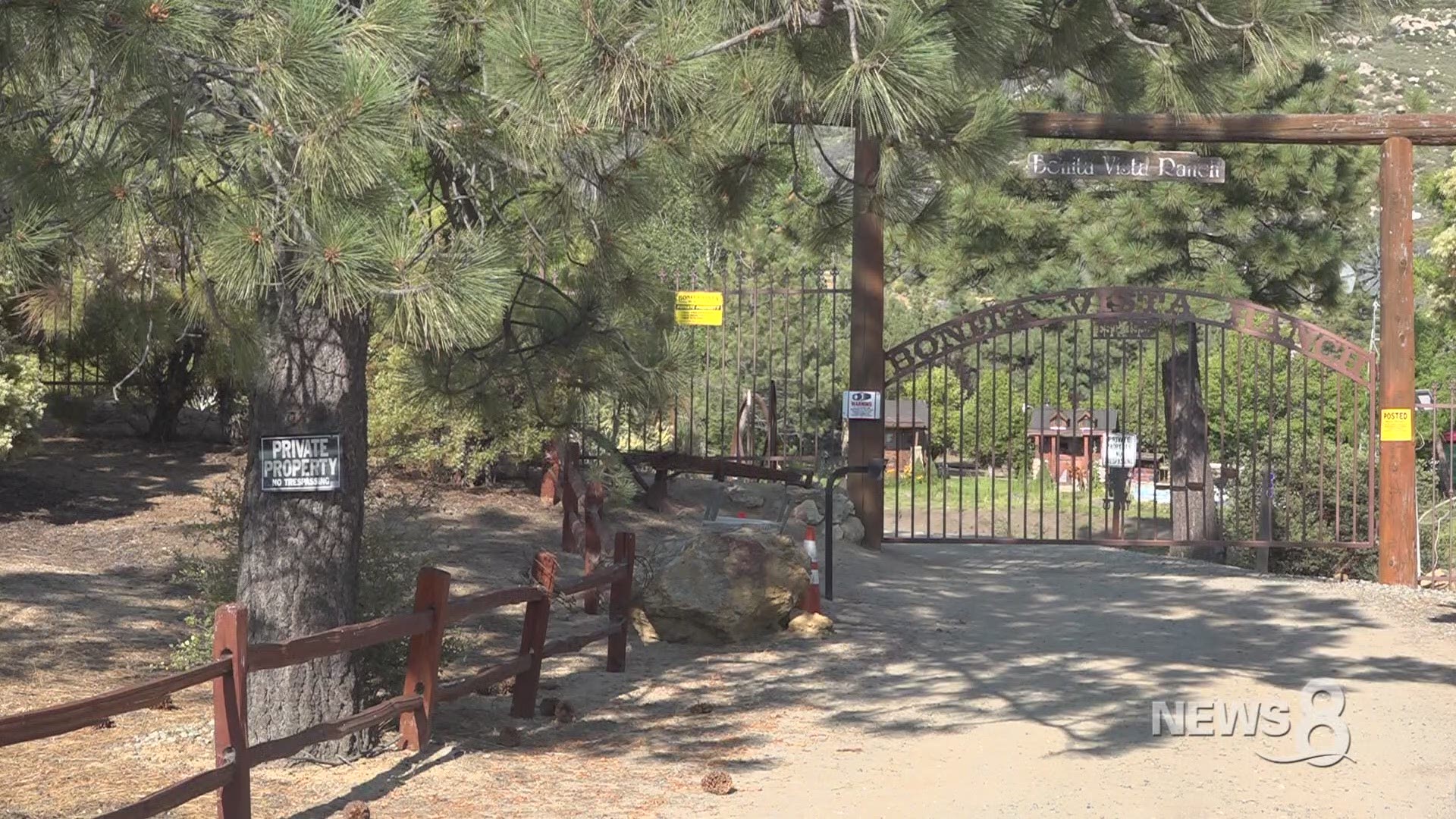 IDYLLWILD-PINE COVE, Calif. — News 8 has learned more about the mysterious disappearance of a former La Jolla woman near Idyllwild.

Records show millionaire Lydia “Dia” Abrams signed a series of property transfers before she went missing from her ranch in the San Jacinto mountains.

Keith Harper identified himself as Abrams’ fiancé during an interview in early August with Los Angeles TV station KTLA.

“It's tough and to not get any information,” he told the TV station.

Harper, 71, said he was working at the ranch on the day Abrams went missing, June 6.

“They searched the property extensively [and] did not find her,” Harper said.

She disappeared without a trace, according to Harper, leaving her cell phone, wallet and vehicle behind at the 115-acre ranch in Apple Canyon, 11 miles east of Idyllwild.

Two months later, Harper said his fiancée’s 66th birthday has come and gone, as well as their planned wedding date.

News 8 has learned that Abrams signed off on a series of property transfers just two weeks before she went missing.

The records show she transferred a total of five parcels from her name into a December 2016 trust entitled Dia Kenshalo Abrams Trust.

The transfers included a parcel with elaborate ranch houses in Apple Canyon, a nearby house to the west of the ranch, and another house in Garner Valley, where friends said Abrams kept some of her horses.

The trust itself was not recorded. So, details of the trust and exactly who might stand to inherit the properties remain private.

Harper did not respond to a News 8 message seeking comment as of Wednesday but this is what he told the KTLA reporter two weeks ago:

Abrams has a son and daughter living in La Jolla. They declined to comment on the case.

RELATED: Detectives investigate 6 missing person cases in and around Idyllwild

Three other people remain missing in the Idyllwild area but there is no evidence to indicate the cases are related.

Anyone with information on Abrams of the other cases are asked to contact the Riverside County Sheriff's Department.