In 2015, then-Governor Jerry Brown signed Assembly Bill 403, mandating that group homes for foster youth only be used for short-term care 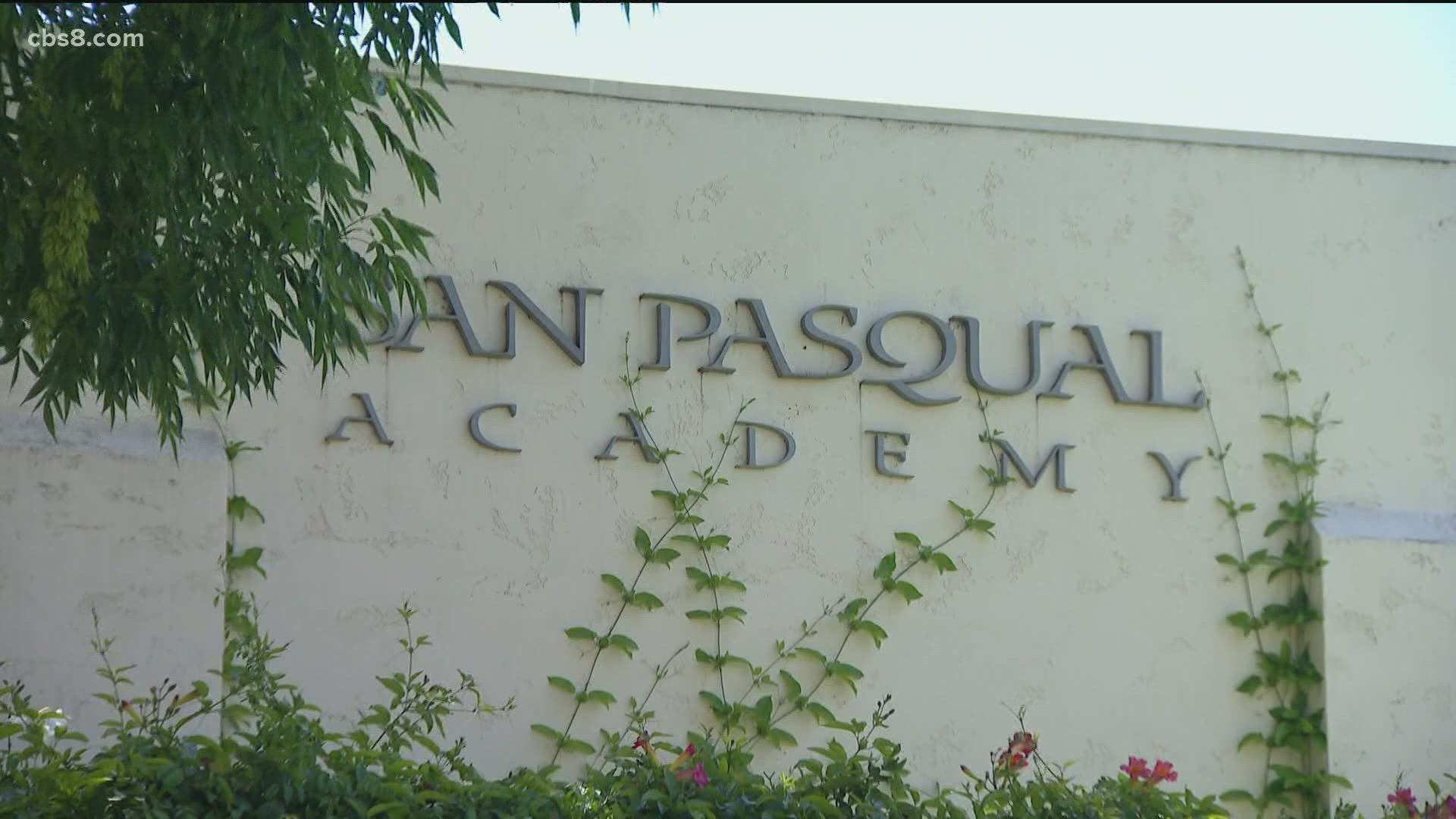 SAN DIEGO COUNTY, Calif. — A foster youth program in Escondido is on the brink of being shut down, thanks to a bill passed six years ago. Staff and former students say the program is a success and now they’re suing the State and San Diego County to keep it open.

Last month San Diego County agreed to allow San Pasqual Academy to remain open for the next school year. But the Academy said they can prove just how effective the program is and now they’re doing everything they can to keep the program alive.

“They do so much for us that we know that people out there, like that, care about us,” said a student in a video before attorneys spoke at the press conference.

Board members, former students and the legal team for San Pasqual Academy gathered in San Diego Tuesday and showed this video highlighting the success of the foster care program. Today, a local law firm sued San Diego County and the State to stop the Academy from closing for good.

“The State of California and the County of San Diego want to shut them down and send these foster kids back into the system, where they’ve gone through an average of seven or eight placements,” said Paul Jonna, an Attorney with the LiMandri & Jonna law firm representing the Academy.

Back in 2015, then-Governor Jerry Brown signed Assembly Bill 403, mandating that group homes for foster youth only be used for the short-term and that by 2021, foster children should be placed with a committed family for long-term care.

“They carved out an exception to AB 403 in what’s called Section 121, which we reference in our complaint, that describes the San Pasqual Academy program and it makes it clear that that program is intended to continue, for the obvious reasons, that it works,” said Charles LiMandri, an attorney with LiMandri & Jonna LLP.

The Academy has an on-site high school and small group cottages for youth, with 24-hour foster parent supervision. The Attorneys said the State will no longer license or fund its operation. If the courts don’t stop the closure, the County will have to reassign nearly 100 young people, like Natasha Strain, who says the Academy changed her life.

“I ended up going to college and I graduated from Cal State San Marcos and basically I’m here today to tell you that the Academy works because I am living proof. I lived it. I became a better person and I beat the statistics of foster youth in the system because of the Academy,” Strain said.

The County said they’re exploring options for the campus that will support foster youth. They also say they’re working on creating a smooth transition for the children if the program is discontinued.