Crews on scene administered Narcan to the four who were then taken to hospitals in various states of consciousness. 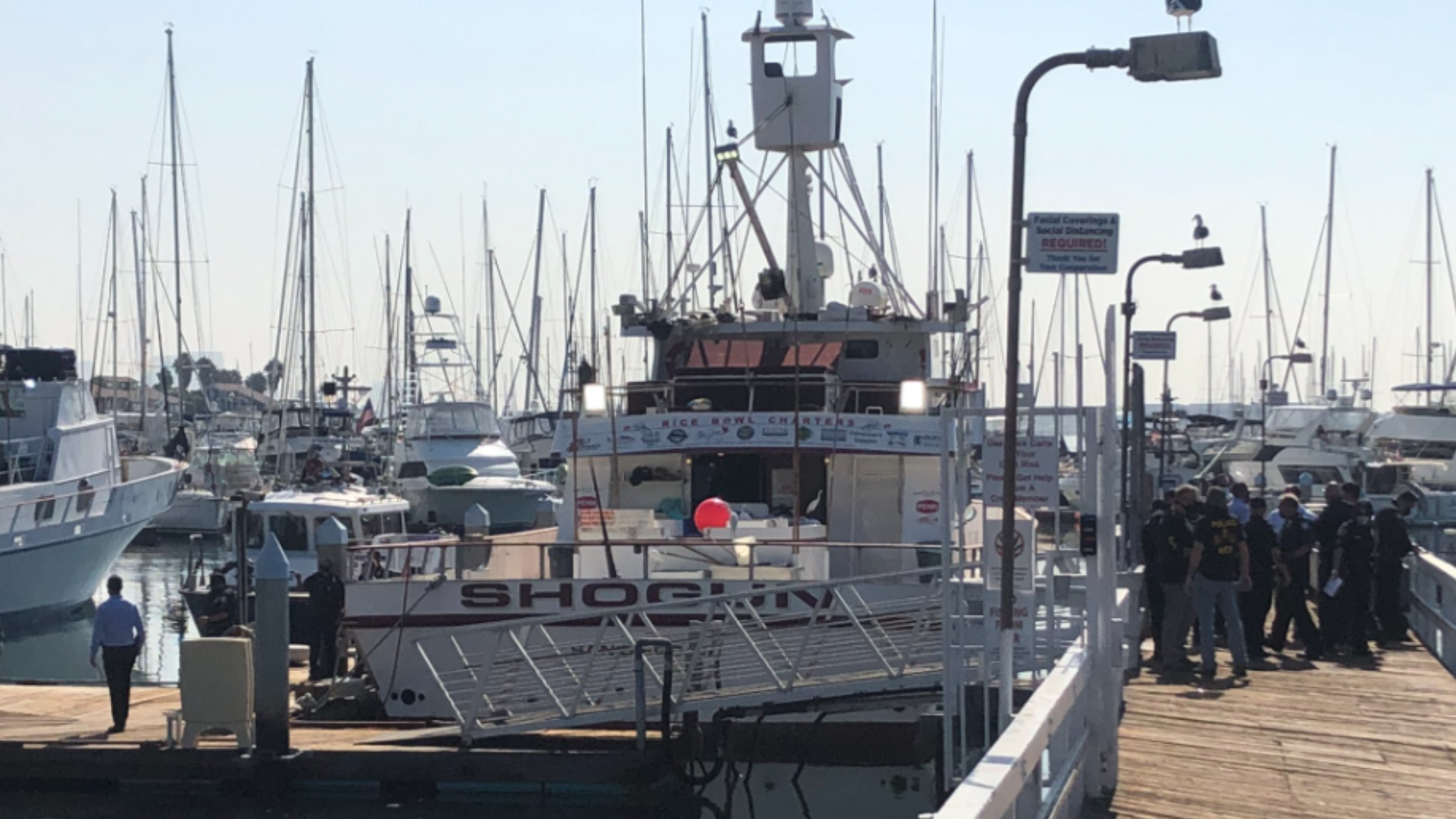 Crews on scene administered Narcan to the four crew members who were then taken to hospitals in various states of consciousness. News 8 learned that two of the people were taken to Mercy Hospital, one to UCSD and it was unclear where the fourth was taken. The four crew members are expected to be ok.

The overdose prompted a large police presence including the NTF, Harbor Police and San Diego Police. Authorities say there was such a large turnout because of the "suspiciousness" of finding four overdoses in the same spot.

The Shogun had just returned from a three-day fishing tour and no guests were on board when the suspected overdoses occurred. The ship was scheduled to go on another three-day tour later Thursday.

A customer who was supposed to go on the trip later Thursday told News 8, "When we saw the first ambulance, we were hoping someone broke their arm. Something little like that, and it would just slow us down. But then when more and more guys started showing up and we saw the captain being hauled off on a stretcher, we knew."

According to Harbor Police, no arrests have been made, but they are speaking with witnesses.

@SanDiegoPD and Harbor Police are responding to multiple overdoses aboard “The Shogun.” The charter boat was supposed to be leaving for a 3 day trip but never left. @CBS8 pic.twitter.com/FBrMLRlxlt