County Supervisor Nathan Fletcher said that while "justice was served today in Minnesota," there remains a "serious problem of systemic racism and perpetual violence 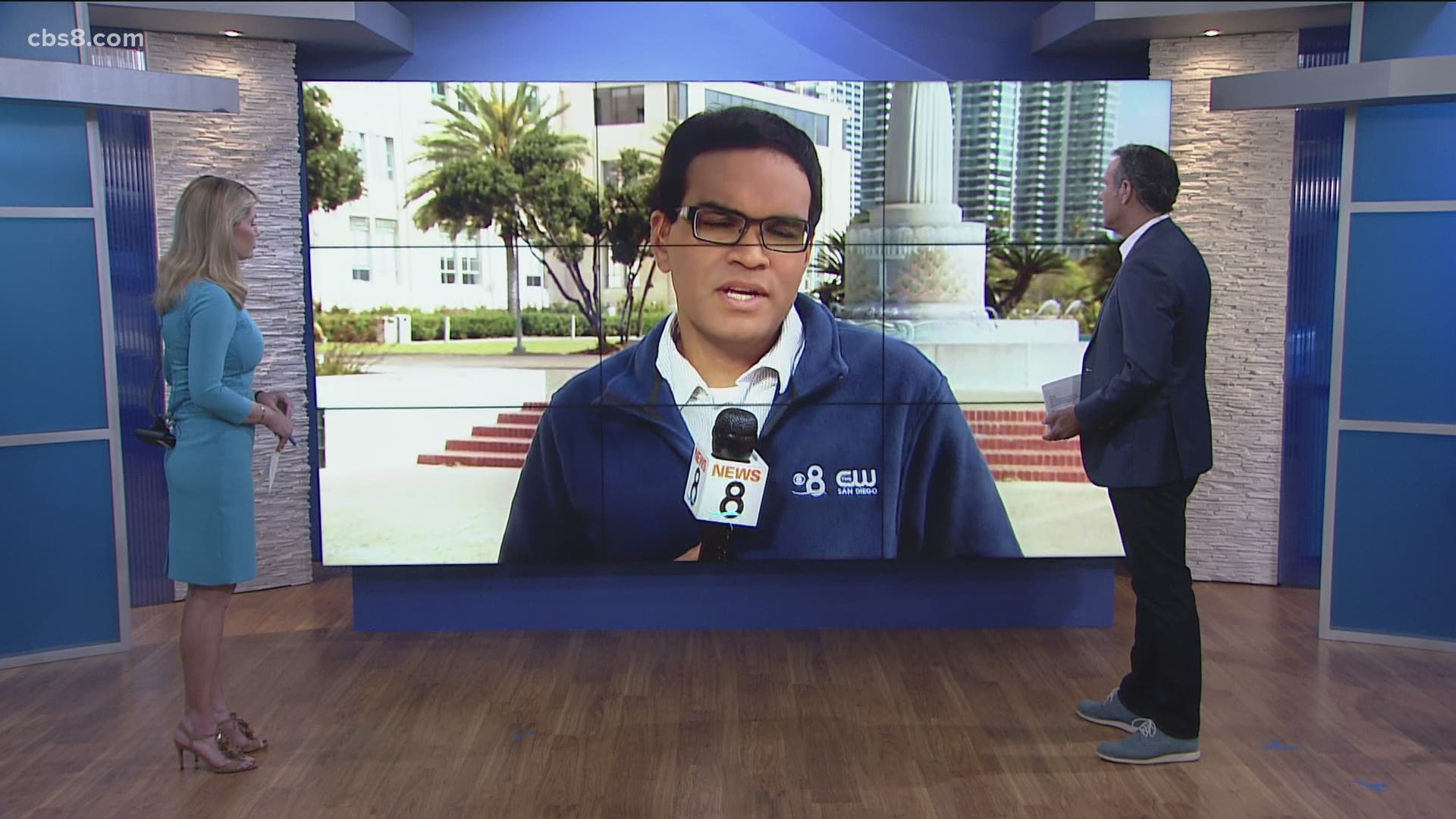 SAN DIEGO — San Diego-area elected officials and local leaders reacted to Tuesday's conviction of former Minneapolis police officer Derek Chauvin for the death of George Floyd, with many saying the verdict represented a positive step toward addressing racial inequities and accountability in policing.

"The jury has rightly called this case what it was: murder," San Diego Mayor Todd Gloria said. "Derek Chauvin's actions were an abuse of power and a disservice to the men and women who nobly protect and serve our communities -- and now, he will be held accountable.

"Today, millions of Americans know that their cries for justice were heard," he said. "In the same way people across the country rallied to speak up for George Floyd, it is my hope we will take up the important work that remains to address the systemic wrongs against Black people in this country and come together to heal. I encourage all San Diegans to honor George Floyd's memory peacefully."

Rep. Sara Jacobs, D-San Diego, and Rep. Mike Levin, D-San Juan Capistrano, said the verdict addressed a growing need for accountability in law enforcement. They urged passage of the George Floyd Justice in Policing Act, which would set a series of national standards on policing, including banning chokeholds and no-knock warrants, and requiring de-escalation techniques before use of deadly force.

"True justice would mean George Floyd returning home to his daughter," Jacobs said. "Today's guilty verdict is one step in the long march toward equality."

Levin said, "Justice has prevailed. Derek Chauvin will be held responsible for his actions, but that doesn't change the fact that George Floyd should be alive today. We must do more to improve policing & hold law enforcement accountable."

County Supervisor Nathan Fletcher said that while "justice was served today in Minnesota," there remains a "serious problem of systemic racism and perpetual violence against communities of color across our nation."

"The work to fundamentally deliver justice and fairness for communities of color must continue," Fletcher said.

County Supervisor Nora Vargas said Floyd's death was representative of "an inequity in how justice is dispensed and denied to people of color."

"George Floyd did not deserve to die, and his killer acted of his own volition in playing judge, jury and executioner," Vargas said. "The verdict, in this case, will not heal the loss George Floyd's family and community must live with. We continue to be reminded almost daily through the various injustices in the news and the various stories that don't make the news, that we have a long way to go as a country to dismantle the institutions that have unfairly and discriminately been used against communities of color, particularly our Black communities."