These unmarked, untraceable firearms now make up 30% of all firearms recovered by the ATF here in California. 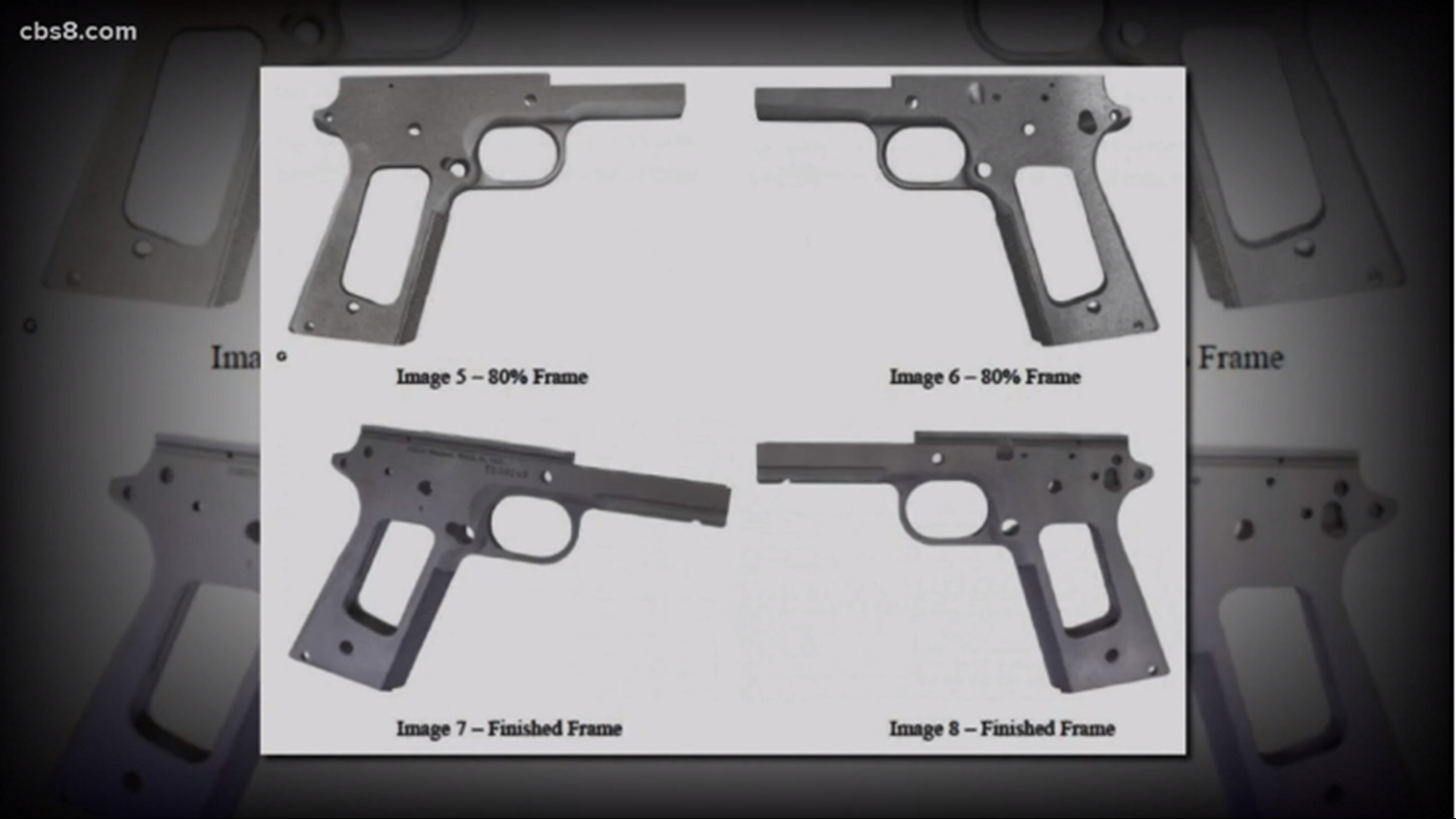 SAN DIEGO COUNTY, Calif. — When 15-year-old Gracie Ann Muehlberger arrived at school the morning of November 14, 2019, one of her main priorities was to buy a ticket to her first high school dance: an upcoming milestone in her young life.

"She was so excited, going to pick her dress out and all those things," her father, Bryan Muehberger, said. "Gracie was just a full-of-life, free spirit, happy-go-lucky individual."

It was a milestone the Saugus High freshman in Santa Clarita never reached.

Just a short time after buying that ticket, as she stood on the quad waiting for school to begin, a 16-year-old fellow student was standing nearby at almost point-blank range.

"He reaches down in his backpack, pulls out a ghost gun, and fires it right in the back of my daughter," Muehlberger told News 8.

In the end, the boy killed Gracie, 14-year-old freshman Dominic Blackwell, and himself, with an unmarked, untraceable 45-caliber pistol assembled from an on-line kit: a weapon known as a "ghost gun"

"I had never even heard of a ghost gun before November 14, 2019," Bryan Muehlberger said.

Muehlberger is now part of a federal lawsuit brought forward by California Attorney General Xavier Becerra, who is suing the Trump administration to crack down on these unregulated do-it-yourself kits, secured with no background check and providing the buyer all the parts needed to assemble a lethal firearm at home.

While California requires 'ghost gun' owners to apply for a serial number, most states do not.

This lawsuit asks the ATF to change its definition of what constitutes a firearm.

"The ATF allows these guns to go unchecked, despite having the authority under the gun control act to regulate them," Becerra said. "They are fast becoming the weapons of choice for illegal gun traffickers, organized criminal gangs and, unfortunately, for mass murderers."

In fact, according to the lawsuit, ghost guns make up 30 percent of all firearms the ATF recovers every year in the state of California. Here in San Diego County, the number of ghost guns seized by law enforcement has shot up by 940 percent between 2017 and 2018.

While the ATF declined to comment on this pending litigation, the Firearms Policy Coalition, a California-based organization defending gun owners' rights, has called the lawsuit "frivolous" and  "another outrageous example of Attorney General Becerra attacking law-abiding gun owners," adding that the ATF's policy "is both legally sound and common sense."

"I'm a gun owner myself," Gracie's father responded. While he is a staunch supporter of the Second Amendment, Bryan Muehlberger does not believe it should be so simple to access one of these weapons, whose sales are now sky-rocketing during the pandemic.

To prove his point.. Muehlberger said that, with little effort, he was able to use his iPhone and a credit card to quickly order a ghost gun in his daughter Gracie's name.

When the package arrived at his home, "I broke down and cried," Muehlberger told News 8. "I mean, how can you not? Because I thought, they're going to figure it out, right? They are going to figure out that this was a minor child who died at the hands of a ghost gun, just type her name in for god's sake. And lo and behold. It showed up."

Gracie would have turned 16 just a few weeks ago.

"Not a day goes by that something doesn't trigger a thought or emotion," Bryan Muehlberger added. It could be something as simple,  he said, as spotting another father leaving a donut shop with his own daughter: something that he recently experienced..

"And I just, I broke down, because that could be me," Muehlberger added. "And it's not. It is always there... it never goes away."

Bryan Muehlberger has also started a non-profit in his daughter's memory. For more information on the GracieStrong Foundation, click here.