The six-wall mural is on Palm Avenue. 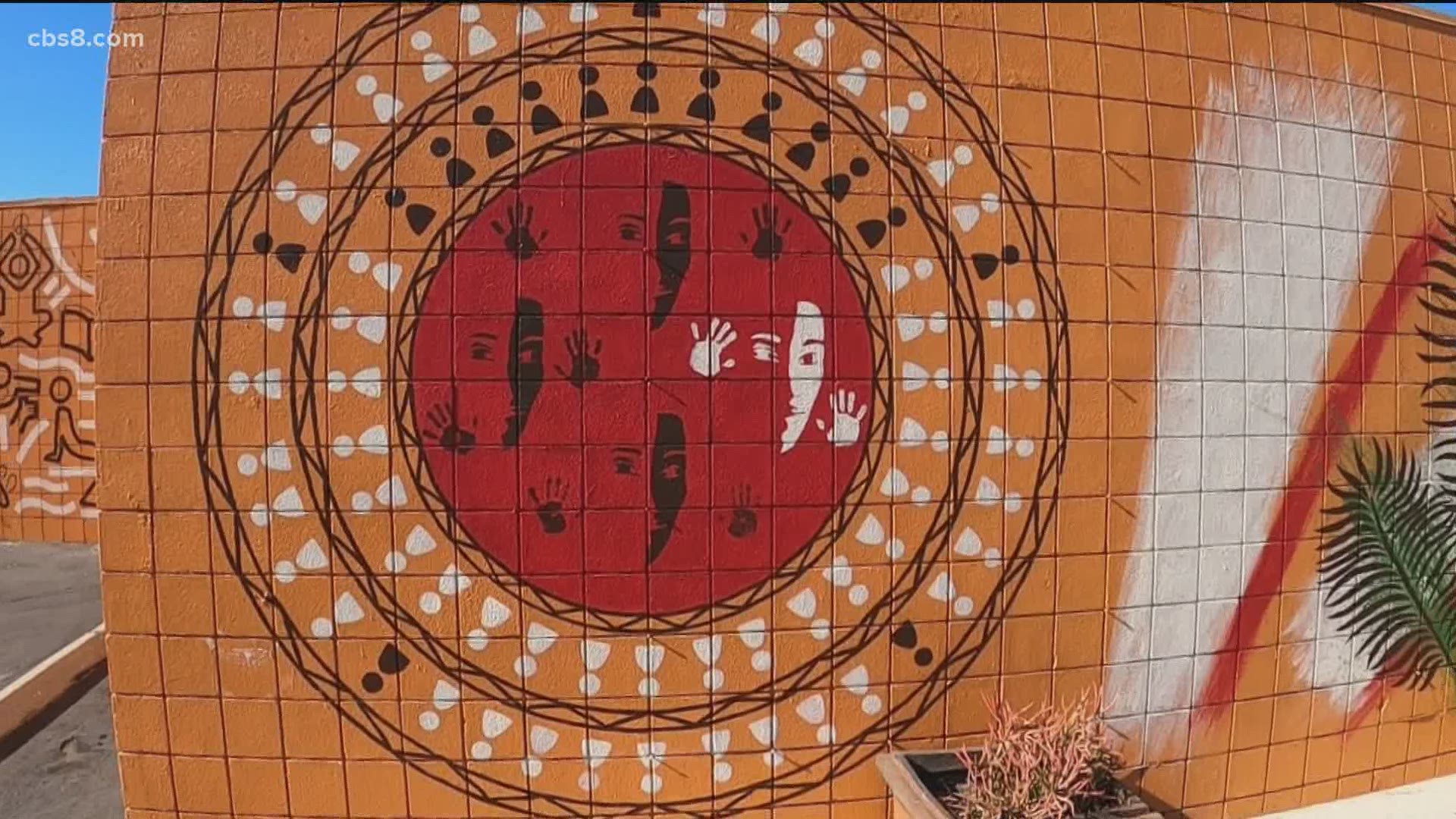 IMPERIAL BEACH, Calif. — It’s been six months since the death of George Floyd in Minneapolis rocked this nation, leading to days of protests throughout the country and calls for justice. On Sunday, a group of activists in Imperial Beach unveiled a mural in honor of George Floyd and the impact he’s had on issues of race and equality.

The George Floyd case has moved people all over the world to want to memorialize his image as a symbol of the Black experience in America, and that’s what an artist in Imperial Beach said she wants to do.

“For me it’s not political because I’m just making a statement about injustice. Period,” said Milan Elise Finnie, the artist who painted the mural.

Twenty-six-year old Finnie believes she’s created one of the most pivotal pieces of art in her young career. She was commissioned by the Imperial Beach People’s Alliance to capture the spirit of George Floyd’s life. Finnie chose to highlight Floyd’s youngest daughter who was just six years old when her father was killed in police custody.

“As I started to actually paint Gianna Floyd’s face, I got this overwhelming feeling of weight because I thought about her. And that’s why I chose her face for this project. She has to live the rest of her life without a father,” Finnie said.

The mural is a six-wall painting that the Alliance believes will represent anti-racism in Imperial Beach. The illustration features a ring of statistics that shows what they said is the disproportionate rate of Black people killed by police in America.

“I learned more racial epithets about my color from officers than I did in school or in the public. So it hit me personally because I could easily see my face in George’s face,” said Marcus Boyd, a founding member of the Imperial Beach People’s Alliance.

Boyd said the owner of the building allowed the group to paint the mural, located on Palm Avenue. He said the mural is an outward expression of the Alliance, a group he said was created in response to George Floyd’s death and in support of the Black Lives Matter movement.

Finnie said she’ll put the finishing touches of paint on the mural Sunday and she hopes that when people see it, they get the messages of humanity she tried to display.

San Diego Artist Milan Finnie puts the finishing touches on a mural created to honor #GeorgeFloyd in Imperial Beach. Tune in to #CBS8 at 5pm today to find out more about the group that commissioned the 6-wall project @CBS8 pic.twitter.com/9Q3JByshfW