County staff told the Board of Supervisors that the changes recommended by SDSU were not necessary based on the current state of the program. 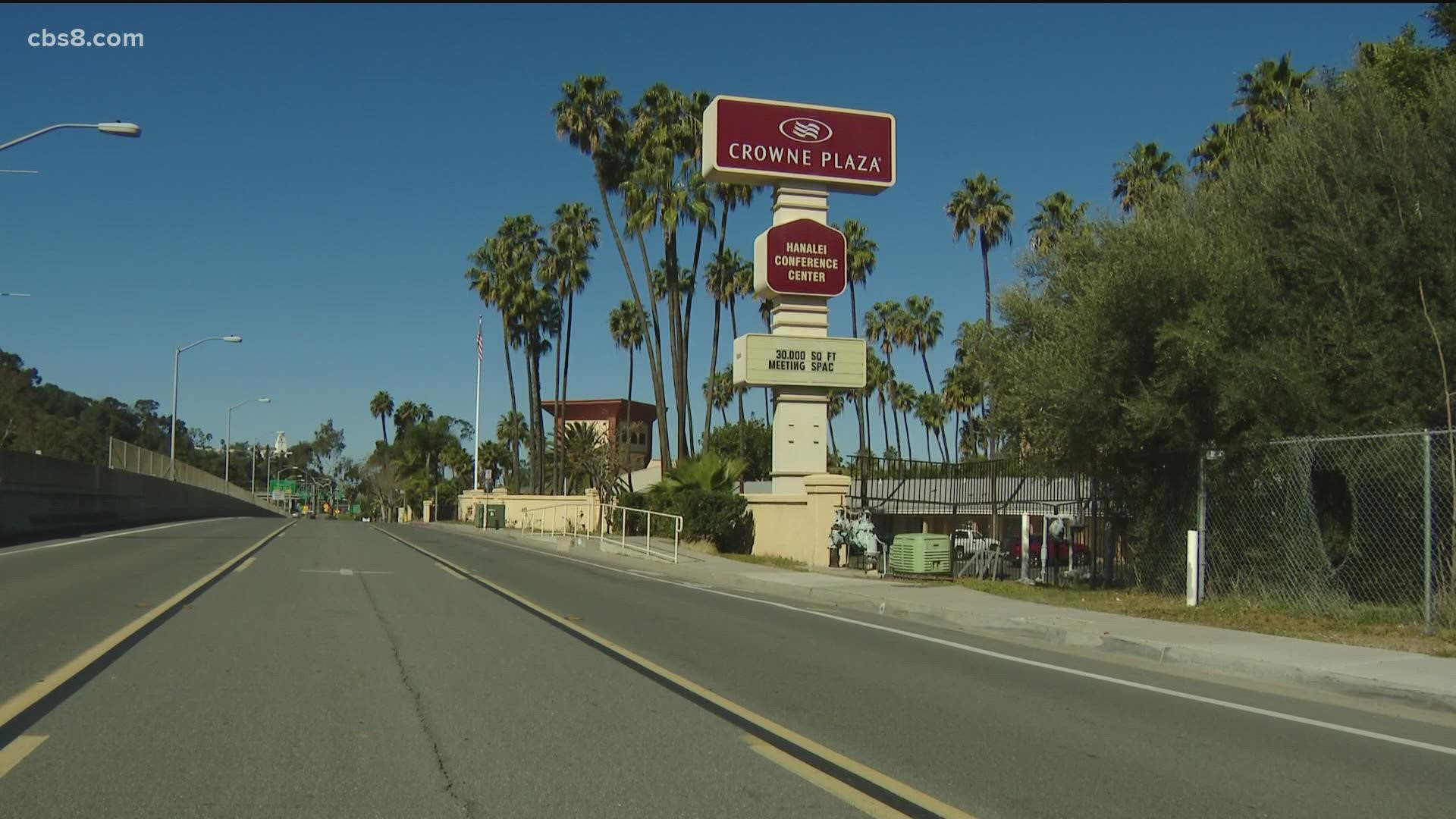 And despite recommendations from San Diego State University, officials said they will not provide around-the-clock nurses, mental health services or over-the-counter medications for people isolating in the hotels.

County staff told the Board of Supervisors that those changes are not necessary “based on the current hotel population, and the infrequent requests for services,” according to a seven-page memo dated Sept. 29. Staff will move to implement those changes if needed, the memo said.

The hotel program, established in March 2020, was the first of its kind in an attempt to prevent the spread of COVID-19. It was intended to provide temporary housing for those who needed somewhere to isolate after coming in contact with the virus — many of whom are homeless and might be struggling with mental illness or substance use disorders — and has now served more than 12,000 people. But it has been plagued with problems from the beginning.

The memo, obtained by inewsource Thursday, is in response to a commissioned SDSU evaluation that confirmed inewsource reporting over the past year and a half about neglect and mismanagement in the troubled hotel program.

Released Aug. 3, the evaluation commended county staff for successfully preventing the spread. But it also said the county’s contractor, Equus Workforce Solutions, is unqualified to run the program and employs poorly trained staff, who forced residents to suffer through long delays for much-needed medication and who allowed gaps in services that may have led to overdoses and suicide.

The memo is the county’s first indication of what officials are doing to improve the hotel program, but it only addresses the first of SDSU’s nine recommendations — the one that suggests 14 changes to improve the program right away.

The need for on-site nurses, behavioral health specialists and access to over-the-counter medicine 24-hours a day was at the top of SDSU’s list of suggested changes. But since SDSU’s evaluation, officials have said the program had to pivot from assisting mainly homeless people with COVID-19 to asylum seekers released by Customs and Border Protection, meaning this new population has different needs.

According to the memo, county officials said they have already addressed nine of those suggested changes and implemented quality assurance measures. That includes ensuring medications are delivered in a reasonable amount of time, offering unlimited snacks and water, assigning one case manager to coordinate services for each guest, and providing clean bedding, towels and toilet paper in a timely manner.

Officials have also taken steps to fix two other problems: Improve the food selection and delivery, and ensure staff follows a script for intake calls, wellness checks or other screening services.

But they rejected three other recommendations. In addition to 24/7 medical services, officials also declined to limit deliveries and search people’s belongings, unless there’s a safety issue. That recommendation stemmed from rampant drug use that has occurred in the hotels.

This plan of action comes one week after a county spokesperson described an expanding program and an elevated need for services to justify an $83 million payment increase for Equus in the middle of the evaluation. Staff wanted to ensure funding is available as quickly as possible in case of a pending surge in cases, a spokesperson said. All told, the county is on track to spend $140.6 million, with Equus providing invoices for services provided.

The County Board of Supervisors ordered the evaluation in early March, after an inewsource investigation exposed severe gaps in services and a suicide in a hotel room that wasn’t discovered for five days. Officials agreed to pay SDSU $140,000 for the evaluation but have refused to answer specific questions about the findings.

inewsource has attempted to interview every county board member since release of the report, but none have been willing to discuss it in an interview.

In a statement released Friday, Board Chairman Nathan Fletcher said county officials and contract employees have had to respond quickly to an unprecedented pandemic. They continue to take action when unpredictable situations arise and make improvements as needed.

"My request for the independent evaluation of services at the isolation hotel was an acknowledgment that improvements to the services were necessary,” Fletcher said. “Fortunately, our county team and contractors did not wait for the final report to begin making some of the improvements."

As of Friday, nearly 300 people were staying in isolation hotels managed by Equus. The contract is set to expire at the end of the year, unless extended. As of now, there are no plans to discuss the report or the future of the program at a public meeting.

At the COVID-19 hotels, access to nurses, mental health specialists and medication is only available from 7 a.m. to 11:30 p.m., even though hotel guests are under a public health order to stay in their rooms while many suffer through COVID-19 symptoms.

But the county contends that the program is only supposed to provide a place to isolate and does not need “hospital-level care.” That underscores one of SDSU’s findings — a disagreement among county officials about the type of program that is needed. Some said the goal was simply to isolate people and prevent community spread. But others recognized that these hotels would become a shelter serving primarily vulnerable people with complex needs.

But “the most significant complaint” dealt with long delays for over-the-counter medications, SDSU’s report said.

“In several instances, the guest was ill with COVID-19, exhibiting symptoms such as fever, aches, chills, diarrhea, headaches and vomiting, but experienced long delays in receiving medications.”

One guest told SDSU researchers, “I had diarrhea and was vomiting, but I had to wait for medication. If I asked for it in the middle of the night, I would not get it until the next morning.”

Even on day shifts, SDSU said, several guests were forced to wait hours for medications.

Despite that, county officials don’t feel it’s necessary at this time to provide access to medication 24-hours a day. Medications are typically delivered within 30 minutes of request, the memo said, and officials will implement a quality assurance process to adhere to that timeline. But if the need arises, staff will find a contractor to make it work.

Until then, a spokesperson said the county has established a process to ensure people are provided doses to cover them through overnight shifts.

Mental health services were also identified as a weakness in SDSU’s report. The county has a contract with Telecare Corp. worth $13 million to provide that support, but a county staff member said, “Telecare is behavioral health lite. It is not for acute care. It can’t be used for crisis stabilization.”

Equus employees told SDSU they had only received on-the-job training, and never received formal training on behavioral health, trauma-informed care or de-escalation techniques. According to county staff, that has since changed. Equus now requires those trainings, as well as cultural diversity and conflict resolution. Officials did not say when that change was made.

Case managers are responsible for connecting people with the services they need, whether it's housing, financial assistance, substance abuse or mental health, and SDSU found some of that work was happening. The majority of people experiencing homelessness before entering the program returned to another shelter setting, while 22 people moved into permanent supportive housing, which was considered “an impressive accomplishment,” the report said.

But no single person is assigned to a guest to oversee all aspects of their care. Instead, the services are provided piecemeal and responsibilities are divided among multiple staff members.

“These gaps in care coordination may have led to both overdoses and suicide,” one county staff member said.

This has been addressed, too, according to the memo. Each guest is assigned to a social support counselor to coordinate services, but officials haven’t said whether each guest will have one person coordinating all aspects of care or when that change was made.

Most of the guests who responded to a survey had positive comments about the program, but some described uncomfortable and harrowing experiences during SDSU interviews.

“Employees treat us like animals, without any compassion,” a pregnant woman with two kids wrote in a complaint after leaving the program, according to the report.

“I don’t want any family to go through what I went through, it’s all inhumane,” she added.

Several guests said they needed clean sheets and towels, but were told they were not available or they would have to be placed on a waiting list, the SDSU report said.

“I cried myself to sleep because of being very sick and worried I would die,” one person told SDSU. “I could not get new bedding or towels — they said they couldn’t do it — not even drop me off some. I had been sweating in them for days. I had to dry the towels on the AC unit. When I asked for towels, they told me that this was not like regular hotel service.”

Others complained about not having any toilet paper, with one guest saying they had to get into the shower to clean up each time they used the toilet.

But now, county staff said all rooms are cleaned and restocked with bedding and towels prior to check-in, and that guests may use the room phone to request more. On average, items are provided within 30 minutes, and officials will rely on guest satisfaction surveys to quickly address any areas that need improvement. Officials have not said when those changes were implemented.

A spokesperson said providing these necessities has always been a priority, and while SDSU identified instances when this goal was not met, “the suggestion that it was a universal experience is not accurate.”

Guests also complained about being refused snacks and water, despite the county’s contention that an unlimited supply has always been available upon request. But now, a quality assurance guest satisfaction survey will be used to gauge whether this is happening, according to the county’s memo.

Food quality was a big issue for hotel guests. Many complained they were hungry and portion sizes were too small. Some told SDSU they went hungry because they were repeatedly given meals they were allergic to or couldn’t eat, and they were told their needs couldn’t be met.

To fix that, county officials said Equus is “actively pursuing options to provide additional choices for meals,” and even started a pilot program last month to provide two additional dinner options. The county will rely on surveys to address any issues in the future, the memo said.

County officials plan to use SDSU’s report “as a valuable tool for identifying areas of continued refinement” for this program, as well as all similar programs in the future.

A spokesperson said the other eight recommendations listed in SDSU’s report — one of which includes evaluating the other Equus-run hotels for medically-compromised people who have nowhere to isolate — will be considered in the future.

Jill Castellano contributed to this report. 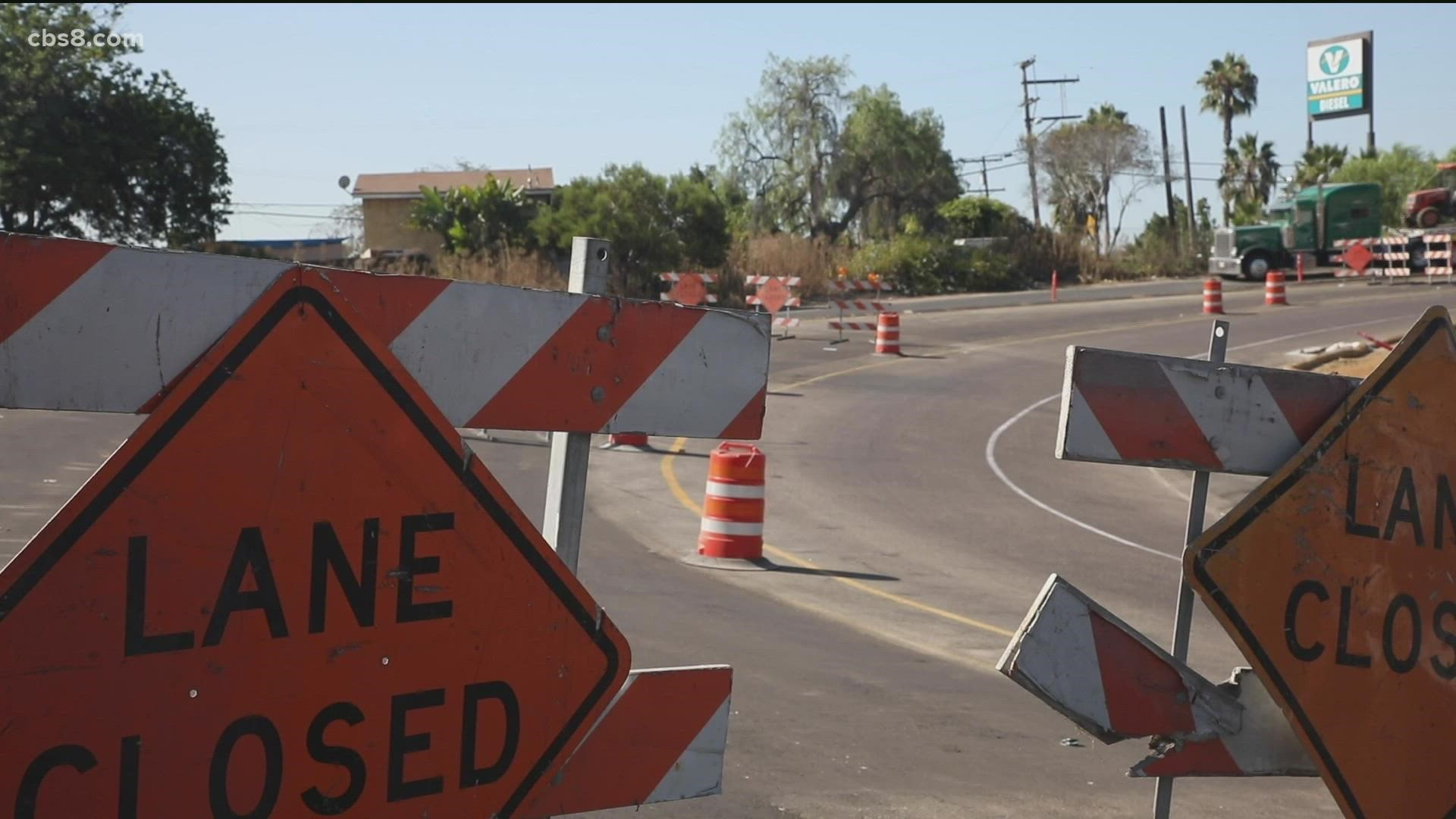