Managers at two restaurants believe the suspects in two separate break-ins are the same. 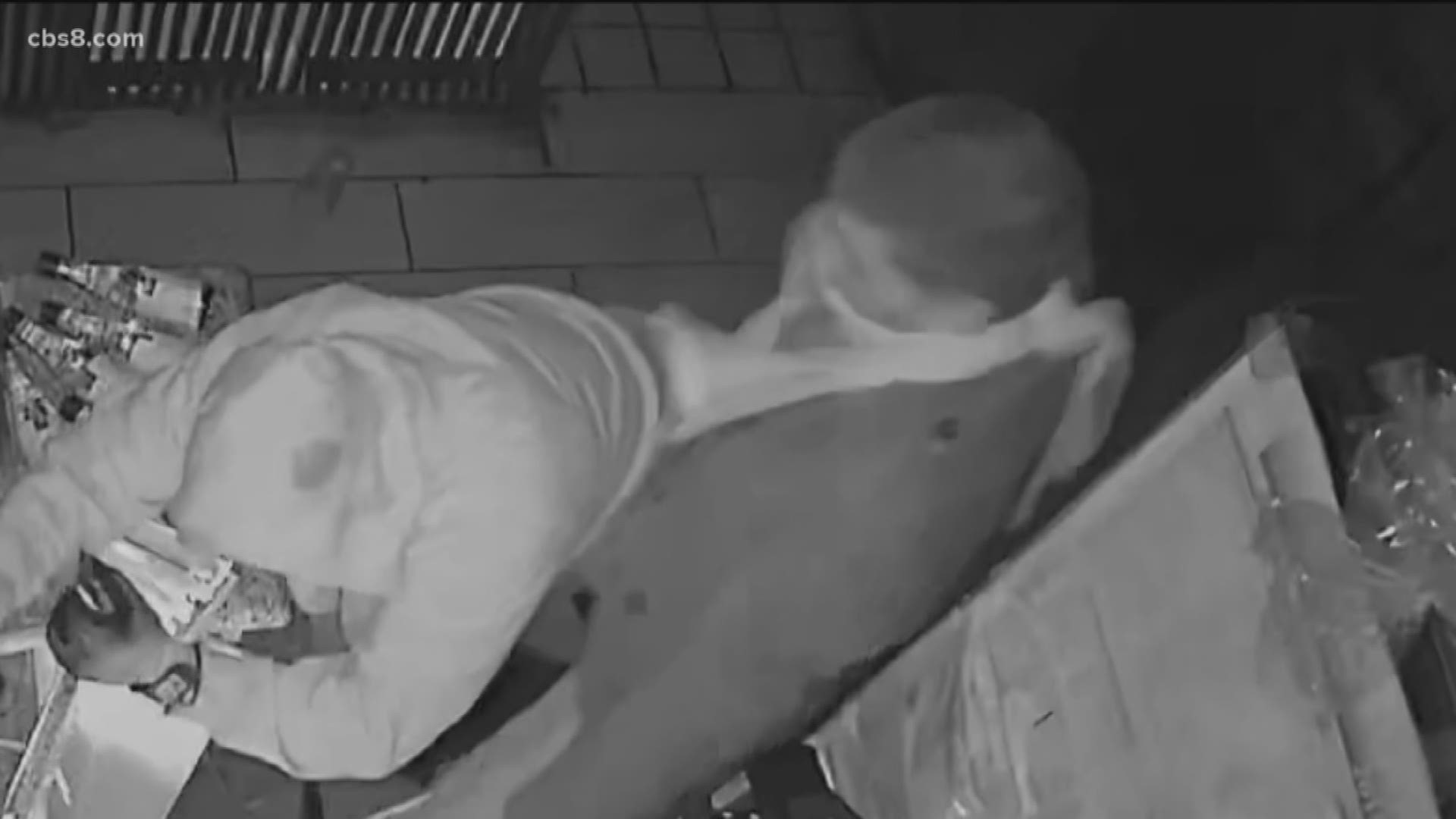 SAN DIEGO — Asian restaurant owners in Kearny Mesa believe they are the latest target of break-ins in the area, and the raids were all captured on camera.

On October 23, video footage captured a pair of suspects armed with gloves and flashlights as they broke into Okan Diner in Clairemont Mesa at 4:30 a.m.

At Okan Diner, surveillance video shows one of the burglars trying to pry open something they believe holds cash while a second burglar takes bottles of Sake.

Nao Miura, at Yakatori Hino, said he was awoken by police at his home telling him the restaurant had been broken into. When he arrived at the restaurant, he found a mess at the register.

“I saw the shattered glass, the broken doors. I have a feeling this is not going to stop,” he said.

Managers at both restaurants believe the suspects in both break-ins are the same.

One of the suspects is seen wearing a hoodie. A second suspect is seen with short hair and something that looks like a scarf wrapped around his or her face.

On September 22, Sushi Yaro on Engineer Road, also in Kearny Mesa, was broken into at 7:15 a.m.

“Why does he go after all the Japanese restaurants? We have alarms. We have video, but we can’t stop this,” said Sam Cha, Sushi Yaro owner.

In the case of Sushi Yaro, surveillance cameras were able to capture a convertible with a hooded man with his face covered get out and try to break into a neighboring business before breaking into Sushi Yaro.

The suspect was able to grab the cash register and is out in two-and-a-half minutes.

In the cases involving Okan Diner and Yakatori Hino, a white truck was seen leaving the crime scene.

No one knows if all the break-ins are connected, but the Japanese restaurant owners are spreading the word.

Anyone with information is asked to call the San Diego Police Department.